The Andy Wood interview is two hours of amazing mandolin and guitar pickin’, served up with heaps of style and musicality, and a hefty helping of Andy’s irresistible southern charm. The number of tasty musical examples is so plentiful we eventually had to tell him to stop playing, or we’d spend the rest of the year writing tablature for all of it.

Not only that, but we’ve got a guest host on board in the form of the awesome Ben Eller. It was in fact Ben who originally suggested we meet with Andy, so it was only fitting that he lend a voice to this investigation of Andy’s crosspicking and hybrid picking magic. 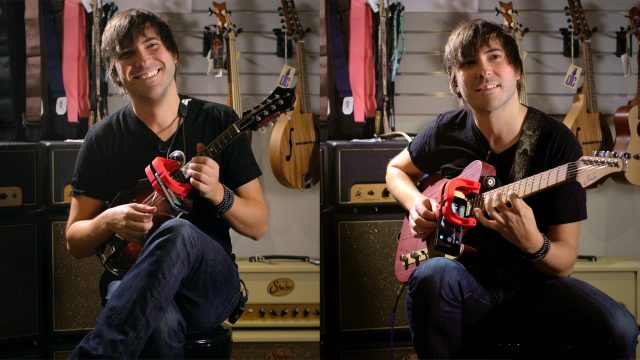