From The Shredcam To The Magnet: A Decade In Slow Motion Guitar 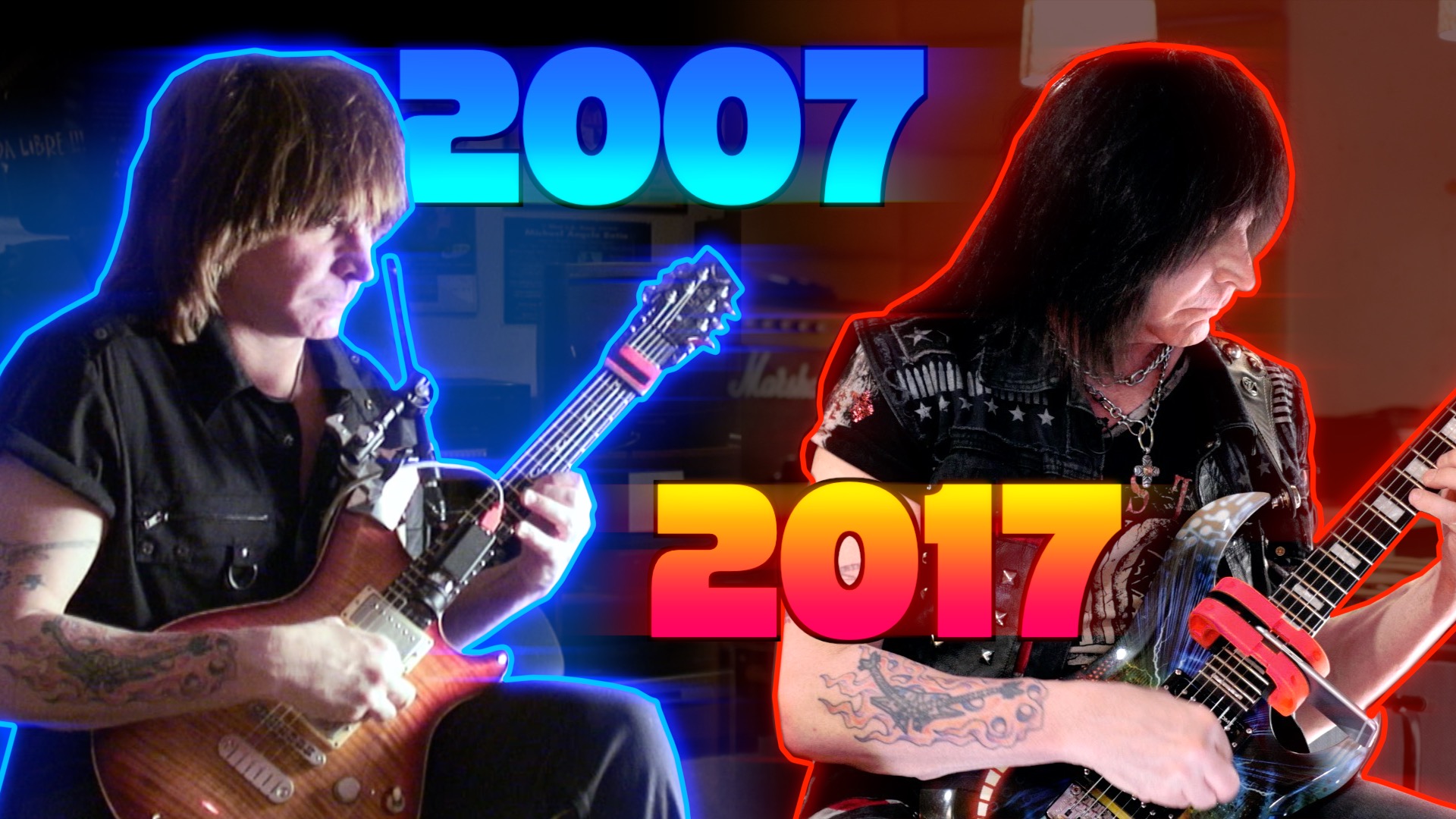 The Magnet, our custom designed guitar mount for smart phones, is currently speeding toward the successful conclusion of its Kickstarter campaign. If you haven’t yet checked out the project, now’s the time! As of this writing, you have about five more days to get in on the first batch of these liberating little devices, and unravel the mystery of your own technique.

It’s been a long haul to get here. Cracking the Code’s first slow motion camera rig hit the road in 2006. And as camera hardware went in the mid 2000s, that rig was no slouch. The brain was a Basler A602FC firewire camera:

Intended for scientific applications, the Basler was a computer-controlled firewire camera that could record about 120 frames per second at 656 pixels by 491 pixels of resolution, in full color. If you were willing to drop the resolution even lower, the camera could crank out even more frames, up to an astonishing 500 per second, albeit at postage-stamp sized frames. Despite the resolution sacrifice, the ability to vary the image size to increase its speed was unheard of at the time, even on high-end cinema cameras. This kind of sensor-level flexibility was strictly the domain of research cameras.

Also rare was the fact that the camera transmitted uncompressed Bayer-pattern data. This image format, referred to by the somewhat confusing all-caps non-acronym “RAW”, offers even greater quality, because no image compression is used during filming. What this means is that no data is thrown away at the time of recording, so you you won’t see any of that randomized square noise pattern, or macroblocking, which you may be familiar with when you film in the dark with camcorders and cell phones.

The downside is that RAW video files take up tons of storage space. The Basler generated 30 or 40 megabytes of image data every second, even at SD television levels of resolution. This was more than laptop hard drives could keep up with, so we recorded directly to RAM, dumping the files to hard disk more slowly once the recording was complete. The amount of available RAM on our travel laptop limited us to only about 10 or 12 seconds of video for each musical example before the software would start dropping frames and the recording would sputter to a halt.

Thankfully, when your interview subject is Michael Angelo Batio, 10 or 15 seconds is enough. This stunning example of ascending diatonic fours that he played in our 2007 interview requires only 7 seconds to blow your mind. It’s still one of the most amazing displays of scale playing we’ve ever recorded:

But even though players with Mike’s level of speed have no problem cramming interesting playing into short amounts of time, the time limit still imposed a serious practical constraint on spontaneity: how do you know when to hit record? In an interview situation, this isn’t always as easy you might imagine.

Great guitarists do all sorts of spontaneous things with their hands they often can’t recall on command, even if they want to. This was especially true with improvisers like Steve Morse. Steve of course played tons of amazing stuff, like this awesome keyboard-style wide interval pattern:

But I never knew just when he was going to play something great, and I wasn’t always ready with a gunslinger’s reflexes. That’s what happened in this excerpt of the awesome “Well Dressed Guitar”, where we only caught the tail end of the example:

And just as often there were tons of cool phrases we missed entirely because they happened during conversation, or when another video file was in the process of saving. That’s why we only have wide angle video for this super-slinky bit of chromatic blues improv:

Like most great improvisers, Steve couldn’t always remember what he had just played. And constantly asking him to repeat things he just did a moment earlier makes for a weird interview that almost feels like you’re going backwards. It’s a difficult way to have a conversation.

That all changed when the iPhone 5s unleashed upon the world the power of slow motion video in a phone. Not only was it able to record 720p HD resolution in full color at 120 frames per second, with synchronized sound. But its huge storage space and interview-length battery life meant we now had the incredible luxury of firing up the phone as the first thing we did, and leaving it on the entire time, even during warmup.

Very often, this warmup footage simply became the beginning of the interview. Frank Gambale and Oz Noy, both great improvisers, actually asked if we were already rolling. Yes, guys, thankully, we were!

What this means for research is really pretty incredible. Anything at all that the player does, even while they’re talking and not even thinking about it, we’re going to able to punch right in to that camera angle and see it. No more asking them to repeat something and putting them on the spot having to play exactly the same thing twice.

This also means we can now record entire songs. Michael Angelo Batio returned in 2017 for a second meeting, this time with the Magnet, ten years after his first interview. If there’s a Chuck Yeager of guitar camera test pilots, it might just be Mike! The live performance of his tune “Rainforest” featured more than one goosebump moment, especially when the big melodies roll in. Mike likes to write shreddy stuff and proggy stuff, but his best tunes also contain memorable lead hooks, and they’re great:

At the time of our first meeting with Mike in 2007, our original rig was a process to set up. The clamp hardware weighed several pounds, took up a large swath of fretboard, and threatened to poke an eye out if the player leaned in too far. But it offered the rare opportunity to peer directly into the very heart of great instrument technique. Every time we clamped the camera to the guitar of a player with Mike’s elite level of skill, it was a special time because we knew we were going to see something no one had likely ever seen before.

If you had told me that within ten short years I’d be walking around with even more slow motion power in my pocket, it would have sounded too good to be true. And yet here we are, each of us packing more communications equipment on our morning commute than a crew member of the Enterprise. In just about a week, the Magnet will wrap up its successful Kickstarter campaign. It’s been a long road to get here, and we’re super excited to bring that magical feeling of discovery to everyone soon. Warp drive not included!