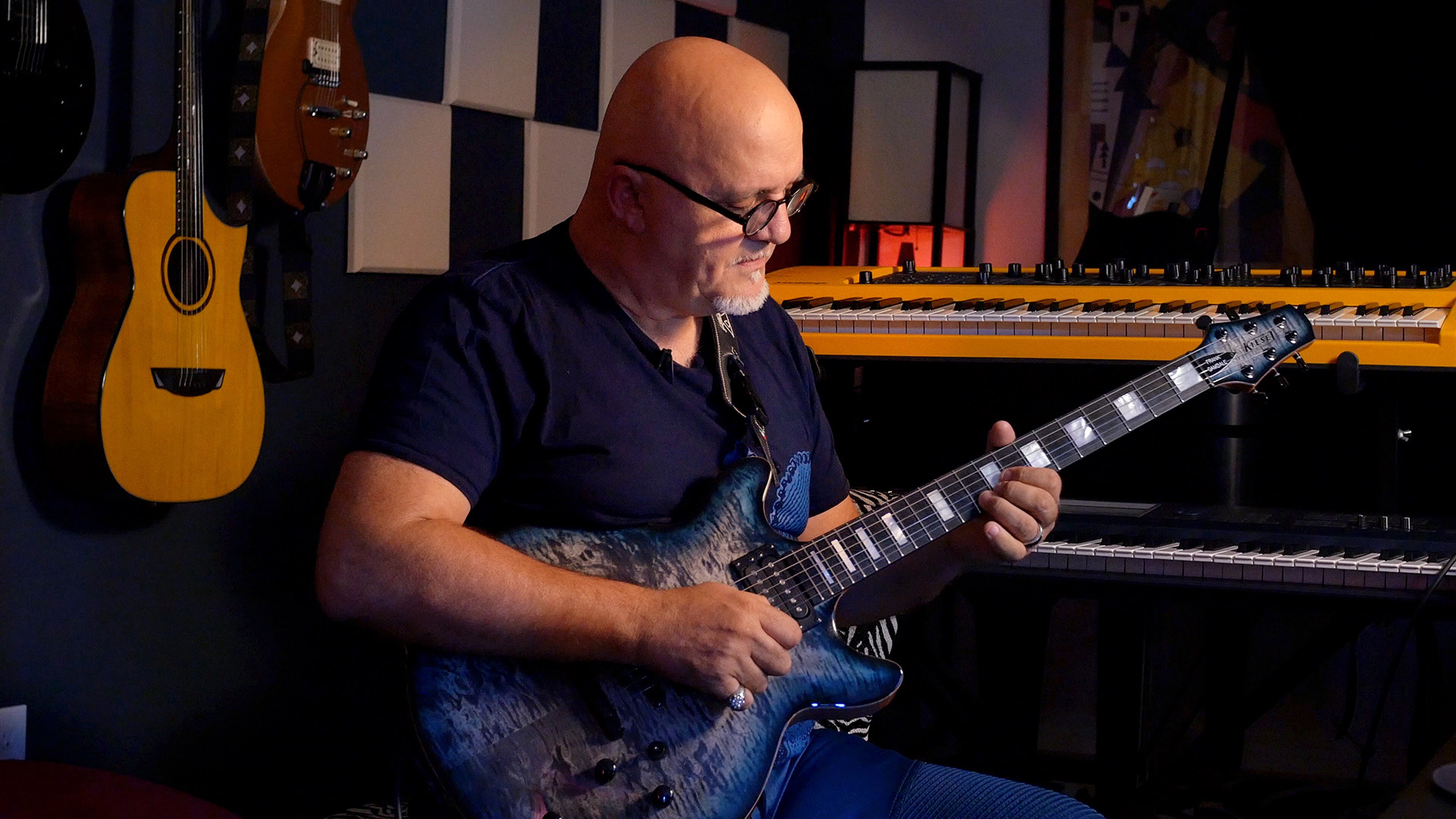 The Frank Gambale analysis videos are here! This is an hour-long feature series — a deep dive into Frank’s influential technique that we’ve been working on since last year.

We were fortunate to meet up with Frank in 2018, where we got a close-up look at what’s undoubtedly one of the most influential techniques in guitar.

In this detailed analysis series, we dig into the reasons why certain picking motions only work with certain arrangements of fretted notes. And we tie those concepts to specific motions that we can see that Frank makes under the camera.

Along the way we answer some long-overdue questions about the differences between alternate picking and sweeping, and provide our most exhaustive look yet at the ingeniously serendipitous interaction between pickslanting and picking motion.

The entire series is now on the platform for subscribers, as part of the full Frank Gambale Interview package. But we’ve made the entire analysis series free to watch on YouTube as well. Without further ado…

In this first installment, let’s do a quick overview of the topics we’re going to cover.

What exactly is “Gambale Sweeping” anyway? In this second installment of our series, we look at what Frank’s secret sauce of economized picking really entails, and why it brought certain types of lines within reach of more players than ever before.

Secrets of Gambale Sweeping! Ch. 3: The Mystery of Alternate Picking

Economy picking solutions like Gambale Sweeping combine both sweeping and alternate picking. The sweeping half of this tends to get the most attention, because alternate picking is just the pick moving side to side, and we all know how that works, right? Not so fast!

In this third installment of the series, we look at the concept of escape motion, and how it’s used by elite players like Frank, John McLaughlin, and David Grier, even when no sweeping is involved at all.

Secrets of Gambale Sweeping! Ch. 4: The Mechanics of Pick Attack

With all this motion in the ocean, how does he keep the attack sounding good? The answer to this simple question reveals the deeper relationship between the pick’s orientation and the way it moves.

What do you get when you combine two alternate picking motions, two sweeping motions, and Frank’s creative genius? Music!

In this final installment, we assemble the component parts of Gambale Sweeping into the complete system, and describe the simple set of rules that you can use to determine which motions go with which kinds of phrases.