Frank Gambale has made paradigm-shifting contributions to the technical development of the guitar.

As a picking motion, sweeping has always existed somewhere in the guitar consciousness. Tal Farlow, Joe Pass, George Benson, even Django have all used elements of one-way economy.  But Frank unleashed its full potential by giving it two dimensions.  Not only that, he provided a method to go along with it: odd numbers of notes on each string allowed you to keep moving in one direction, and even numbers allowed you to turn around. Suddenly, it was no longer just instrument technique. It was engineering applied to guitar picking mechanics, and opened the floodgates to what was really possible:  Gambale Sweep Picking.

But Frank’s technical breakthroughs would have found far less of an audience if he weren’t such a damn great player. Frank’s effortless command of harmony, his indomitably funky sense of time, and his unmistakably rich tone are all immediately identifiable.  After seeing video of his live performances and hearing his first two albums, Chick Corea recruited Frank from his teaching gig Musician’s Institute for the seminal Elektric Band, where Frank’s space-age style was a perfect fit for the group’s daring sensibilities.

In a way, the indelible stamp Frank has left on guitar technique is almost a distraction from the sublime musicianship of the man himself. Because when he really gets into it, the technique disappears, and what remains is only Frank. To watch him play is to witness the dissolution of the mechanical into the musical — a seamless merging of man and machine that gives voice to the swinging muse within.

Frank’s dual citizenship as both a technique pioneer and all-around killer player makes him a perfect fit for a Cracking the Code interview, and it was a true privilege sit down with him.

The one-hour interview contains over 100 musical and technical examples with slow motion video and tablature, including both of Frank’s epic intro and outro solos. 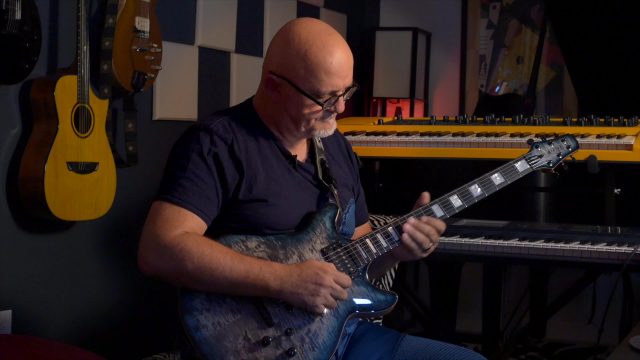 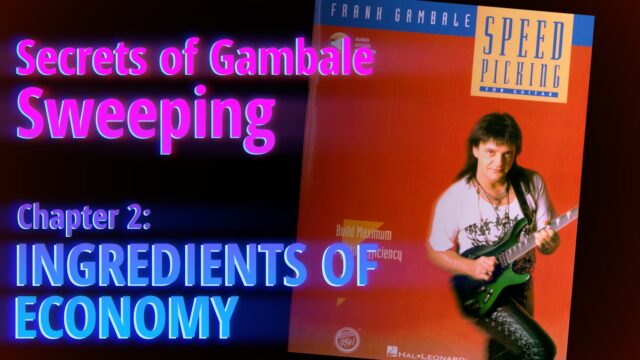 Chapter 2 - What is Gambale Sweeping? 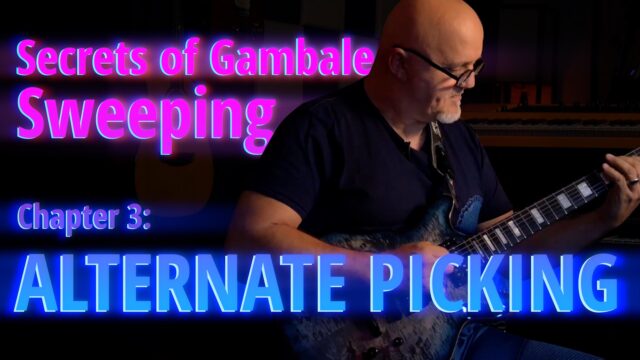 Chapter 3 - The Mystery of Alternate Picking 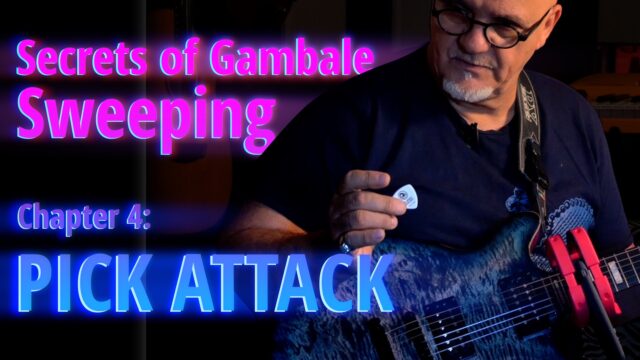 Chapter 4 - The Mechanics of Pick Attack 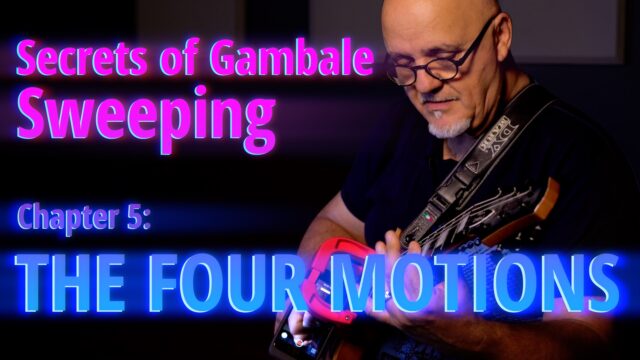