Songwriting and Speed With David Grier 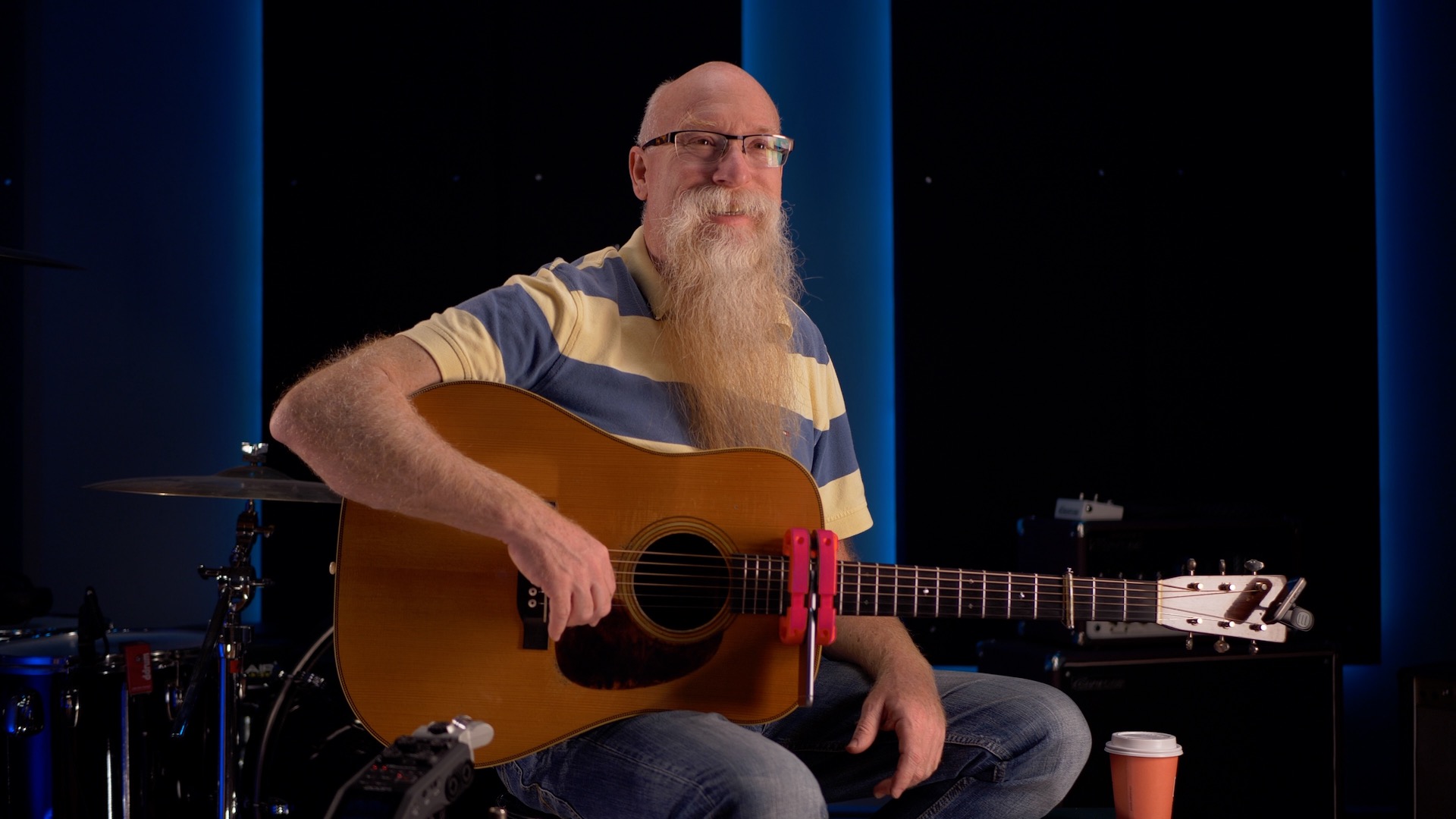 The amazing David Grier returned to Cracking the Code for a second meeting, and that interview is now live on the platform! At just over an hour, it contains 31 musical examples, including a handful of David’s trademark beautiful full-song playthroughs. It was an awesome conversation on a sunny summer day where we learned some fascinating things about his creative and mechanical process. This includes a valuable peek into David’s higher-speed mechanics that we didn’t get the first time around.

Grass On The Field

Like many of us David is an avid user of the “TV Practice” technique, where you zone out in front of the tube with a guitar in your hands. His programming of choice? Football. “I just turn the sound off. I don’t need someone to tell me if he caught it or not!”

What’s interesting about this is the nature of the work he’s doing. While we often think of television practice as a way to hone technique, what David describes is clearly a creative effect. Without conscious focus on what he’s playing, he’ll accidentally play an improvisational line that’s new to him, even if he can’t recall precisely what it was. The hope is that this new idea will eventually bubble up again, but in a more conscious way that he can learn and incorporate into his active vocabulary of phrases or phrase parts.

So rather than technique practice, what David is talking about is improvisational practice, which sounds almost like an oxymoron. But for anyone who’s ever considered working on getting better at extemporaneous playing, David’s description cuts to the heart of an age-old and super practical question about how the ability to spontaneously generate novel ideas is actually achieved. And in David’s case, the fascinating answer is that he clearly has a process for it, even if that process is allowed to run somewhat on autopilot. Which sounds about right for the type of skill we’re talking about.

We arrived at the TV practice topic by way of another fascinating conversation about how David employs his masterful improvisational abilities to create different arrangements of standard bluegrass tunes for different tempos.

In the talk, we play the Monroe classic “Wheel Hoss” at four tempos, from a leisurely 180bpm eighth notes to a blazing 295bpm. And you can watch just this awesome section of the interview on YouTube, for free, right here:

As David’s internal metronome ratchets higher, his lines subtly change, incorporating more linear speed, but still retaining immediately identifiable elements of his personality, like his penchant for wide contrapuntal string skipping. His aerodynamic arrangements are still unmistakably David — just a different side of his musical personality.

What’s amazing about this transformation is how David’s mechanics change to enable it. At medium speeds, David uses a semicircular double escape, or “DBX” pickstroke, which starts and ends in the air above the strings:

When you’re doing one-note-per-string arpeggio playing, or in bluegrass terms, crosspicking, you want to make sure you can avoid the surrounding strings, and the double escape pickstroke is how you do that. So when playing at these moderate speeds where crosspicking phrases are likely, David chooses the double escape motion as kind of a default, or “primary” pickstroke type.

Of course the double escape motion also works for other types of lines, but it’s not strictly necessary for those lines. And at some level David senses this, because when he changes his vocabulary to emphasize more notes per string, he also changes his primary pickstroke type. In the fastest “Wheel Hoss” take, David switches his pickstroke type to the downstroke escape, or “DSX” pickstroke:

In a DSX pickstroke, the picking motion no longer appears semicircular but angular, tilted in such a way that the downstrokes go up in the air, and upstrokes remain trapped between the strings. Because the pick only escapes from the strings during the downstroke, this makes the downstroke the ideal time to move to a new string. And sure enough, many of David’s phrases at these faster speeds appear to be structured specifically with this requirement in mind, containing even numbers of notes per string, and specifically positioning the downstroke as the final note.

David can still do double-escaped motions at these faster speeds, and if you watch the fastest Wheel Hoss take in slow motion on the platform, you’ll see them. The inside picking between the open G string and the third fret of the D string at the end of m5 and the beginning of m6 is a great example of this. And right after this, the outside picking between the last two notes of m6 and the first note of m7 you’ll find some outside picking double escape motion:

This complexity is also why we’ve stopped using the term “two-way pickslanting” to refer to these types of motion combinations. As you watch in slow motion, you’ll notice that the “slant” of the pick isn’t changing in these sequences, even though it might appear to at other moments in Wheel Hoss. So looking at the slant of the pick by itself might leave you justifiably confused as to what’s actually going on.

Instead, what’s much clearer are the motions involved. David’s use of a “primary DSX” strategy, with other motions brought in on a supporting basis, is really the simplest way to understand what he’s doing here. Not only that, but it’s also precisely the same strategy we we see in the techniques of players like the awesome Andy Wood and jazz legend John McLaughlin, who also expresses a primary pickstroke preference for DSX.

The similarities between David and Andy in particular are significant, since they are both DBX players at moderate speeds, and primary DSX players at faster ones. Even the mixing and matching of forearm and wrist motions is similar, where shifts in forearm position occasionally seem to alter the “pickslant”, again, making it confusing to understand if that’s all you’re looking at. It actually took several years of interviews with both players before we even really understood what was going on with them.

Why do some players switch to a mix of single- and double-escape motions at higher speed, while others, like Molly Tuttle, continue to choose double? We can’t know for sure, but we suspect it has to do with the self-taught nature of most picking technique. As we’ve learned over the years, the hardest part about picking technique isn’t actually doing the motions. It’s knowing that they even exist at all, since great players mostly learn them at a subconscious level. And for whatever reason, this hybrid approach was what David, Andy, and John stumbled across first.

But given the clearly uncanny ability that these great players have to figure out these complicated motions on their own, I have come to believe that none of them are really limited in what they can play. Instead, there is an interplay between technique and creativity, and the balance of all those forces is reflected in the lines they play. If David truly wanted to write crosspicked lines at faster speeds, I’d like to think he’d manage the technique for it, since he’s already making those motions at higher speed anyway.

Either way, as a listener, I enjoy david’s “streamlined” (to use his term) faster speed arrangements just as much as his intricate crosspicked ones. They’re all unmistakably David, and we’re always grateful here at Cracking the Code to get such an intimate look at the amazing underpinnings of their creation.

Of course, you can watch the awesome new David Grier interview on the platform. David’s interview page also includes links to buy a download copy of the interview if you don’t have a Masters in Mechanics-level subscription with us. You can find all those links right here:

Songwriting and speed with the bluegrass master

For more details on how the DBX and DSX motions of amazing players like David and Molly Tuttle work, you can check out the Pickslanting Primer for the technical low-down: 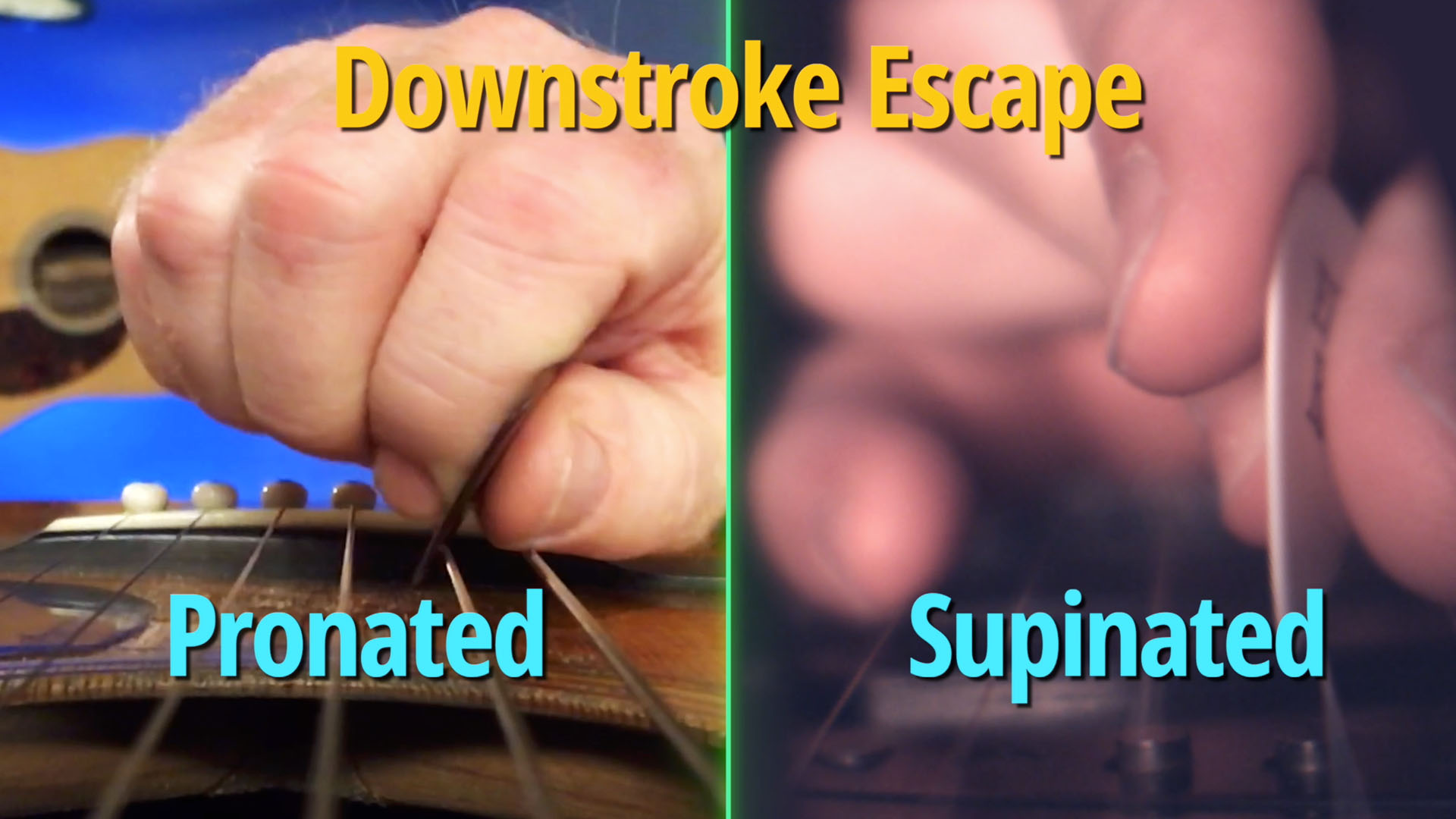 And for tutorials on how to actually *do* those motions with the wrist, as David and Molly do, you can check out the following lessons on the platform, one in the “Talking the Code” channel, and one in the Primer: 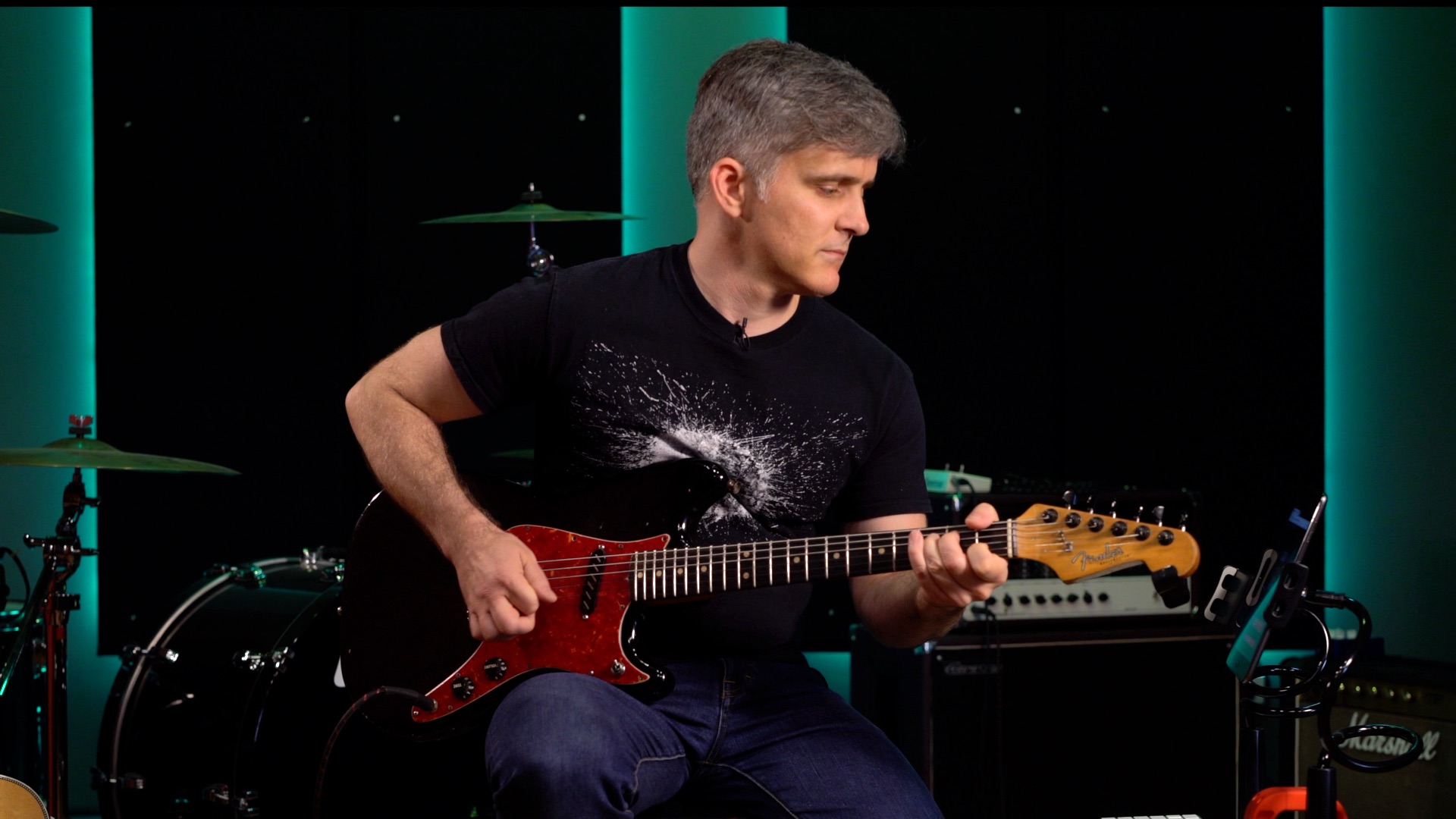 Crosspicking With The Wrist 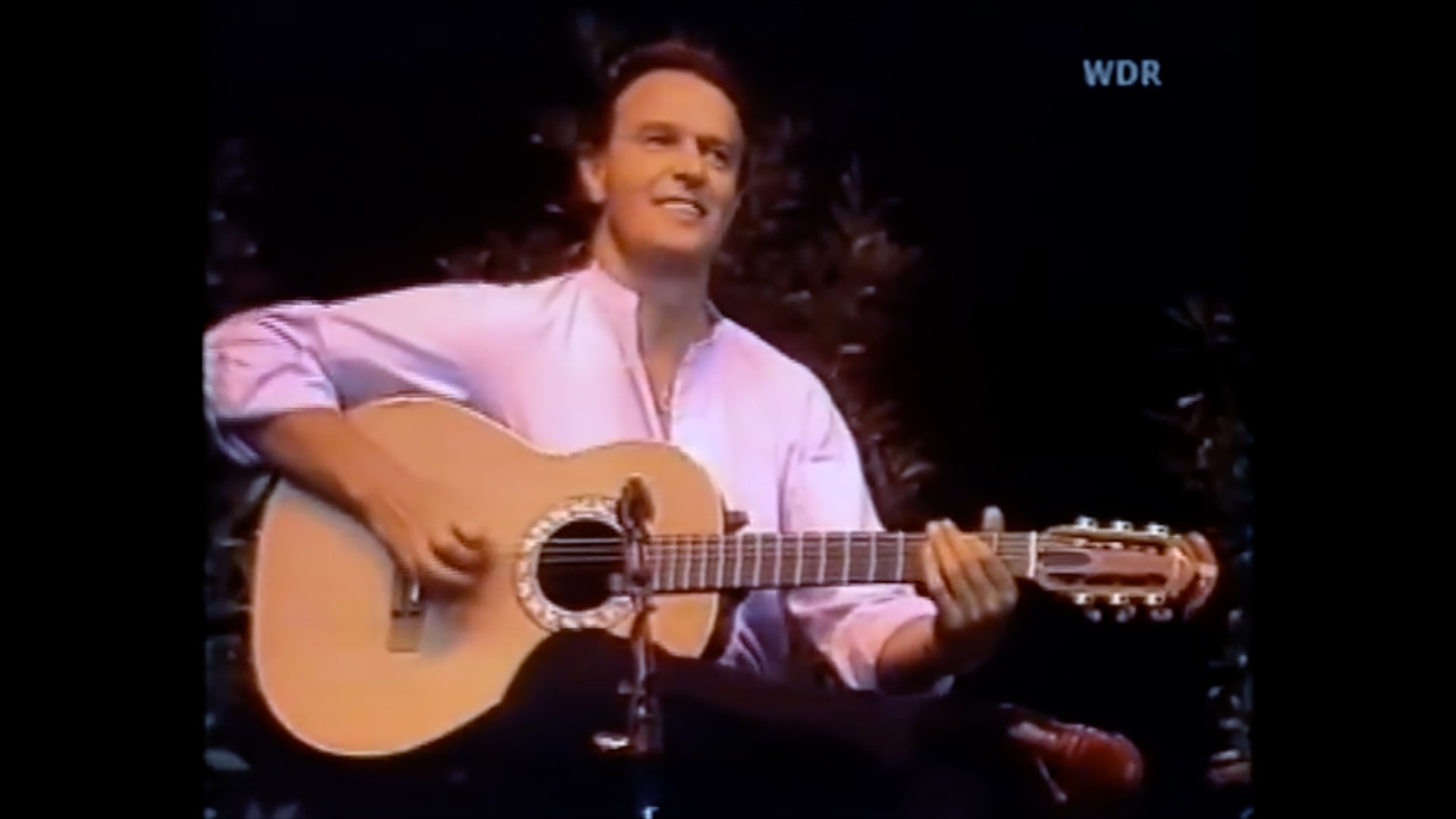 The wrist motion used by John McLaughlin, Al Di Meola, and Andy Wood is one of the most common motions in picking