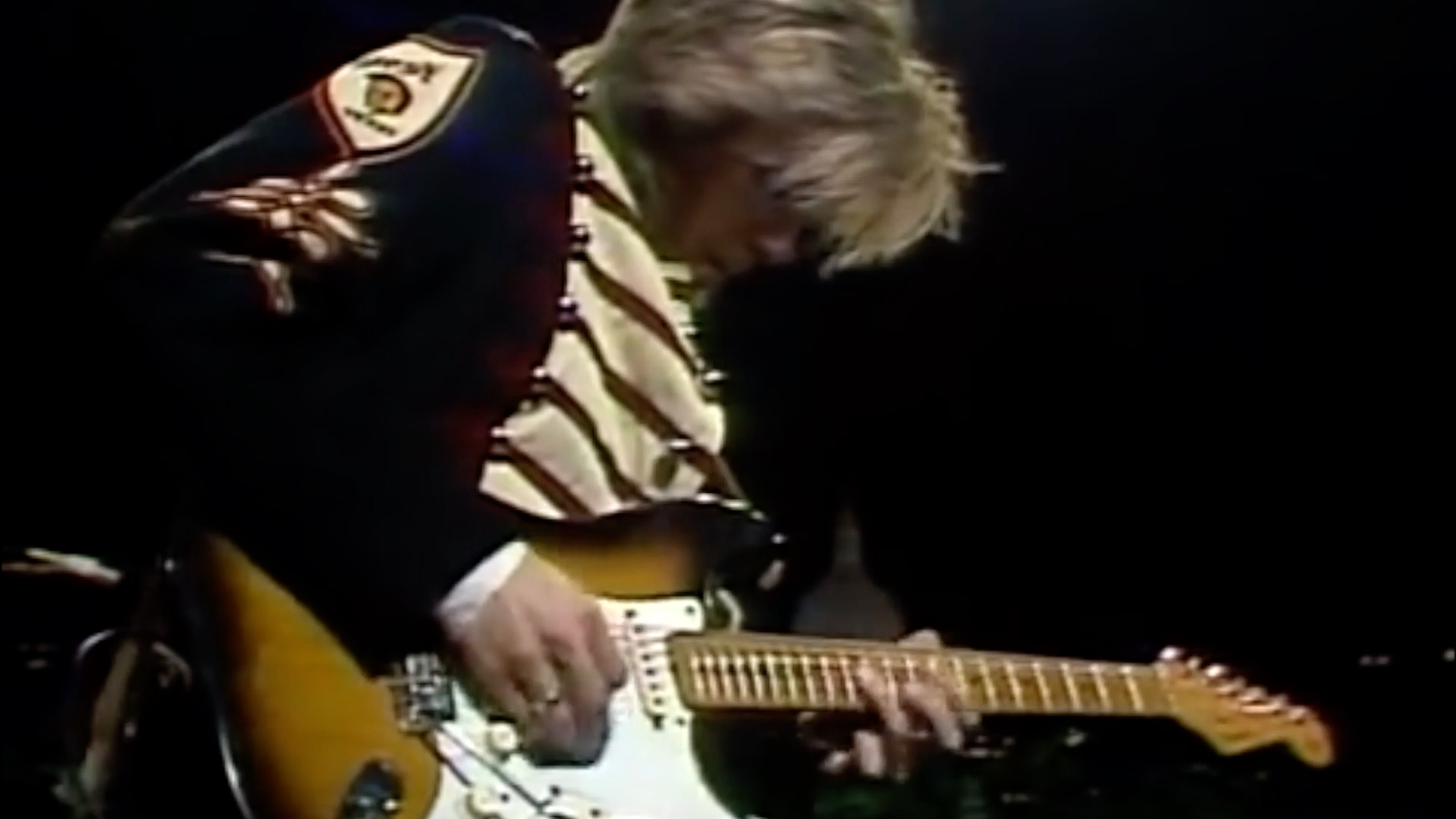 This example follows essentially the same route as the Western Flyer Cascade, but swaps out some of the components along the way:

Notably, the lick trades the usual box-position pickup for the fifth- position pickup, an interesting phrase that uses a lesser-traveled pentatonic position and a wider stretch to power a purely alternate- picked turnaround on the top string. This leads to a straight shift upward, to the box position, and it’s from here that the lick begins its cascading descent. It does so initially by way of the sweep-slide: a single downward sweep and a single fretting finger that join forces to play notes on two different strings, in two different positions. It’s such an unlikely maneuver, both in terms of picking and fretting mechanics, that you’d really be hard pressed to guess what’s actually happening by sound alone.

The rest of the lick plays out as we’ve come to expect: a slide shift from the fifth to the fourth, a box sequence in the fourth, and a sequences of fives in the third. Once again, the lick finds the third- finger root by way of a sweep, and punctuates its arrival with authoritative vibrato.