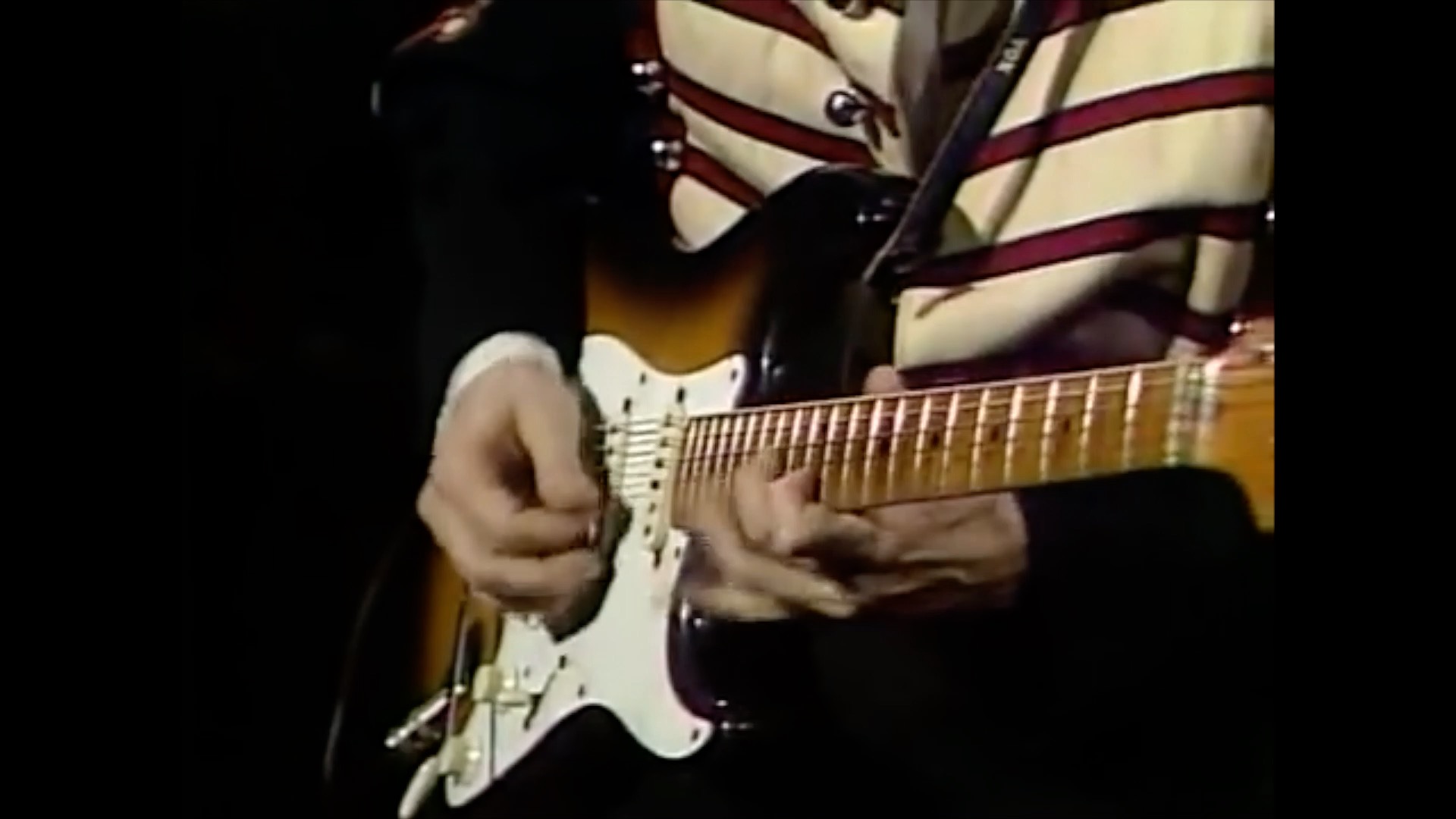 And that was about as much attention as I paid to Eric’s medium- speed stringhopping mode. Until I began to see something very strange while poking around on the Austin City Limits tape. I noticed that while playing fives patterns at speeds slightly less than maximum, the sweeps between the sequences weren’t actually sweeps at all — they were, unbelievably, stringhops:

Now this was totally bizarre. Take the standard iteration of the fives lick. The first sweep occurs on the G string, and the downstroke continues through the B string so that two notes are played with the same pickstroke. But here was Eric using two discrete picking movements to hit those notes:

Yet everywhere I looked on the Austin City Limits performance, sure enough, there were mini-hops where I had previously assumed only sweeps existed. This tendency was more common on the higher strings, and of course, at slightly slower speeds. When the tempo increased, or when he played on the wound strings, the hops disappeared, and were replaced with sweeps. This was crazy. Why would anyone do such a thing?