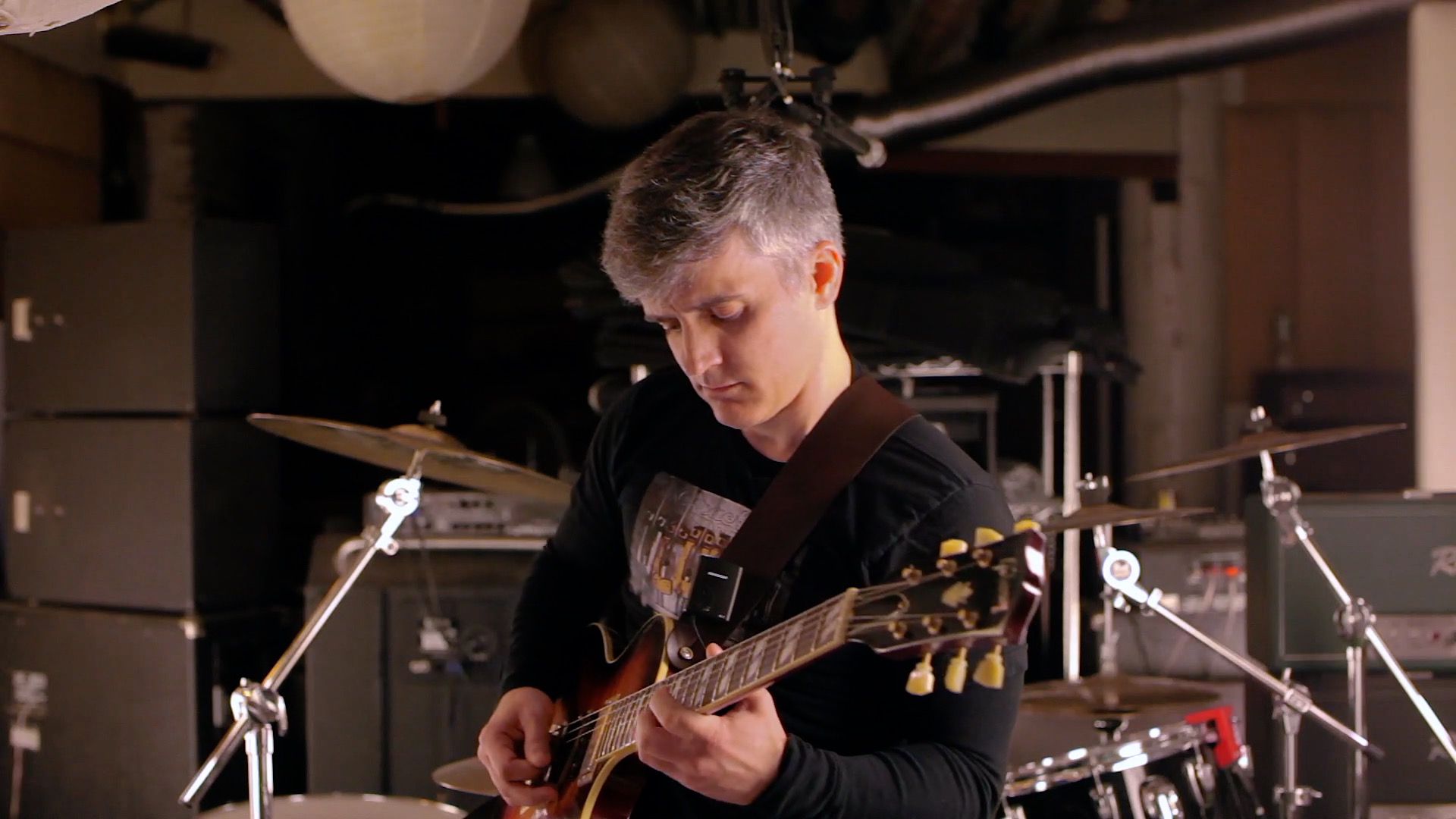 All these forms of the ascending minor arpeggio end confidently on the minor root, but their overall construction is so similar to the pentatonic scale that they can still sound good when played in major keys as well. Similarly, the minor seven chord, and its inversion, the major six chord, have such compatible sounds because they are in fact the same notes, just in a different order. So the ascending minor seven arpeggio essentially becomes a major 6 arpeggio when played over a major chord. Even its flowery alternate, the minor 9 version, can be repurposed this way. In that case, the half-step figure simply becomes a major 7 sound, and the fingering remains identical.

This transparent, ambiguously minor and major quality is a hallmark of Eric Johnson’s lead style, and almost all his cascading and arpeggiated phrases share it. Which is why, on the occasion that he chooses to step away from it, it can be so striking:

Eric’s Hendrix-inspired use of the mixolydian mode adds a boldness and spice to his lead lines, and this has a completely different personality than his pentatonic cascade. That he often plays this lines with truly blistering speed only enhances the effect. Most often, this spicy action takes place here in the box position. This is convenient, because it’s also where you’ll find the most common form of the dominant seventh chord. It’s also where you’ll find most common blues pentatonic licks, like the ones Eric himself plays. This makes it easy to remember and re-use these mixolydian ideas, because it’s an area of the fretboard you’re likely already very familiar with.

To leverage this familiarity, we can turn this mixolydian sound into an exercise with an Eric-style cascading mechanic:

Here we’ve created a cool, dominant-seven sounding ascending cascade based on a simple dominant seven shape. Following the downward pickslanting rules of upstrokes or downsweeps, the picking pattern is like a modified version of the fives sweeping pattern. The slight extra complexity here is provided by the second string of the pattern, which has three notes on it instead of the usual two. This makes the resulting almost a mix of Yngwie and Eric right-hand mechanics. A mixolydian mix, if you will.

By cycling through the same shape in three octaves, we can use strict one-way, downward pickslanting to move across all six strings. We can also do the same thing in reverse:

And like the fives pattern, we can connect them both together:

Fusing Eric’s spicy-hot mixolydian box fingerings with our mixolydian sequence, and throwing in a little bounce melody playing for good measure, results in a pretty cool take on the Johnsonian mixolydian style: