In our continuing quest to understand more about crosspicking technique, we hooked up with flatpicking wizard David Grier, who was gracious enough to don the Magnet for an exploration of his lauded right hand technique.

Even if the closest you’ve ever been to a “Foggy Mountain Breakdown” is a dead battery on the New York State Thruway, David’s instantly identifiable blend of modern and traditional elements is a sound that any fan of great writing and playing will appreciate. In our talk, he beguiled us with over an hour of his stunning crosspicking inventions and innovative harmonic twists and turns.

Even in bluegrass circles, David is known for his ability to get across the strings in impossible ways. This is a musical community where crosspicking torture tests like “Beaumont Rag” are considered standards, so that’s really saying something. David’s agile right hand takes traditional bluegrass picking patterns and expands them with tricky string skips in a seemingly endless variety of ways. It was an honor and a thrill to see David’s playing in person, and he gave us a rare glimpse of exactly what’s going on. 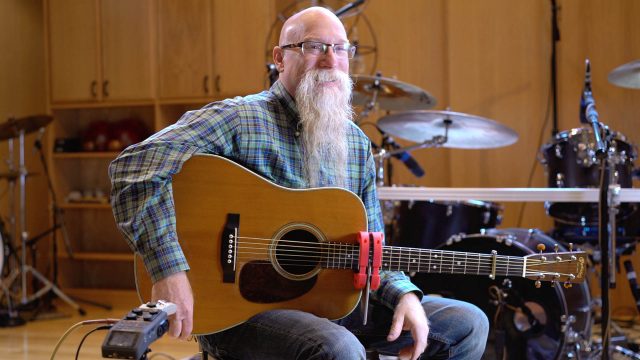