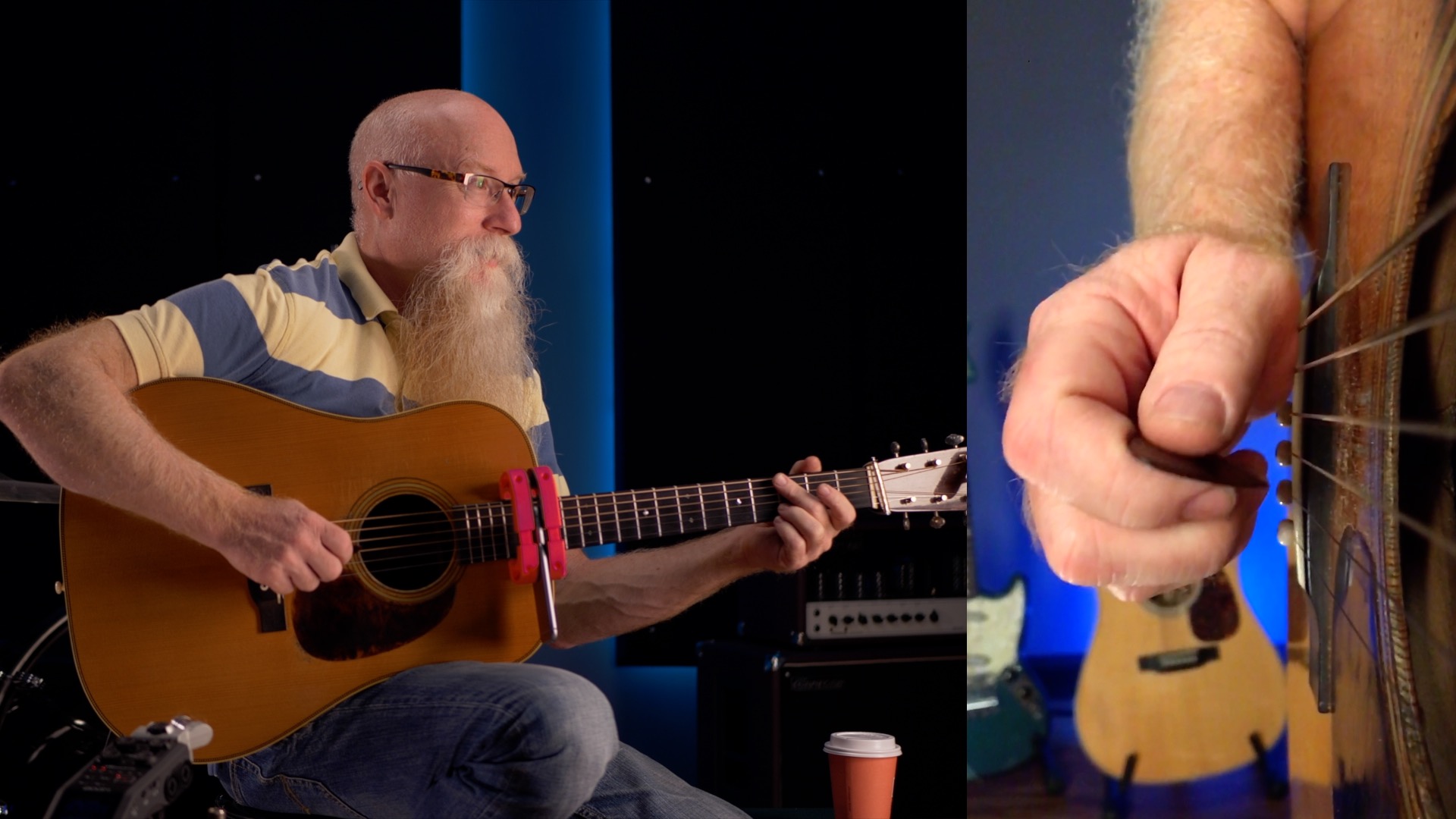 Man do we have some great stuff coming up. The amazing David Grier stopped by last week for some fantastic playing and fantastick-er conversation that helped us get to the bottom of his high-speed lead playing.

In our first interview with David, we focused on his signature arpeggio parts and the crosspicking technique necessary to play them. It was an invaluable meeting, and along with our interviews with Andy Wood and Molly Tuttle really helped us crack the code of alternate picking bluegrass roll technique.

This time around I wanted to take a look at more up-tempo single note playing, and how David’s technique changes to accommodate that. To that end, here’s some amazing Wheel Hoss for you:

We’ve been doing a lot of work updating the Primer with motion tutorials, and when David kicks it into gear, he’s a textbook example of how you can use a pickslanting approach for bluegrass with fantastic results. What you see in the above clip should be pretty familiar to almost anyone who has watched any of our features or lessons on pickslanting.

It’s not just the motions I wanted to talk about, but also all the other parts up the chain, and how they fit together. When you’re playing a big dreadnought guitar running 13 gauge strings with a wound G string, and you want to go fast, you’re going to run out of volume if your technique isn’t solid. And no matter what pick or guitar David is playing, or what tempo he’s playing at, David always gets that crystal clear sparkly tone that lets you know instantly that it’s him.

So we talked about how that happens. In short, David uses a low-degree edge picking angle and backs off from the sound hole to get more sparkle. That’s one of the reasons why the pronated arm approach works for him — it flattens out your edge picking. This arm position also makes downstroke escape motion the obvious place to start, so all these pieces fit together like a puzzle.

And in fact, you’ll see that lots of players in bluegrass are principally downstroke-escape players when they play fast. It’s a common approach used by great players like David, Bryan Sutton, and Jake Workman, and even up-and-coming phenoms like Presley Barker. Somehow, the need for volume, treble frequencies for sparkle and projection, and a repertoire of compulsory phrases like the G run, eventually lead many great players to a similar formula of downstroke escape motions, even if they haven’t had specific instruction in picking mechanics.

TLDR: If you want to play fast bluegrass, a wrist or elbow DSX / UWPS technique is a great place to start. Head on over the Pickslanting Primer to learn more about how this all works. We’ll get this one edited and out the door soon!