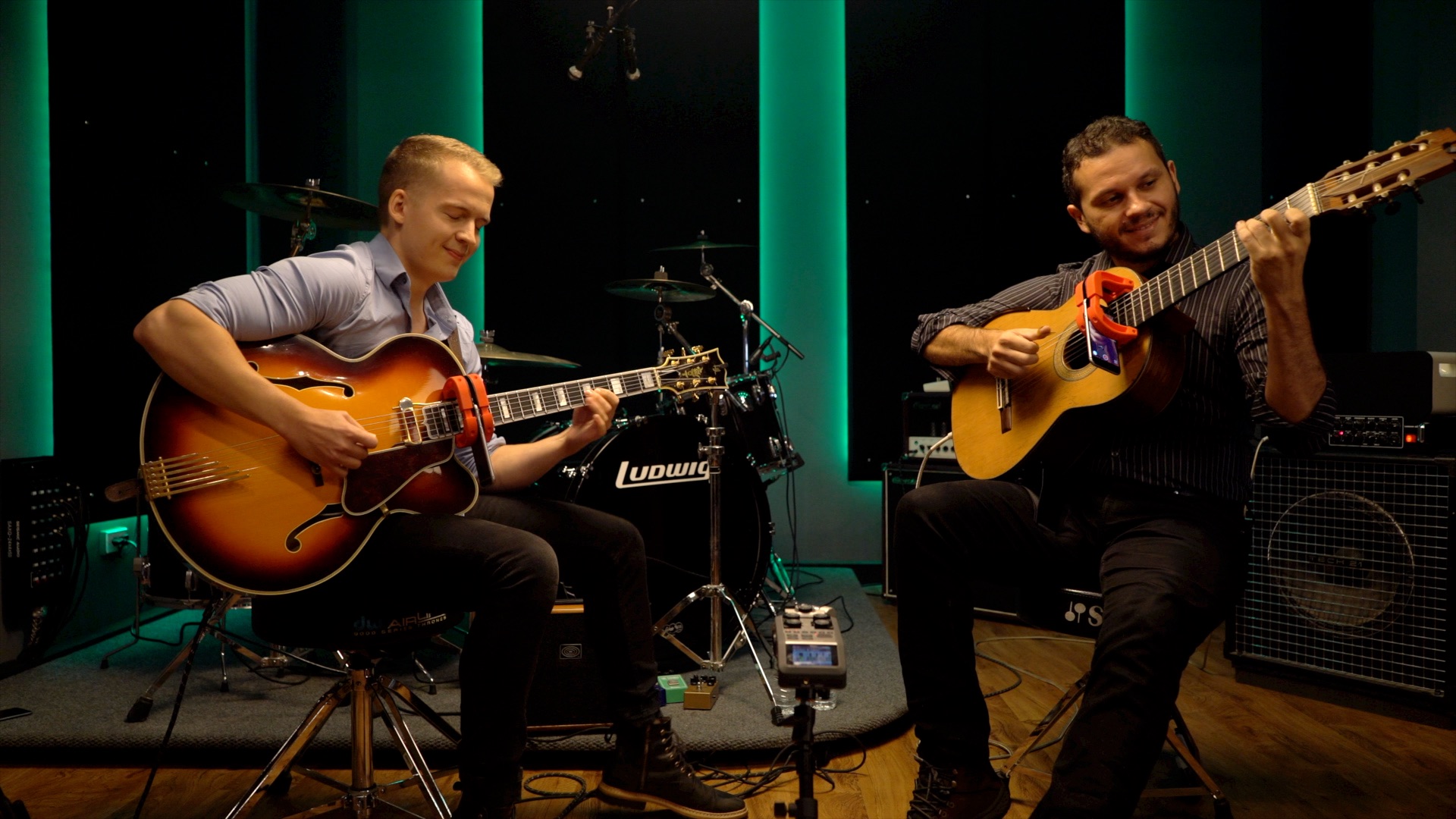 Remember when Billy Joel said the piano sounds like a carnival? That’s what it’s like being in the room with Olli Soikkeli and Cesar Garabini when they get their irrepressible energy flowing:

With this rendition of the great Brazilian bandleader and composer Pixinguinha’s classic composition “Um A Zero”, we’ve tried to give you a sense of the room-filling magic these guys put out.

Olli is gypsy jazz guitarist with bluegrass-style alternate picking technique. And Cesar is a thumb-picking Brazilian choro player with jazz influences. If there was a rulebook for either of their respective styles, they clearly didn’t read it. But when they fire up their twin approaches, the groove is immediately and thoroughly captivating. Cesar’s pulsating choro bass lines blur the distinction between melody and rhythm instrument, And Olli’s fearless arpeggio roll patterns float over the top like ragtime piano reimagined for guitar.

Given the limitations of pixels and samples here on the internet, I can assure you we’ve hardly done justice to their twin-guitar dynamism. We were lucky enough to get them both into the studio for a handful of duet recordings on the day of Cesar’s interview with us. And it’s a humbling reminder of what a privilege it is to sit down with such great players.

We’ll have both Olli and Cesar’s individual interviews, along with another blazing duet performance, will be coming to Cracking the Code soon. In the mean time, if you’d like more Olli and Cesar, you have no choice but to see them live at any of their frequent New York City gigs to experience the magic for yourself.