The Four Fundamental Pickstrokes - Can You Spot Them? 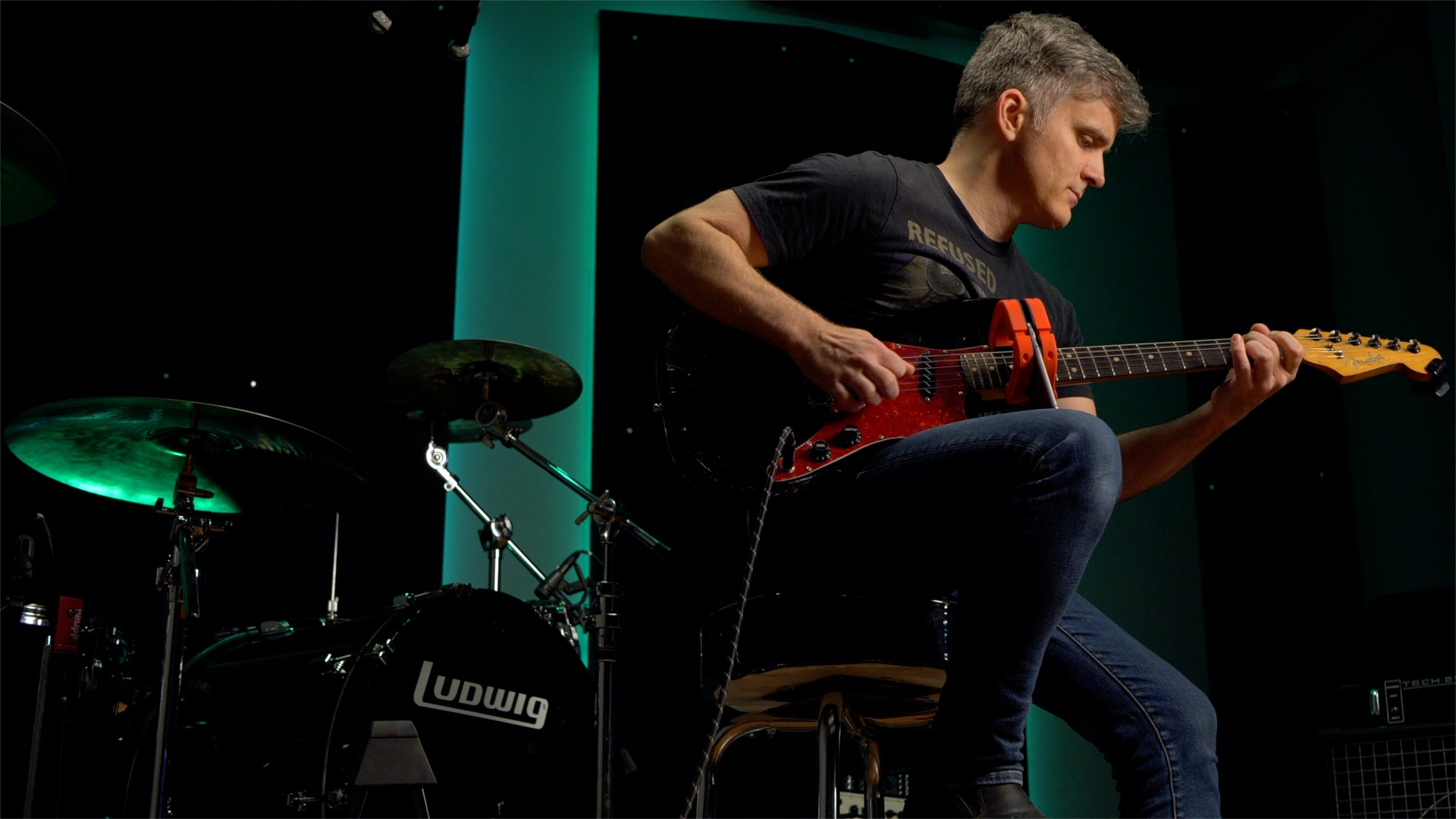 Did you know there are different kinds of pickstrokes? These pickstroke types have different capabilities, and profound implications for what you can and cannot play with them. As with anything mechanical, you have to use the right tool for the job. Here’s a cool comparison we filmed to highlight the differences:

The Problem of String Switching

You’ll notice from the video that we’re choosing to highlight the string-switching capabilities of these pickstroke types. In order to make string switches clean, you must ensure that your pick doesn’t come into contact with any wrong strings, and thus, wrong notes, while it makes its journey from the string you’re currently playing to the next string you want to play. To do this correctly, you’re actually going to have to make a specific motion to avoid those other strings.

If you think about it, this only makes sense. In order to play a note with a pick, you must drop the pick in between two strings to start. So you already know that the point of the pick is below the string height when it actually contacts the string, otherwise it would… miss it entirely. The problem is that if it’s low enough to hit one string, it’s low enough to hit the others too. And unless you’re strumming, that’s not what you want.

As it turns out, the stroke of genius that elite players hit upon to move cleanly from one string to another is to incorporate the string switching motion into the actual picking motion itself. And in Cracking the Code lingo, we call this string-switching-powered picking motion escaping.

When you perform a downstroke escape picking motion, upstrokes remain trapped, in between the strings. What this means is that you are essentially picking along a diagonal plane, from trapped to escaped, and from escaped to trapped, over and over again. Because only one side of the motion escapes, we sometimes call this a single escape picking motion.

If you’re playing a line where you need to switch strings every time you play a note, we have a pickstroke type for that too: the double escape pickstroke. This is the type of pickstroke bluegrass players use to perform death-defying feats of arpeggiated alternate picking, or crosspicking. Crosspicking has particular requirements because each note in a crosspicked arpeggio resides on a different string. So no matter whether you’re playing a downstroke or an upstroke, you can be sure that you’ll need to move to a new string on the very next note. So unlike the single escape pickstroke types, the double escape pickstroke has a uniquely curved shape. The pickstroke begins in the air, reaches down to strike the string, and rises back up at the end. This ensures that every time a pickstroke starts or ends, it’s safely away from the other strings and away from obstacles.

Finally, there are times when escaping simply isn’t what you want. If you plan on sweeping, or — heaven forbid! — swiping, then you’ll need to use a trapped pickstroke to make that happen. A trapped pickstroke is one where neither the upstroke nor the downstroke rises above the strings. And again, for sweeping, that’s precisely what you’re looking for. In a sweep, you’re going to push the pick through more than one string at a time, and to do that, you want to make sure it moves in a straight line through the strings. In more technical terms, a trapped pickstroke moves parallel to the plane of the strings.

To make matters more complicated, each of these four pickstroke types can be generated by a wide range of physical motions, including elbow, forearm, wrist, and finger motion, working alone or in varying degrees of cooperation. The sheer variety that is possible has led to some terrible teaching advice over the years, such as the oft-repeated sentiment that “everyone picks differently”. This incorrect and unhelpful advice left many of us up to our own fumbling when it came to figuring out which motions might work or not work for a particular phrase. And that’s pretty hard to do when you don’t even know that these motions exist in the first place.

Not knowing this can be the cause of confounding unpredictability in your technique, where some phrases seem to fly along, others are impossibly sloppy, and still others won’t go at all. And that unpredictability can last years, or even decades. Most of us make these motions at a subconscious level, and it’s hard to change or improve something you don’t even know you’re doing – or not doing, as the case may be.

The good news is that any pickstroke you choose to make will fall into one of these four basic categories. And even though there are technically lots of physical motions you can use to generate these pickstroke types, most of those also fall into a relatively small number of baskets, like elbow motion, forearm motion, or the wrist motions we’re using in the comparison video above. Pairing any of these common motions with a greater awareness of pickstroke types is a great way to get started down the road to cleaner, smoother, more coherent picking technique for any kind of music you might want to play.