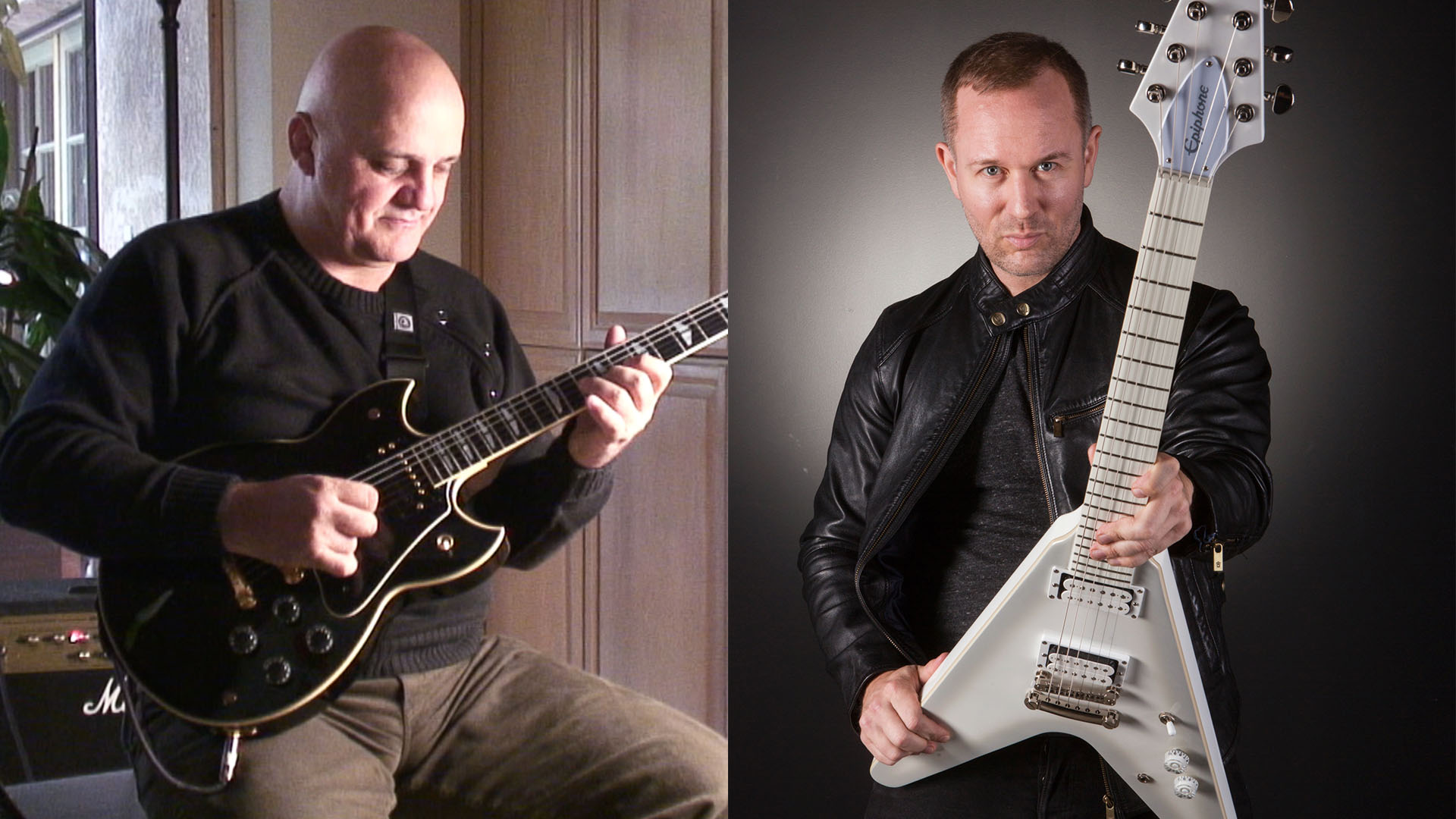 If all goes well, we will be boarding a plane for Los Angeles tonight to meet with a duo of guitar awesomeness!

First up, a mechanics pioneer who many have requested: the amazing Frank Gambale! Frank was one of the original Cracking the Code interviews an eon ago with the original camera rig. As part of editing that material, we got back in touch Frank recently about filming an update with our more modern gear, and we’re excited to be sitting down with him again.

In the original meeting, we address core questions about sweeping and how Frank’s innovations took shape. We discussed a battery lick examples plucked from Frank’s instructionals and album recordings, and it’s amazing how many of them he was able to recall. The camcorder died during a particular favorite – a blazing lydian run from “Centrifugal Funk”, the Mark Varney record he did with Bret Garsed and Shawn Lane. Hopefully Frank remembers the lick since we’ll be requesting it again!

We’ll also try and get to the bottom of Frank’s arm setup and grip. And when it comes to applications of mechanics, we want to talk about his simply astounding vocabulary. It’s one thing to hatch a playing style based on a novel mechanical approach. But the reason we still listen to Frank is all the awesome playing. Sweeping aside, the guy is just one of the most original and immediately identifiable soloists out there. He has a seemingly endless supply of cool things to say on the guitar, and a mechanical foundation for doing so that is as reliable as anyone could want.

Brendon Small is the creator of the absolutely hilarious, trippy, and profane animated series Metalocalypse, recounting the travails of the world-famous fictional metal band Dethklok. The show works as a kind of Spinal Tap for the digital age. And like Spinal Tap, the virtuosity of the musical parody is part of the joke.

Everything about this is so awesomely on point: the name checking of all the endorsements, the “instruction”, the blazing playing, the hand animations…

Brendon is the musical force behind Dethklok’s album releases, and also his own solo projects under the moniker “Galaktikon”. We’ll be talking about Galaktikon tunes and asking him to lay down some of his trademark blistering downstroke rhythms. This is a topic we’ve discussed on the forum and which he can hopefully help us continue to get our minds around.

Get your questions ready!

Have questions / topics you think we should cover in either interview? Let us know on the forum! Head here and send us your suggestions by the end of the day: