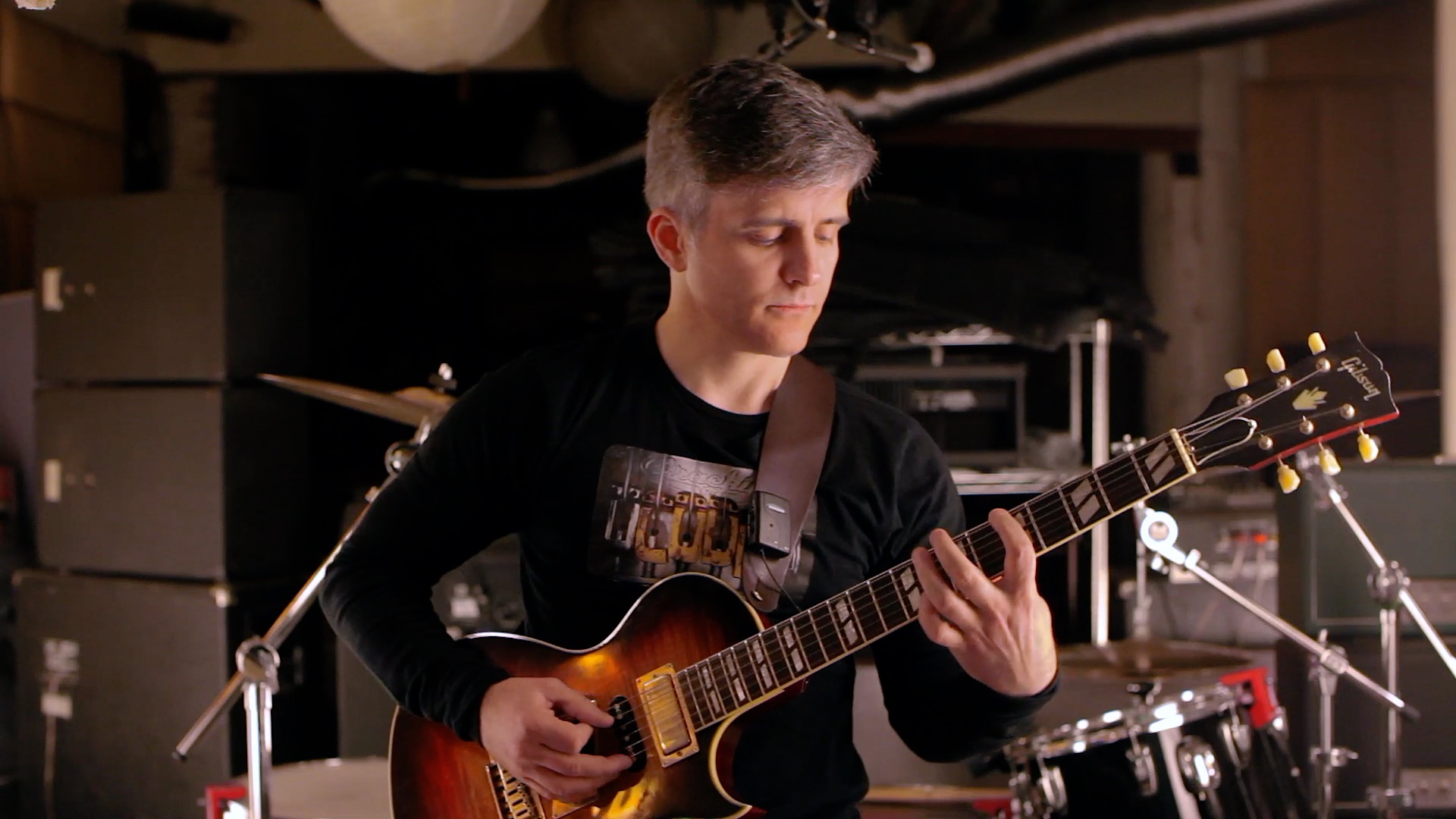 < PREV: The Mystery of Fives
|
NEXT: Classic Fives >
Return to:

Fast forward to the Volcano Lick. This bit of VHS spelunking revealed Yngwie’s solution for navigating the string changes of this unorthodox fretboard pattern. One of the many baffling challenges of the Volcano Lick was its inclusion of a single note, on a string by itself. This was a perplexing speed bump, and it was exactly like the challenge of the fives sequence.

As much of a mess as the Volcano Lick was to navigate with pure alternate picking, its solution was equally ingenious: sweeping. By using a downward sweep, in line with his downward pickslant, Yngwie could connect that single note effortlessly to the next higher string, and begin the pattern anew. The addition of sweeping to the downward pickslanting toolbox made possible an array of sophisticated string-switching sequences that would be challenging even for elite alternate pickers.

In this new world of Pop Tarts and downward pickslanting, it was immediately apparent that sweeping was also Eric’s solution to the fives pattern. In fact, this connection was so obvious, that I can no longer remember if I even referenced the Austin City Limits tape directly, or if I simply began instinctively translating Yngwie’s approach — which was quickly becoming second nature — straight over to Eric’s:

By simply utilizing a downward sweep to play both the fifth note of the pattern and the initial note of the next one, the final string change of the fives sequence was solved elegantly and efficiently, just like the repetitions of the Volcano Pattern. As an extrapolation of this solution, I quickly began practicing this solution across all six strings, in both directions, by linking the ascending and descending halves of the lick with a sweep at the turnaround point: