Chapter 6 - The Mystery of Fives 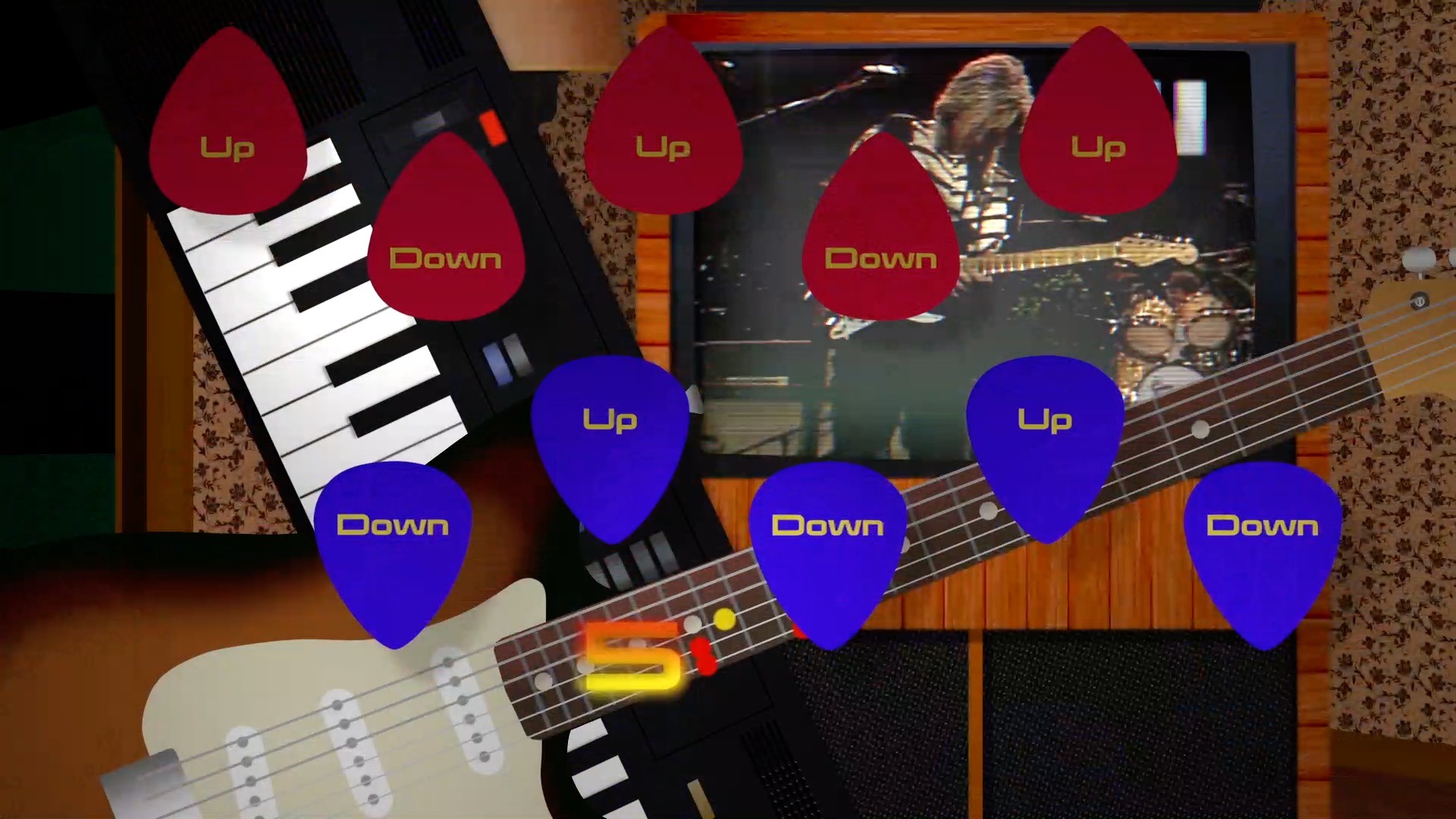 < PREV: Cascading Triplets
|
NEXT: The Fives Mechanic >
Return to:

The second foundational skill in the Eric Johnson universe turns out to be the solution to a mystery we set up long ago, in Season 1 of Cracking the Code. In Episode 6, watching Eric’s seminal Austin City limits performance for the first time, his pentatonic predilection was immediately clear. And he was certainly using two-note-per-string fingerings to satisfy it — that much was also clear from the videotape. Fingerings like these were already a challenge to execute with picking, thanks to the high rate of string change. But at least I could play them via legato, with an initial pickstroke and a pulloff on each string:

But within moments of training the SK-1 on the the licks in the performance, it became clear that something was different about Eric’s pentatonic phrasing. His sequences often contained an unusual alteration: an extra note, on a string by itself. This extra note was arbitrarily tacked on the end of an otherwise typical descending pentatonic sequence, instantly transforming an even-numbered sequence into an odd one.

Most often this was a fifth note, tacked onto the end of a sequence of four:

Repeating this five-note sequence fully picked, as it sounded like Eric was doing, was immediately problematic. The odd number of notes caused the order of the pickstrokes to flip, so that the initial pickstroke of each sequence was precisely the opposite of the one that came before it. The whole rolling sequence was a disaster of stringhopping unpredictability:

The bizarre, off-kilter feeling of attempting to navigate the flow of pickstrokes and string changes was like running an obstacle course with one bare foot and one high-heeled boot. And despite spending weeks with this, I experienced absolutely zero improvement in fluidity or accuracy. 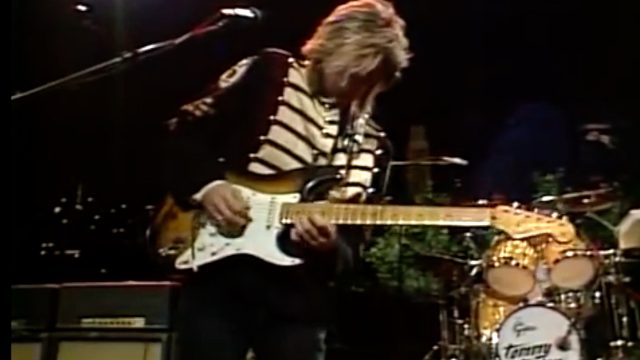