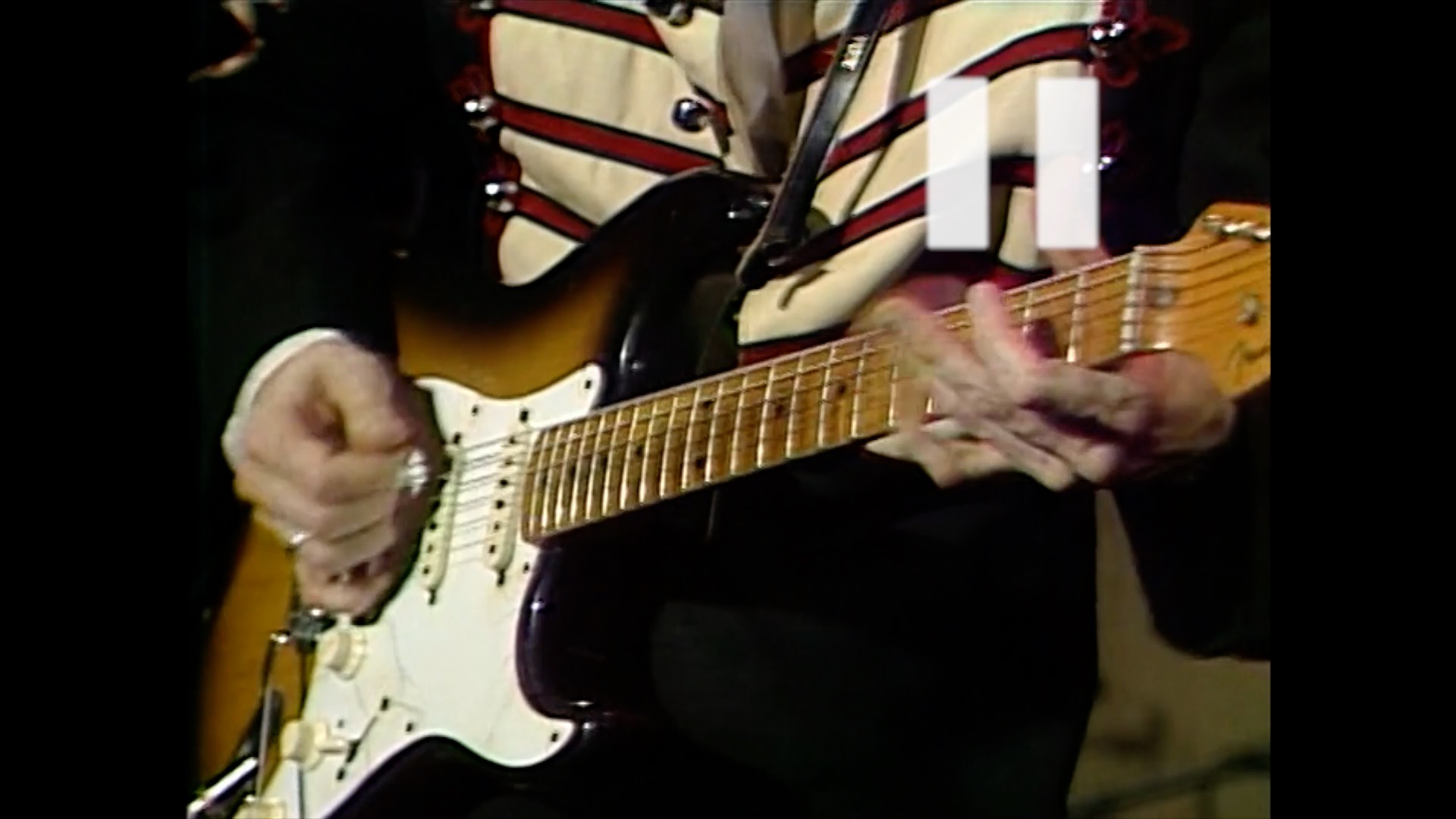 < PREV: The EJ Atom
|
NEXT: Cascading Triplets >
Return to:

So if the principal challenge of high-speed 2nps picking isn’t speed per se, then what is it? It’s hand synchronization. And the answer is the same one we’ve seen in Yngwie’s playing: chunking. In this case, building chunks of metrically divisible units with so few notes per string entails chunking across the strings. If we imagine a simple straight-line pentatonic scale as sixteenth note triplets, then a sensible six-note chunk is the simply the first three strings. And repeating this six-note pentatonic chunk yields a sextuplet figure that is common in Eric’s playing:

The fact that the chunk itself encompasses string changes is incidental. Don’t think about it. Downward pickslanting has already solved the problem of unnecessary stringhopping to maneuver between the strings. The primary challenge here is simply synchronizing the start time of the chunk, so that the initial downstroke and fretted note coincide.
Matching this upper sextuplet is its lower-octave counterpart:

The landmark notes in both sequences are the initial downstroke. In the upper sextuplet that’s the first note on the high E string, commonly fretted with either the pinky or, in Eric’s case, the ring finger. And in the lower octave sextuplet, it’s first note on the D string, which is the tonic or root if we’re thinking in natural minor as Eric often does. Linking the two sequences, while focusing principally on the landmark notes, produces the full six-string box position pentatonic straight-line scale with the triplet feel intact.

Are we playing a six-string scale? Yes. Are we thinking about six- string scale playing in the process? Not really. We’re simply connecting two units together, like images in a flipbook, to produce the illusion of unbroken movement. Practicing the chunks separately, until they’re repeatable without overt concentration, is how that fluidity is achieved.
Of course this entire process also works in reverse, for ascending pentatonic scales: