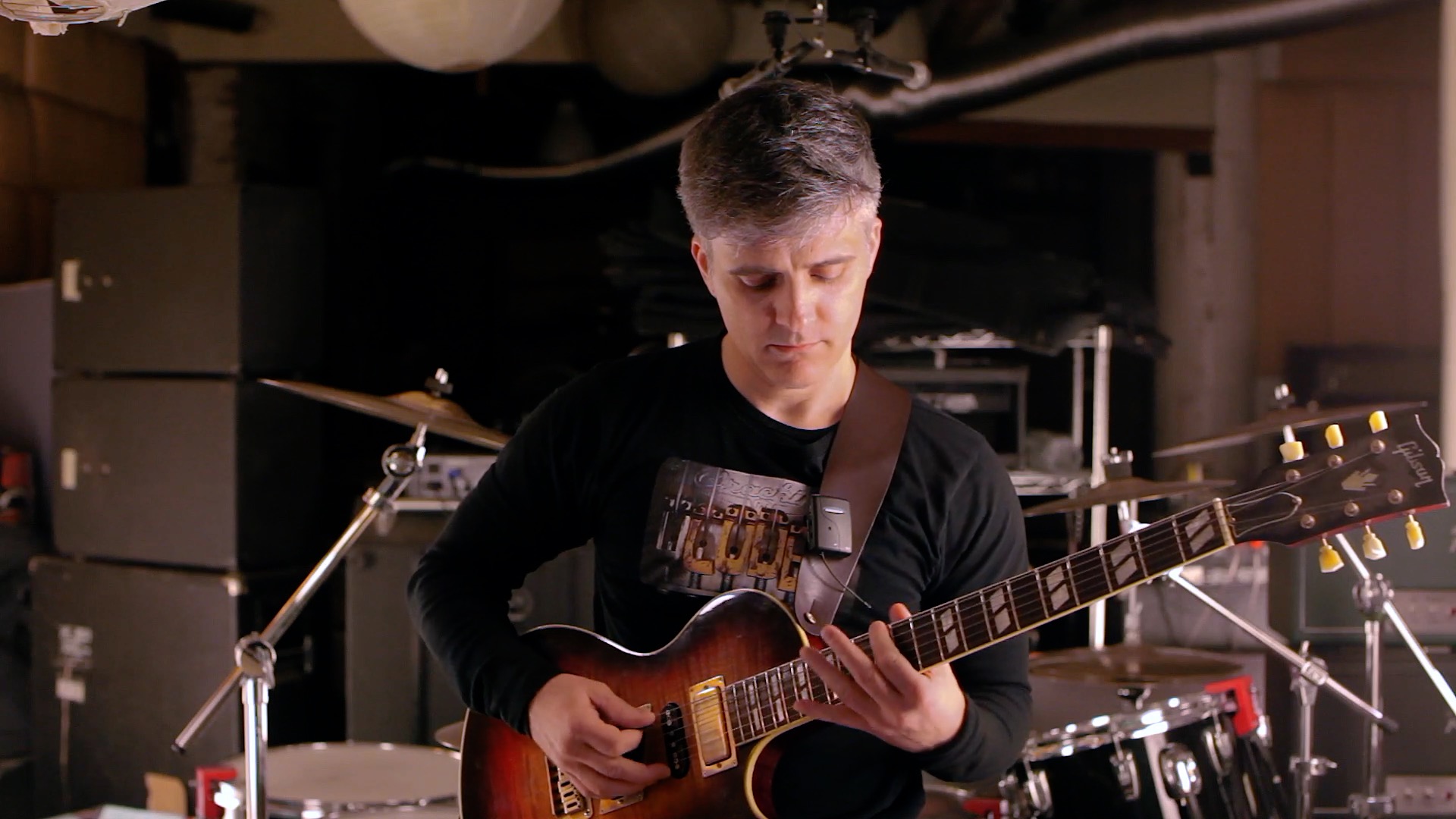 The foundational skill of the Eric Johnson lead style is the ability to play two-note per string passages at high speed. The archetypal example of this in modern guitar playing, and also the cornerstone of Eric’s sound, is the pentatonic scale. Starting at the top of the box position, on a downstroke, produces the classic down-up sequence on each string.

And of course, the ideal mechanical system for playing this is downward pickslanting. Eric is almost exclusively a one-way pickslanter, maintaining a pronounced downward pickslant at nearly all times. This pickslant is more aggressive than Yngwie’s, such that it is easily visible even on standard definition concert footage like the classic 1988 Austin City Limits performance that forms the crux of our investigation.

Just as in Yngwie’s playing, the downward slant of the pick causes it to break free of the plane of the strings on every upstroke, so that moving to the next string of the pattern incurs functionally zero loss in efficiency or speed. But because Eric’s style emphasizes two-note- per-string patterns, string changes happen more rapidly than they do in three-note-per-string diatonic sequences. And it’s probably because of the perceived difficulty of switching strings so frequently that players have historically tended to avoid the pentatonic scale for straight-line scale playing.
And as Eric’s style so clearly demonstrates, this is a huge missed opportunity. The pentatonic scale is, by its very two-note-per-string design, perfectly efficient. That most guitarists instead focused their time on the vastly more sophisticated problem of three three-note-per- string fingerings is of course highly ironic. This is especially true considering how few players have ever succeeded in solving it.