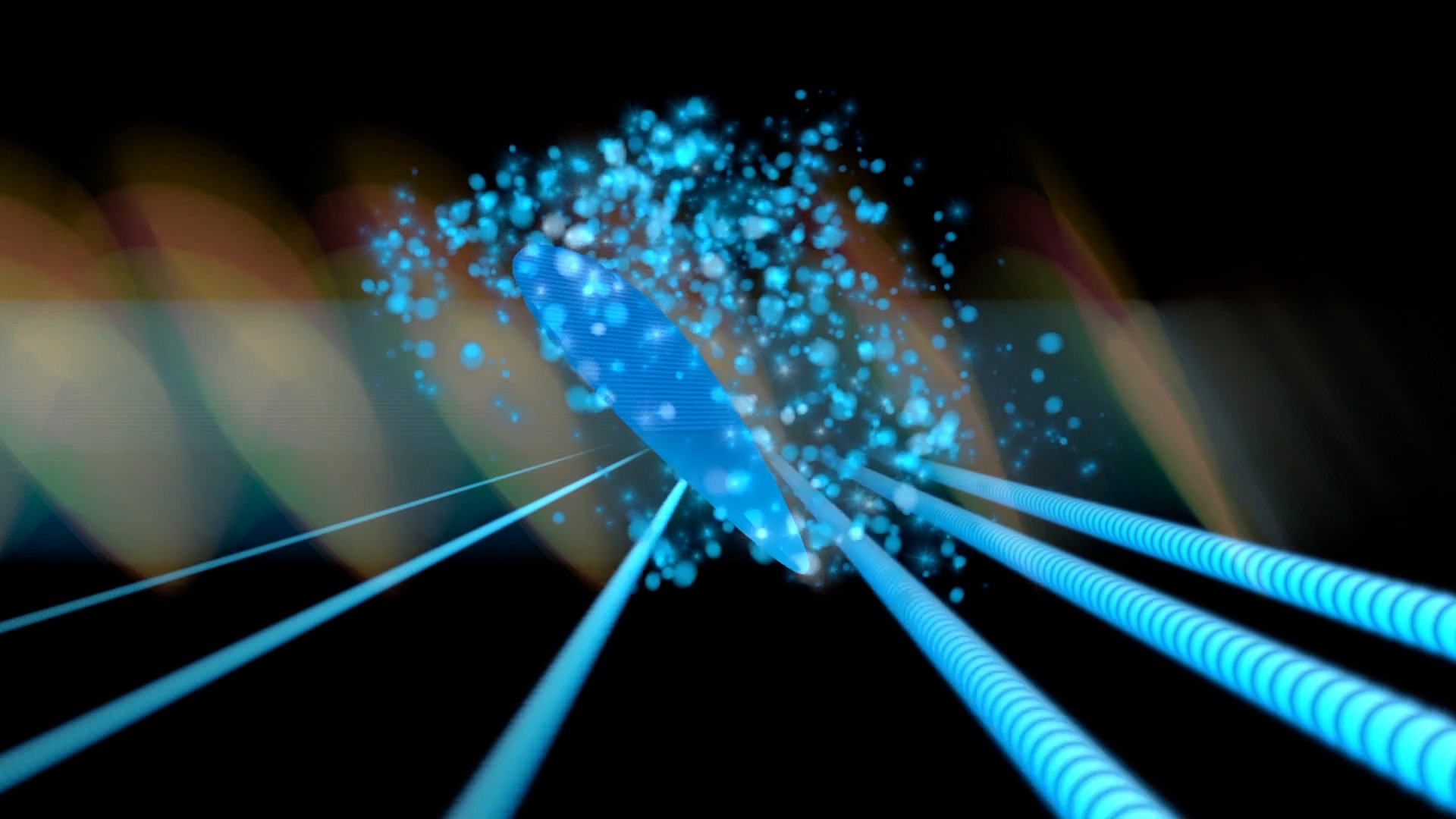 < PREV: What is the Bounce?
|
NEXT: Pentatonic Position I >
Return to:

So that was it. The bounce technique was stringhopping, and it was a convenient solution for certain kinds of medium-speed playing. Eric’s formula for using it, broadly, was downstrokes when ascending across the strings, and upstrokes when descending. This is actually a strategy that is used by many players — perhaps most famously by Al Di Meola, who also employs it in arpeggiated contexts where bluegrass players might instead choose a two-way pickslanting alternate picked strategy.

But Eric’s solution was also idiosyncratic and sometimes employed alternate picked stringhopping passages when multiple notes occurred on a single string. That there was any system of rules for this at all was kind of amazing, considering how clearly subsconscious the whole enterprise was for him. For my purposes, it didn’t really matter what the exact sequence of pickstrokes happened to be. If I was forced to use stringhopping at all, I was happy to do so with alternate picking for whatever boost in efficiency that may have provided.

Neither of these solutions were truly efficient. And that’s why, whenever he started playing fast, the bounce morphed into sweeping — even if he wasn’t aware of it. And that made sense, because bouncing all over the place simply wasn’t efficient. But after poking around some more on the Austin City Limits tape, I discovered that there was at least one situation in Eric’s higher speed playing where the bounce technique actually didn’t go away at all:

Here’s an interesting lick that occurs in the Austin City Limits performance. And what’s interesting about it is that I originally thought it was a whole different lick. I assumed it was the six-note pentatonic chunk, and was just about to hit the fast-forward button, when I looked a little more closely. And there was the surprise: one of the notes, the last one, was simply missing. This lick was actually a repeating unit of fives. In fact, it was just like the ubiquitous sequential version of fives, but with a string skip in the middle.

The last pickstroke of the sequence was a downstroke, and that ownstroke simply hopped over the middle string to begin the pattern again on the same pickstroke.

If the repetition of that fifth pickstroke had seemed so superfluous in the standard incarnation of the fives sequence, it was far less so here. In classic fives, a single sweep was clearly the optimal solution, and Eric himself chose it at higher speeds, even if he was potentially unaware of doing so. But this lick was a different animal. There was a string in between, and there was simply no other way to get over it. Choosing pure alternate picking would flip the picking structure so that the next repetition started on an upstroke. And this could only lead back to the stringhopping inefficiency of my first attempts. Choosing sweeping would slam the pick through the intervening string. Even if it was muted, that didn’t sound like what I was hearing here. It seemed like the only remaining solution, implausible as it sounded, was to jump it.

But how do you do that at these kind of speeds? Or better yet, are we really sure that’s what he was doing? Whether or not he was actually clearing that middle string in its entirety was hard to tell. I thought I could hear a small amount of noise on at least one of the repetitions, but it was slight enough that it could have come from anywhere.

One possibility was that Eric was using a rest stroke, which is what happens when the pick uses the next higher string as a brake. In a rest stroke, the pick hits the next string forcefully, coming to an immediate halt, but not actually playing it. This makes no sound — or so little sound that it’s negligible. The rest stroke would kill the previous downstroke, but you wouldn’t have to use any force to do it. You could instead just focus all your energy on the next downstroke. This is like the way drummers use drumhead rebound to take care of the ascending portion of the stick hit, so they only have to supply energy to force the stick back down again.

The rest stroke technique works surprisingly well, and is possibly the fastest fully-picked method for playing the skip fives lick. Although the pick makes contact with the “rest” string, it doesn’t actually play it, and doesn’t make any substantial amount of sound when doing so. On a high-gain amp, simply rest stroking against a string will produce a very small amount of pick / string contact noise. But during actual playing, this is masked by the surrounding played notes, and completely inaudible.

More importantly, because the rest stroke stops the pick, the next downstroke lifts over the top of the string, and doesn’t actually play it. Even at elevated speeds, where the rest stroke may tend to slide rather than lift, it still shouldn’t slide forcefully enough to trigger an actual plucking of the note.

If the rest stroke does pluck the rest string, you’ve crossed the line into “sweeping through a muted string”. This is a technique that can work, but it does produce actual unwanted sound, and the challenge of doing this is to get so little of it that it is masked by the surrounding notes. With this method, the sweep pickstroke feels like one continuous downstroke that happens to push through a string on its way to the target.

By contrast, the challenge of the rest stroke technique, is to maintain some feeling of distinct downstrokes, even at really high speed. This is tricky to get it right: it requires a looseness in the forearm so that the second downstrokes feels like a bounce that lifts over the middle string. Ironically, this only works if you deliberately and solidly hit the middle string on the first downstroke. The more you try to avoid doing that, the more the technique wants to simply slide over the top of that middle string, which again, eventually becomes muted sweeping — a totally different sound and feel.

But if it wasn’t a rest stroke, it was also possible he was slightly grazing the top of the string as he passed over it. It’s amazing how good the camerawork on Austin City Limits was. At least one camera always seemed to be glued to Eric’s right hand action, and this is more than you can say for many guitar instructional videos. Clearly, the guys in Austin knew how to film guitar players. Being Texas, this probably should not have been surprising.

And upon closer inspection, something else amazing became apparent. It really looked like, in at least some instances, the fifth note wasn’t being picked at all. In other words, four picked notes and one hammer — a “hammer from nowhere”, as it is sometimes called. It was unclear whether or not this was intentional, or simply the final stage of the evolution of the bounce. What began as an obvious hop became smoother and smoother until it simply evaporated altogether, and the lick reverted to its ultimate form of efficiency: pure downward pickslanting, even numbers of notes per string, switching after upstrokes.

Despite the camera tracking, the footage really wasn’t close enough to tell if this is indeed what was happening. But practicing the textbook version of the pattern, with the bounce intact, I could do the skip fives lick relatively quickly, though not as seamlessly as either the alternate picked sextuplets or swept fives licks. If that meant that there was a tiny pause before the pattern started over, so be it. The pause would be so small as to be almost unnoticeable. And Eric’s playing was mostly free-time anyway.

What was really interesting is that I was now starting to see the bounce technique the same way Eric did. In a certain kind of Johnsonian alternate reality, as strange as it sounds, the bounce almost was a hybrid between repeated pickstrokes and sweeping. At the one extreme it was a discrete bounce — two totally separate picking movements. And at the other, it was a single unbroken sweep from one string to another. Somewhere in between those points was the skip fives lick — one movement, but with the smallest pause in the middle, almost like a rock skipping on the surface a pond.
I started creating other ideas that utilized the punctuated sweep of the bounce technique:

In highly orchestrated dwps arpeggiated sequences like this, the utility of the bounce is precisely to maintain the pick structure of the surrounding notes undisturbed while still (for the most part) clearing the obstacles in the way. In this respect it does a paradoxically good job.