Olli Soikkeli’s tasty vintage stylings wouldn’t be out of place at a jazz age lawn party with linen suits and coupe glass cocktails. But when he fires up his 21st-century alternate picking technique, you’re about to take a ride in a DeLorean time machine of jazz guitar.

Olli’s blazing duets with Gypsy jazz stars like Joscho Stephan would already place him among the premier practitioners of that classic swing style. But when you take a close up look at his technique, you realize just how unusual that company is. Olli gets the sound, but he does it with alternate picking. This approach is less like Django’s storied rest stroke technique, and more similar to what you find at the elite levels of bluegrass guitar and classical mandolin.

It is perhaps this outsider perspective, both artistically and technically, that contributes to his unique sound. He has adapted and arranged dauntingly complex Brazilian Choro pieces by masters like Pixinguinha and filled them with a mix of influences from Django to the present. By deftly blending elements of European, American, and Brazilian jazz, he has created a voice that is as hard to pigeonhole culturally as it is historically.

In our interview, we get to the bottom of Olli’s awesome double escape alternate picking technique. Its semicircular curvature, clearly visible in slow motion, is what enables the arpeggiated leaps in challenging pieces like “Alumiando”, the duet with Choro master César Garabini that opens the interview. We discuss how Olli employs that technique while visualizing fretboard shapes for playing through changes. And we investigate his Gypsy-style strumming and tremolo techniques, which have also been adapted to his signature blend of old-time and modern sounds. 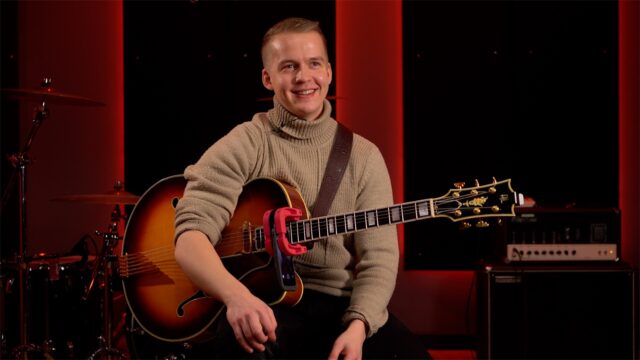 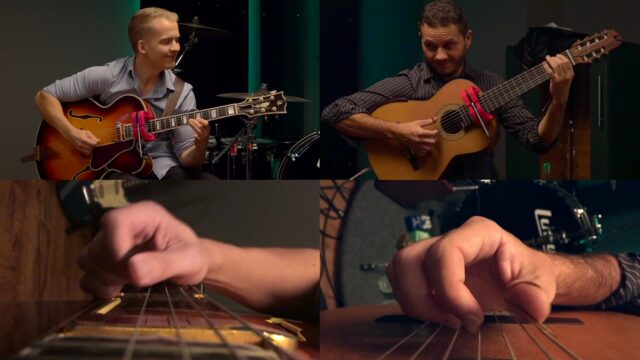