When riffs, comedy, and storytelling collide, it’s time to prep for the Metalocalypse!

Rarely do so many skills grace the course of one career, let alone at the same time. And yet without this unlikely convergence of musical and cinematic creativity, the Metalocalypse might never have arrived. When it launched on Cartoon Network in 2006, the show was an instant hit. It was a lovingly calibrated satire of modern metal chronicling the disastrous exploits the fictional and yet all-too-real megaband Dethklok. The show’s pitch-perfect sendups of metal personalities rang immediately true, drawing a stream of enthusiastic leather-studded cameos from the likes of James Hetfield and Steve Vai.

But behind Metalocalypse’s arch parody was a seriously astute tribute to the music itself. The show’s animated visuals featured accurate instrument technique closeups as the band careened through a soundtrack packed with monster hooks and crushing guitar work that was good enough to stand on its own. This launched the virtual band into reality, as Brendon and a team of crack players brought Dethklok to life across three soundtrack albums and multiple tours.

In the Dethly Riffs interview, we dive into both the rhythm and lead techniques behind Brendon’s Dethklok and subsequent Galaktikon solo projects, tackling playthroughs of Dethklok’s punishing “Dethsupport” and Galaktikon II’s epic tremolo-powered “Icarus Six Sixty Six”. The technical talk investigates Brendon’s multiple approaches to fast thrash-style downstrokes, as well as a detailed examination of his intuitive command of single-note lead playing. We tease out the artful combination of wrist motions he uses to tackle three-note-per-string scales in the intensely rocking Paul Gilbert style. And we break down how those motions transition seamlessly to even faster elbow mechanics.

In the second conversation, Brendon takes us behind the curtain for a look at how Metalocalypse came to be. How do you fit Mark Hamill, Malcolm McDowell, and a coked-out rock and roll clown into 11 minutes of metal mayhem? Stay tuned to find out! 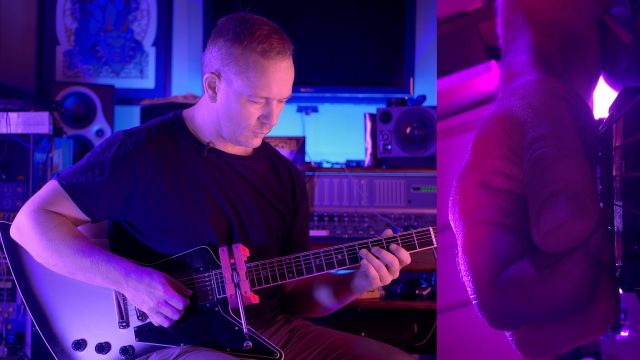 The rhythm and lead techniques that power Dethklok and Galaktikon 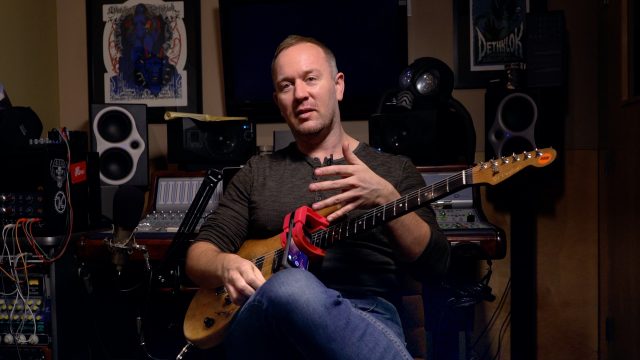 Behind the curtains on the show, its genesis, and production