The amazing Andy Wood dropped by the studio for two days of live broadcasts, question and answer sessions, and hands-on exploration of his favorite torture devices: electric guitar, acoustic guitar, and mandolin.

Andy’s famously musical and fearsomely precise technique is the result of years of formative training in bluegrass. The basic structure was forged on mandolin, honed on acoustic guitar, and then translated to electric guitar in his late teens. You heard that right. Despite arriving at his first electrified instrument later than most of us pass our road tests, he nevertheless went on to win Guitar Center’s national Guitarmageddon contest only a few short years later. That’s as compelling a testament as any to the effectiveness of the multi-instrument cross training that Andy used to build his core chops.

Indeed there is a common foundation of picking motions across all his chosen instruments: the wrist. Andy’s devastatingly rapid wrist deviation pickslanting technique enables Paul Gilbert-style scalar sprints across the strings, and his fluid supinated crosspicking technique takes care of more complex phrases that wind their way in between the strings.

For this meeting, we deployed the Magnet for a closeup look at all these mechanics on electric and acoustic guitar. And we debuted a headstock camera on Andy’s mandolin to capture a wider view of his technique that includes a view of his forearm setup and motion. 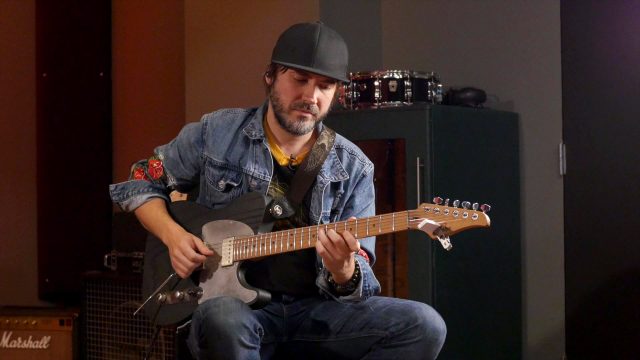 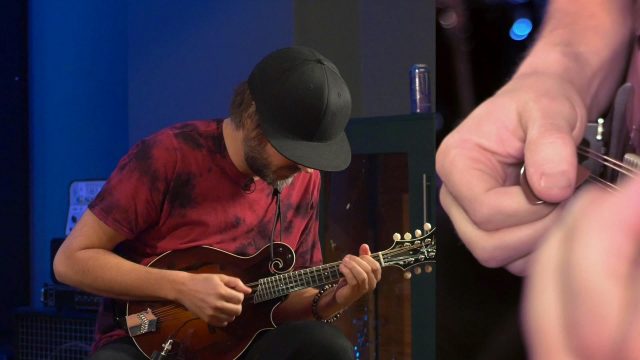