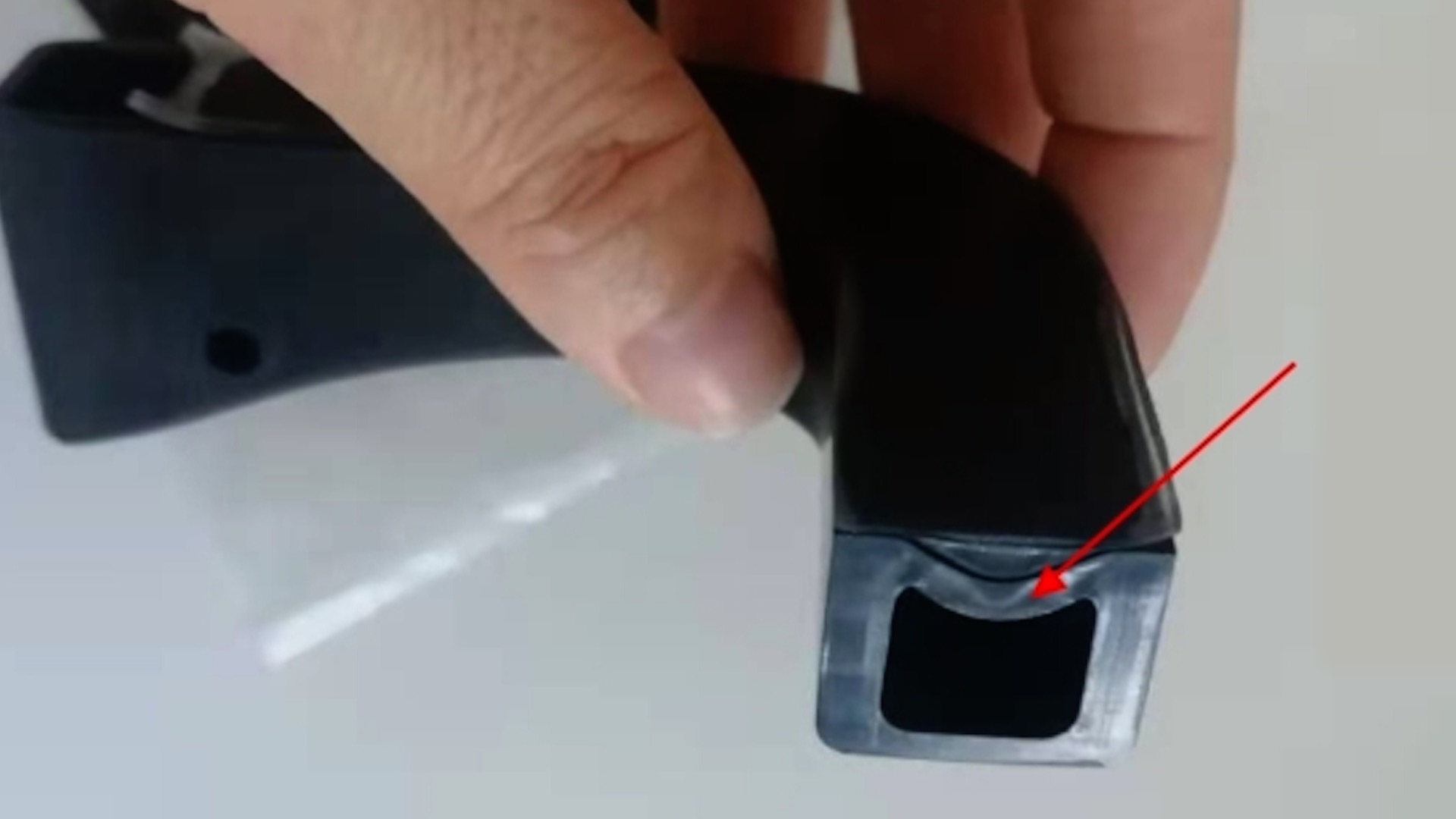 Magnet backers! We hope you’re doing well, and with the pandemic and the current winter bearing down on everyone, we understand that’s no small task. Just a quick update on Magnet production. The short story is we’re still stuck — pun intended — at the rubber phase, which we discussed in our last update.

You may recall they’ve made some modifications to the models to eliminate a few unnecessary thin strips of the rubber “overmold”. Fewer and fatter rubber sections will be easier to mold. However the consistency of the rubber itself is now proving tricky. They have to heat it up to get it to flow into the mold, and at that temperature, it’s actually melting and deforming some of the plastic parts it has to stick to. Here’s a snapshot of what it looks like when the love affair between rubber and plastic gets too hot and heavy:

To solve this, they’re going to have to do a few more trial and error runs to determine the optimal temperature where the rubber mixture still flows but doesn’t melt the surrounding parts. They may also have to create more or larger openings for the rubber to flow through. This means modifying the mold or “tool” itself, which is a hunk of steel. If they have to go that route, they need to send that out specifically to the tool engineers, which is a specialist job.

Throughout this process we’ve been working closely with our designer, who chose this particular factory in part due to their experience with overmolding. He’s confident they’ll be able to figure this out. It’s just a matter of more tweaking and testing, and that takes time.

We mentioned this in our last update, but we’ll say it again that we were premature in thinking we could pick a specific delivery date for the Magnet given the deceptively complex nature of the device. The Magnet doesn’t have that many parts, but the ones it does have are curvy and have all kinds of small openings and rubber grips that are proving tricky to do through injection molding.

So we’ll stick with providing updates when we have more information, rather than trying to predict when they’re going to be able to deliver finished units. We’ll be back in touch when they have some success with the overmolding — which hopefully will be soon, and will give us a much clearer idea of what the finished product should look like.

A few other notes:

Thanks again for your patience, and of course, thanks for backing the Magnet!

– The Cracking The Code Team