Is this the most influential guitar pick of all time? 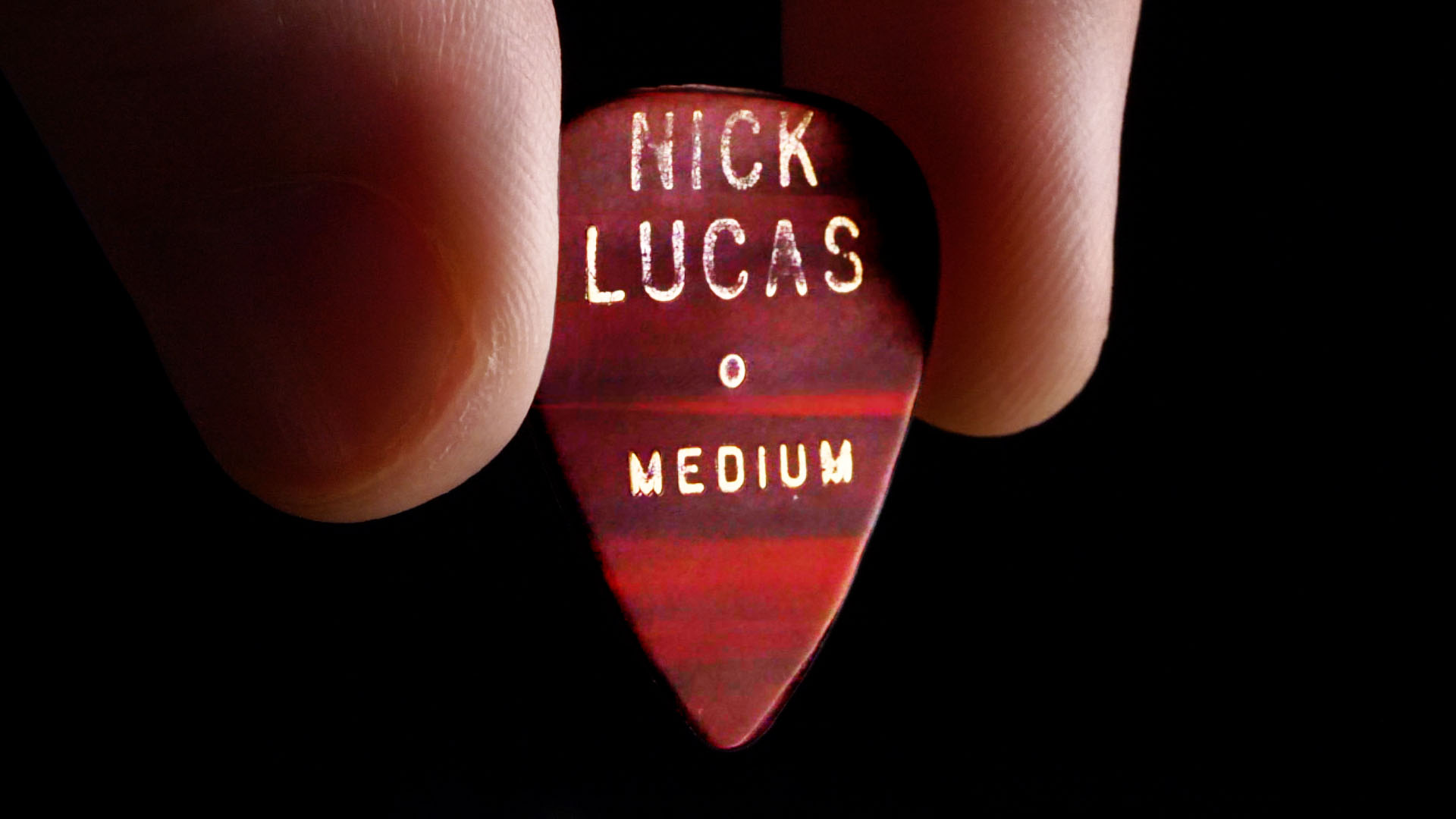 Quick:  what’s the most influential guitar pick design of all time? You can picture it: the elongated, isosceles triangle shape, with the flat top and the rounded over point. That’s just… you know, a guitar pick, right?

It’s more than that. It’s the model 351, a design that guitar pick industry pioneers the D’Andrea company produced in the 1920s by way of collaboration with another guitar pioneer, Nick Lucas. This is how that all happened:

Italian immigrant Luigi D’Andrea kickstarted the golden age of guitar picks in 1920 when he picked up a sheet of surplus celluloid at a sidewalk sale in New York’s Little Italy.  By the end of the decade, the D’Andrea catalog featured all the classic designs any modern player would recognize.

One of those designs in particular was born out of collaboration with 1920s crooner and guitar technique star Nick Lucas. If you know the Nick Lucas name at all, you may know him as the original singer of the tune “Tiptoe Through the Tulips”, which he performed in one of Hollywood’s earliest color “talkie” movies, the 1929 film “Gold Diggers of Broadway”. But Lucas, whose given name was Dominic Lucinese (naturally), may have made his greatest contribution to guitarists when he hooked up with the D’Andrea company through personal connections to produce what is probably the world’s first commerical signature model guitar pick.

Branded with his more Hollywood-friendly moniker Nick Lucas, the model 351 pick was created in collaboration with, or perhaps even simply created by the D’Andrea company themselves, and sold under Nick’s name. Either way, it took off. Amid growing interest in guitar technique, it soon became the most popular celluloid guitar pick design in production. After the D’Andrea company inked a deal with Fender in 1955 to supply Fender-branded model 351 picks, the 351’s fate was sealed for a new generation of rock players. To this day remains probably the most frequently copied and produced guitar pick shape you can buy.

With its tapered shape and rounded-over point, the 351 offers a wealth of tonal variety in a friendly size, making it a super versatile all-purpose choice. Learn more about it in the linked YouTube feature above, or learn even *more* about picks and how they work in the Pickslanting Primer, which now includes almost two hours of awesome material on this very subject.