Getting Mechanical With Martin Miller 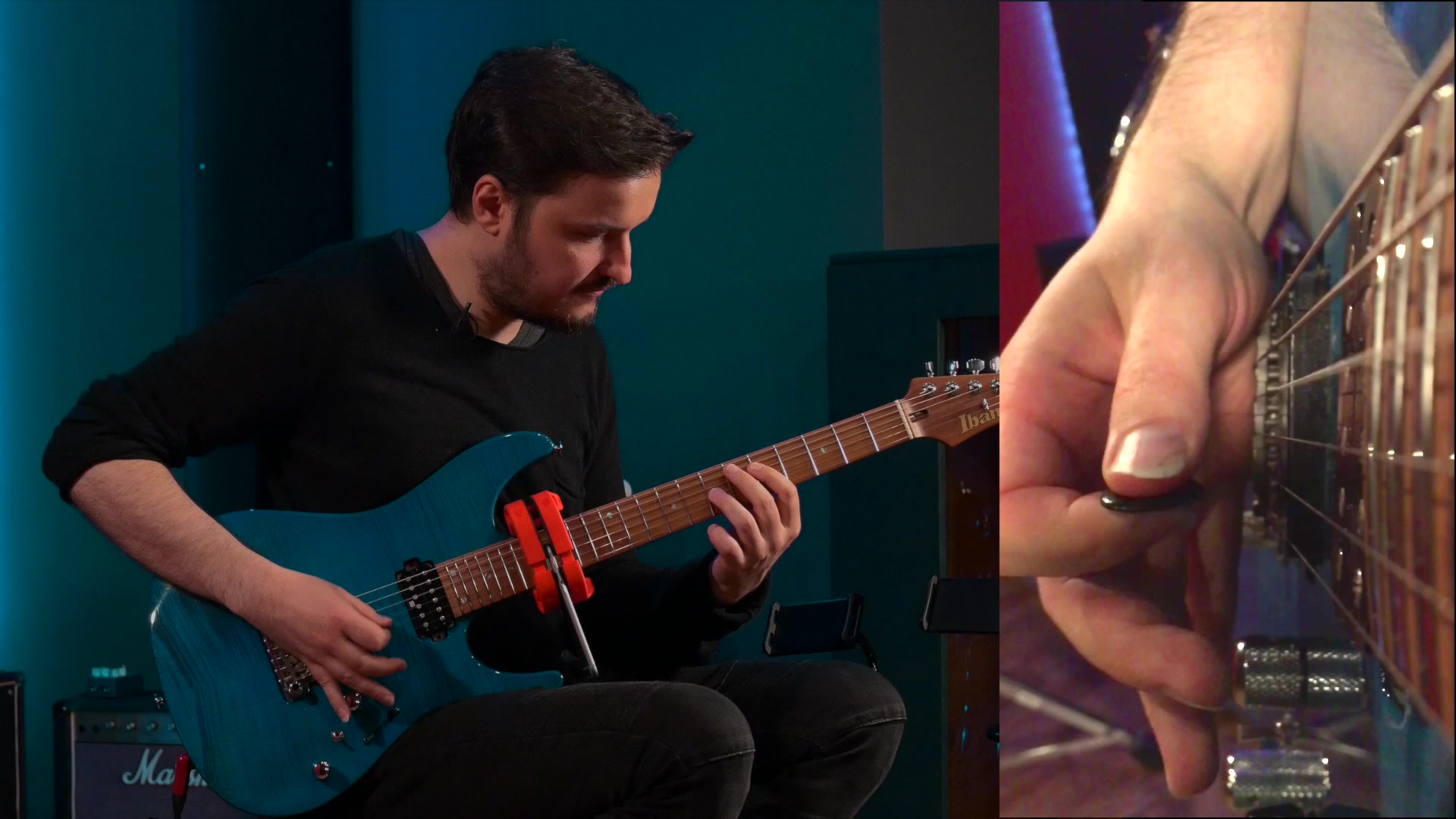 Martin Miller’s spectacular alternate picking technique is probably one of the most-discussed playing techniques we’ve filmed. And it was initially also one of the stealthiest, invisible not just to us but also to Martin himself. Wait, what?

Before we interviewed Martin the first time, we had seen a few clips of him playing impossible things, like the famous low-string arpeggios from Steve Morse’s tune “Tumeni Notes”:

But it was anyone’s guess what was happening under the hood to make this kind of inhuman accuracy possible. It just looked like – I don’t know, picking motion? That all changed when we met up. Within minutes of walking through the door of his Leipzig apartment, the unique motion of his index and thumb was suddenly and somehow strikingly obvious:

Turns out, this was also news to Martin himself. Like many elite players, Martin learned how to do all this subtle mechanics engineering by feel, at some point in his teenage years, without conscious awareness of the movements involved. And that’s common to all the gifted players we interview. It’s not just that they can play extraordinary things — it’s that they learned the motions necessary for doing so entirely on their own, with nobody showing them how.

On closer examination, we both learned that Martin’s core technique is built around the kind of curved “double-escape” pickstroke found more often in bluegrass circles. The double escape is one of the four fundamental types of pickstrokes, which we’ve written about here before, and which we teach in instructional material like the Pickslanting Primer.

It’s this curved motion that allows Martin to execute one-note-per-string phrases at blazing speeds, without crashing into the surrounding strings:

The technique was so powerful that we made it the focus of our first feature on him.

As much as the existence of Martin’s unique motion was now clear to us, the exact source of its motion was not. Even close up, it’s hard to spot exactly which joints in Martin’s hand and forearm are moving. To make matters more complex, there is probably not just one version of the movement. Martin is aware of changes to both the motion and his grip which he makes semi-consciously when clicking into higher gear.

So when we finally got our new studio together, Martin was one of our first scheduled guests. We wanted to take a close-up look at his super-powered alternate picking motion with the goal of figuring out where exactly this motion comes from, and how we might begin to tackle learning it. You can find that conversation right here: 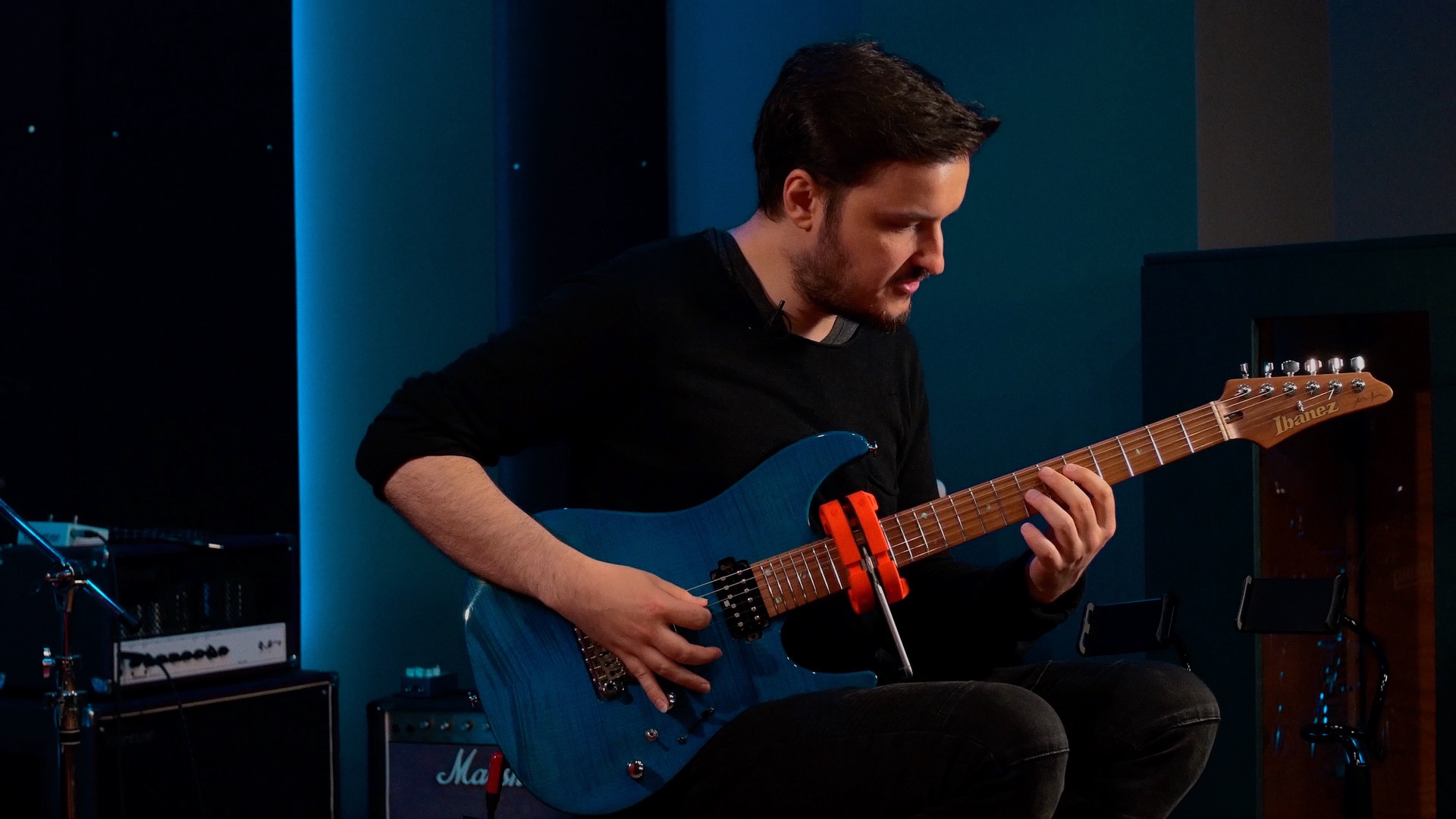 Two nerds try to decipher Martin's spectacular picking technique – and one of them is Martin!

This was a super fun conversation on a subject that both Martin and Cracking the Code have had some time to think about by now. So how far did we get? That’s a matter of debate! But we definitely get a good look at exactly what’s going on. If you’ve seen our first two interviews with Martin, or spent any time trying to develop the motions he uses, then this conversation is a perfect complement to those efforts.

And as always when we sit down with Martin, his thoughts are wide-ranging, wise beyond the topic at hand, and a privilege to listen to.