Martin Miller’s spectacular alternate picking technique is one of the most-discussed playing techniques we’ve filmed. And it was initially also one of the stealthiest.

Before we interviewed Martin the first time, we had seen a few clips of him playing impossible things, like Steve Morse’s famous “Tumeni Notes” arpeggios. But it was anyone’s guess what was happening under the hood to make it possible. That all changed when we met up. Within minutes of walking through the door of his Leipzig apartment, the unique motion of his index and thumb was suddenly strikingly obvious in a way it had not been on video. Now we had a different problem: how do you learn it?

In this hands-on, workshop-style conversation conducted two years after our original meeting, we take a close-up look at Martin’s super-powered alternate picking motion with the goal of figuring out how it works. If you’ve seen our first two interviews with Martin, or spent any time trying to develop the motion he uses, then this conversation is a perfect complement to those efforts.

And as always when we sit down with Martin, his thoughts are wide-ranging, wise beyond the topic at hand, and a privilege to listen to. 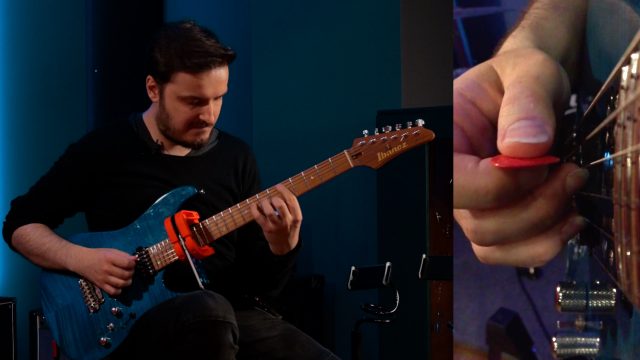