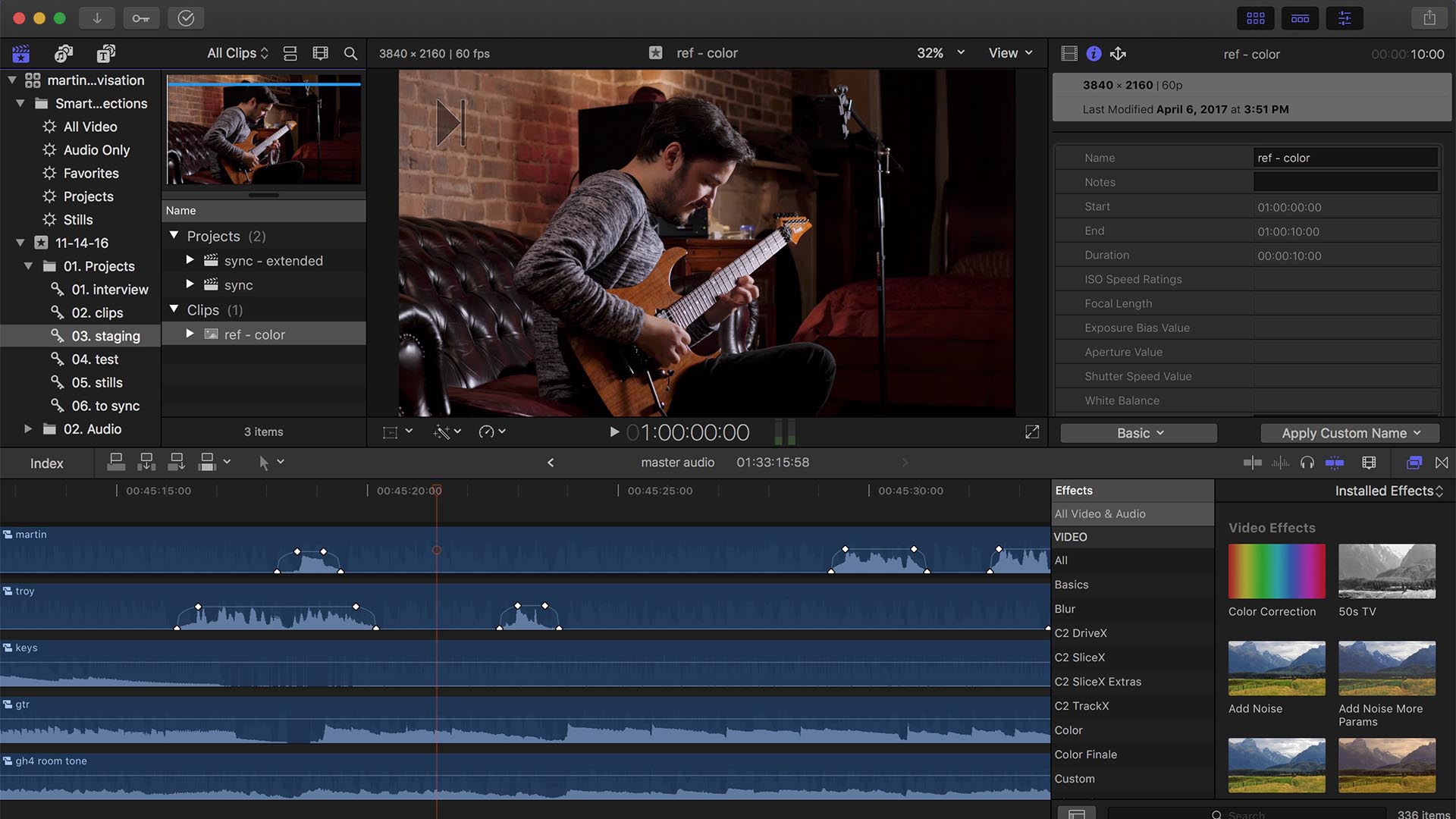 As an example of what we have to do to get a great sound mix in our interviews, take a look at the above screenshot. We’re editing an interview I did with Martin Miller on improvision. He’s on guitar, I’m on keys. All in the same room. I’m going through the whole thing manually as I edit, clamping down his mic to only when he talks and only when I talk. I can’t use automatic ducking like we do during live broadcasts like the Batio thing, because he sometimes talks and plays at the same time, and so do I.

So… you have to make sure that the blend with all the mics on still actually sounds good. This means making sure things aren’t too loud in the room when you’re filming. The instruments were recorded direct, but for monitoring purposes I had his guitar going through the Dynaudio monitors behind him, and the keyboard has built-in speakers which we set just loud enough to hear, but not louder. During the brief moments when we both talk, the mics are all up, as you can see in the Final Cut timeline. The direct tracks are still dominant, but there is additional room tone. In fact, we even included the on-camera mics from the GH4 (the angle shot) as a room mic, blended in at a lower level at all times, to provide stereo spatiality. When we’re playing and not talking, the vocal mics are clamped down. The room tone track is always on.

There is no algorithm for this so it’s manual keyframes, as you can see. This will be thousands of little edits by the time it’s done. But the blend, even with all the mics up, sounds good because we took care to make it so when we were filming. And when they are clamped, it’s an ultra-clean studio sound with a really nice stereo image. And finally, the two blends are not so far apart. So it doesn’t sound like a different world between clamped and open. They are still of the same time and place.

For more on this conversation with Martin, stay tuned!