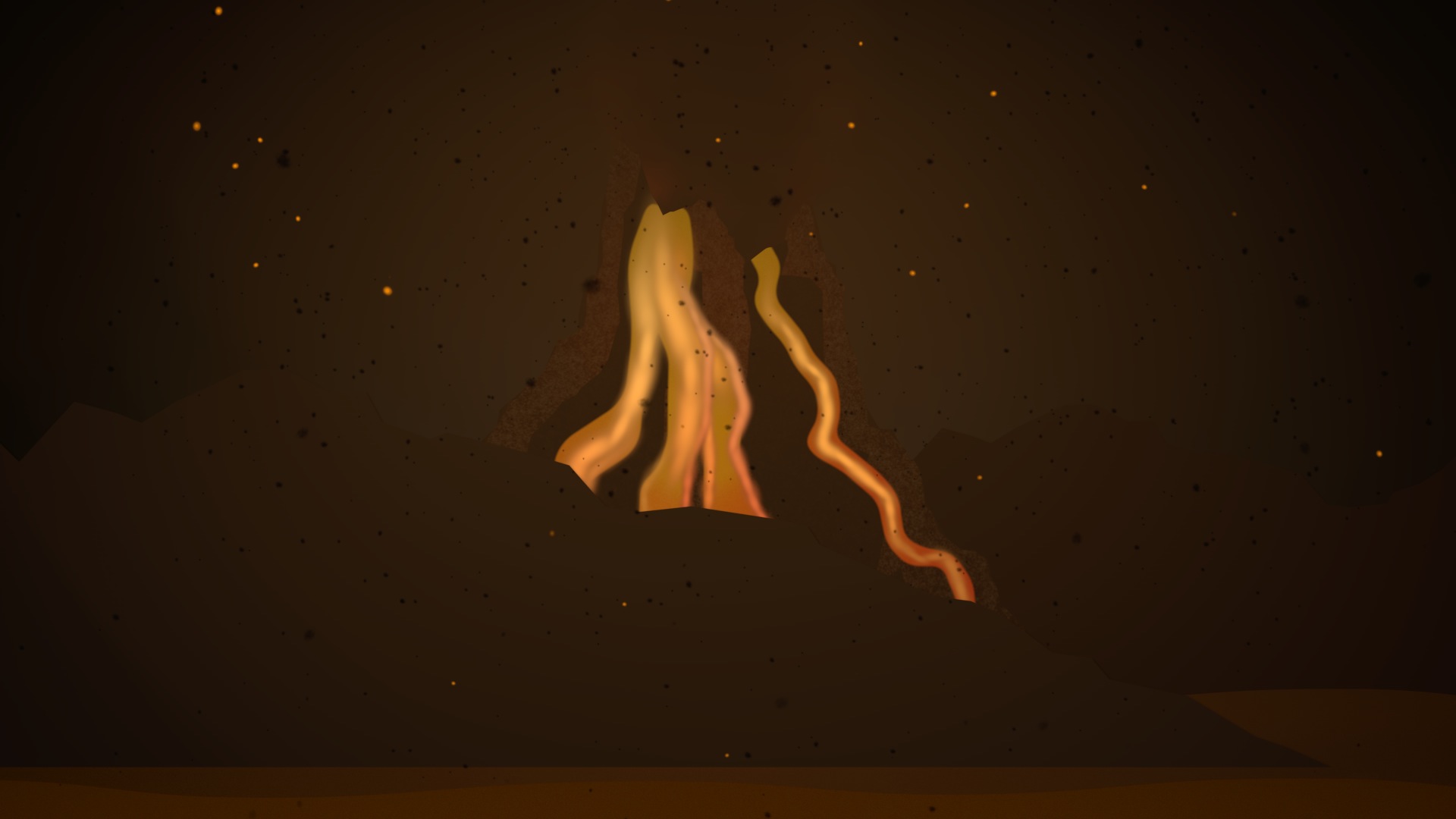 Cracking the Code Season 2 heats up with Yngwie’s positively volcanic combination of right-hand techniques. Episode 2, Inside the Volcano, completes Yngwie’s right-hand strategy with a critical catalyst of his picking power: sweeping. 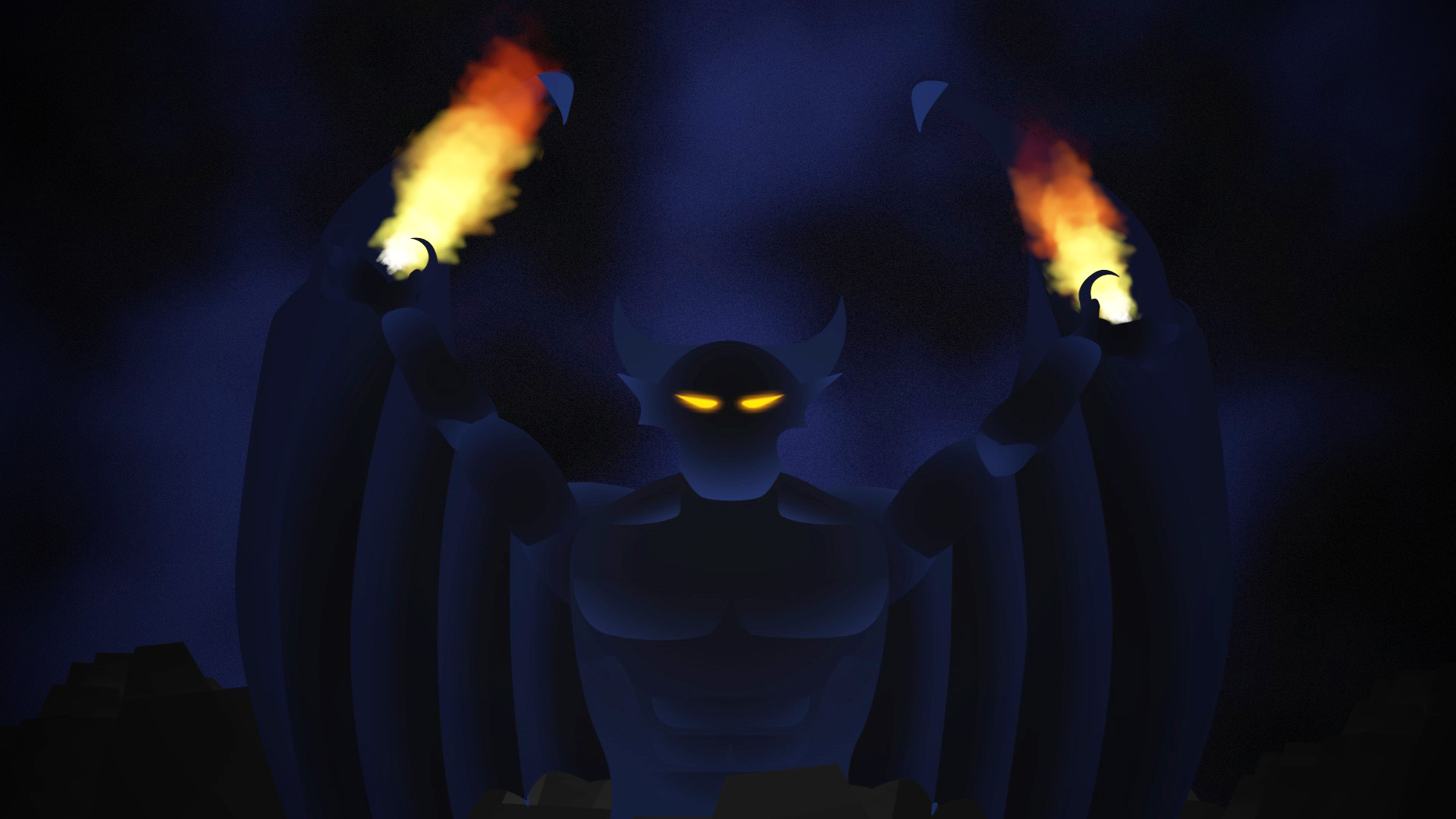 Countless YouTube videos document the nearly totemic status of the sweep arpeggio as the gateway to advanced picking technique in the modern era. But in the ’80s, sweeping was still a subject of intense mystery. Even by the time I arrived in High School in 1986, the technique was practiced by exclusively exalted virtuosos like Vinnie Moore, Tony MacAlpine — and of course Yngwie himself. And while the term sweeping might have been somewhat familiar to younger players like me, its execution was anything but.

I was aware of the rake, a kind of muted scrape across the strings used as a rhythmic device in styles like reggae. Pop musicians had used variations on this general concept for decades. The technique famously provides the arpeggiated flourish on the intro chords to Del Shannon’s iconic ’60 hit Runaway.

But raking was nothing like the hyper articulation of Yngwie’s genre-defining arpeggio playing. The precision and clarity of his impressively intervallic passages at unbelievable tempos simply defied explanation. Nobody that I knew was aware of how he did it. Even those that thought they did failed to replicate the sound. 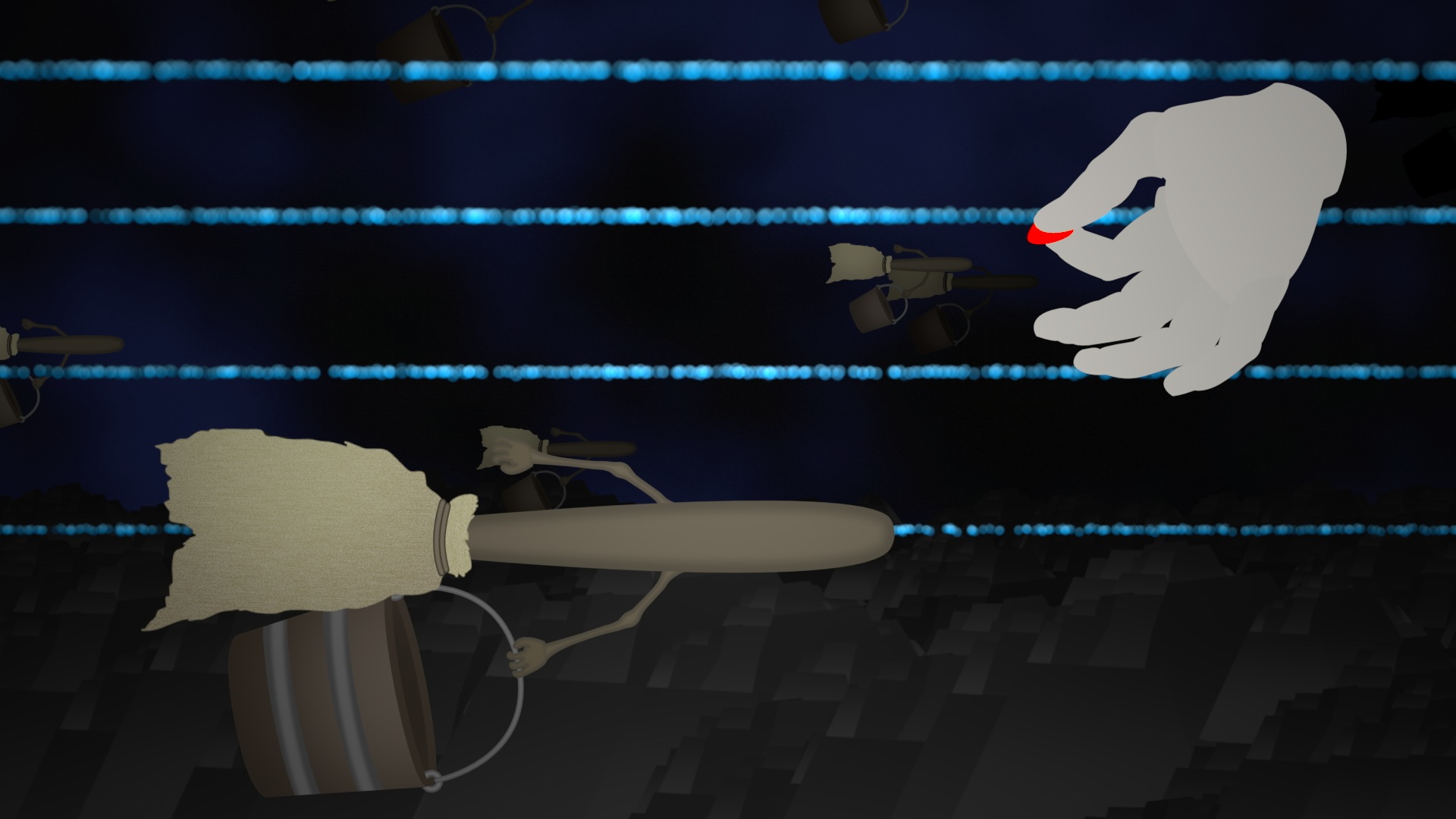 The common beginner approach of keeping the fretting fingers locked in a static chordal shape wasn’t enough. It produced only the overlapping sounds of Runaway, and adding unrealistically heavy muting to deaden the decay only lead to less fluidity in the sweeping motion itself. And this of course offered no insight into Yngwie’s seemingly effortless ability to repeat the pattern in a hypnotic swirl of arpeggiated colors.

Yngwie’s actual solution — an ingenious combination of alternate picking, legato, and sweeping — is a feat of plectrum engineering as elegant as any that exists in guitar. And thanks to its reliance on downward pickslanting, as we’ll see in the episode, it is mechanically quite different than the two-way sweeping arpeggio strategies of prodigies like Jason Becker that became popular by the end of the decade.

But sweeping in the Yngwie world is far more than a way to play arpeggios. It is a core component of his strategy for efficient string switching that enables something that downward pickslanting on its own cannot: the ability to switch strings after downstrokes. 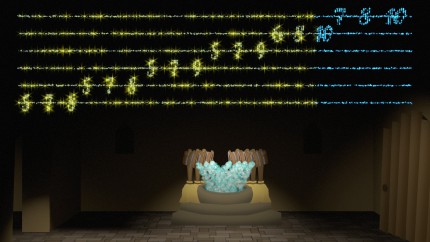 This was powerful. By itself, downward pickslanting allows string changes to happen with almost no mechanical expense, but only on upstrokes. In the first episode of the Season, Get Down for the Upstroke, we saw how we could break free from this constraint through the clever use of legato. This wasn’t so much an extension of the downward pickslanting strategy as it was a subversion of it. By using a pull-off to force upstrokes, we could simply avoid downstroke-based string changes altogether, along with their mechanicall inefficiency.

But by introducing sweeping — in the physically downward direction, the same direction as his pickslant — Yngwie could turbocharge downstroke string changes by simply pushing through to the next string. Even by the time the term economy picking perhaps redundantly took root as a way of describing the application of sweeping to scalar lines, the sophistication of Yngwie’s integrated approach remained mysterious, even to advanced players.

The fact is that the most challenging and unique elements of Yngwie’s scalar vocabulary are neither swept nor alternate: they’re both. 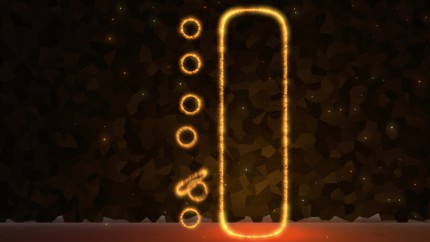 THE VOLCANO PATTERN: An ingenious combination of alternate picking and sweeping that powers Yngwie’s scalar expression.

In the Yngwie picking strategy, sweeping works together with downward pickslanting to allow string changes after both upstrokes and downstrokes. Artful combinations of the two techniques allowed Yngwie to play passages of daunting complexity. His most impressive licks are, at best, extremely challenging for a pure alternate picker, and simply not possible at all with pure sweeping.

One such example, the volcano lick, is constructed from a hybrid alternate-sweep pattern that appears frequently in Yngwie’s scalar playing. It is this stroke of mechanical genius from which Cracking the Code Season 2, Episode 2 takes its name. And it serves as a kind of Rosetta stone to Yngwie’s approach. By the episode’s conclusion, we will have distilled the power of this lick into into five simple rules that summarize the nearly limitless possibility of the Yngwie strategy for musical expression. 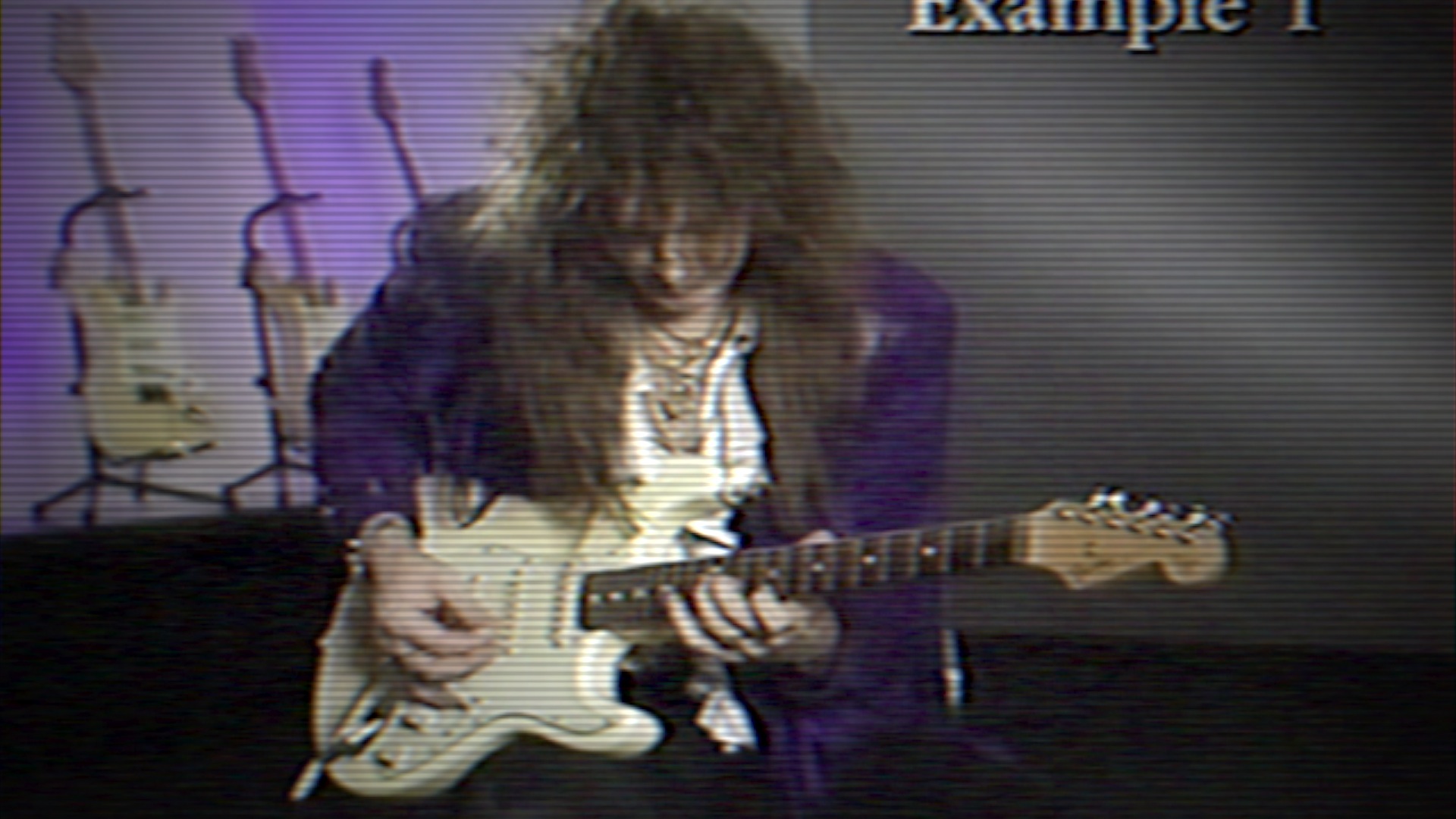 THE UN-ORTHODOX: The counterintuitive genius of Yngwie’s one-way pickslanting approach.

These first two episodes of Season 2 are a dyad that completely encapsulates the power of a particularly powerful approach to playing. It is an approach shared by a comfortable majority of the world’s greatest players, from Eric Johnson, to Shawn Lane, to George Benson, to Randy Rhoads, and many more. The near ubiquity this strategy — a one-way pickslanting strategy — will become clearer as we move through Season 2.

This is not what we expected. Holding the pick with a pronounced floorward slant, rearranging fretting shapes to happen after upstrokes, utlizing legato to force upstrokes, using sweeping to switch strings — it all seems so… unorthodox. It is the antithesis of what you’d imagine any guitar teacher telling a novice. And yet, it’s precisely the opposite. Consider the sheer quantity of legendary players who instinctively found their way to it, and its nearly universal application across musical styles, and its potential for reliable power and speed. It is, in some sense, the very definition of guitaristic. 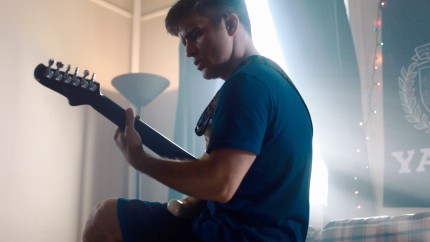 OBEY: The regimentation of the Yngwie strategy as a source of unprecedented creative freedom.

In the chronology of Cracking the Code, the Yngwie system represents a solid ten years of my own technical evolution. This was a time when, for all I knew, this was not just a good way to play — it was the only way. I became so comfortable with the interplay of its five component rules that I could begin to improvise mechanically. I could devise appropriate fretting and picking structures for new lines, on the fly, without “doing the math” of individual pickstrokes and string changes.

And that’s the key: Creative freedom is not escaping the rules, but becoming so conversant in them that they become effectively invisible. I achieved invisibility with the Yngwie system so thoroughly that I never felt constrained by its limitations — only empowered by its possibilities.

May it be at least as invisible to you.