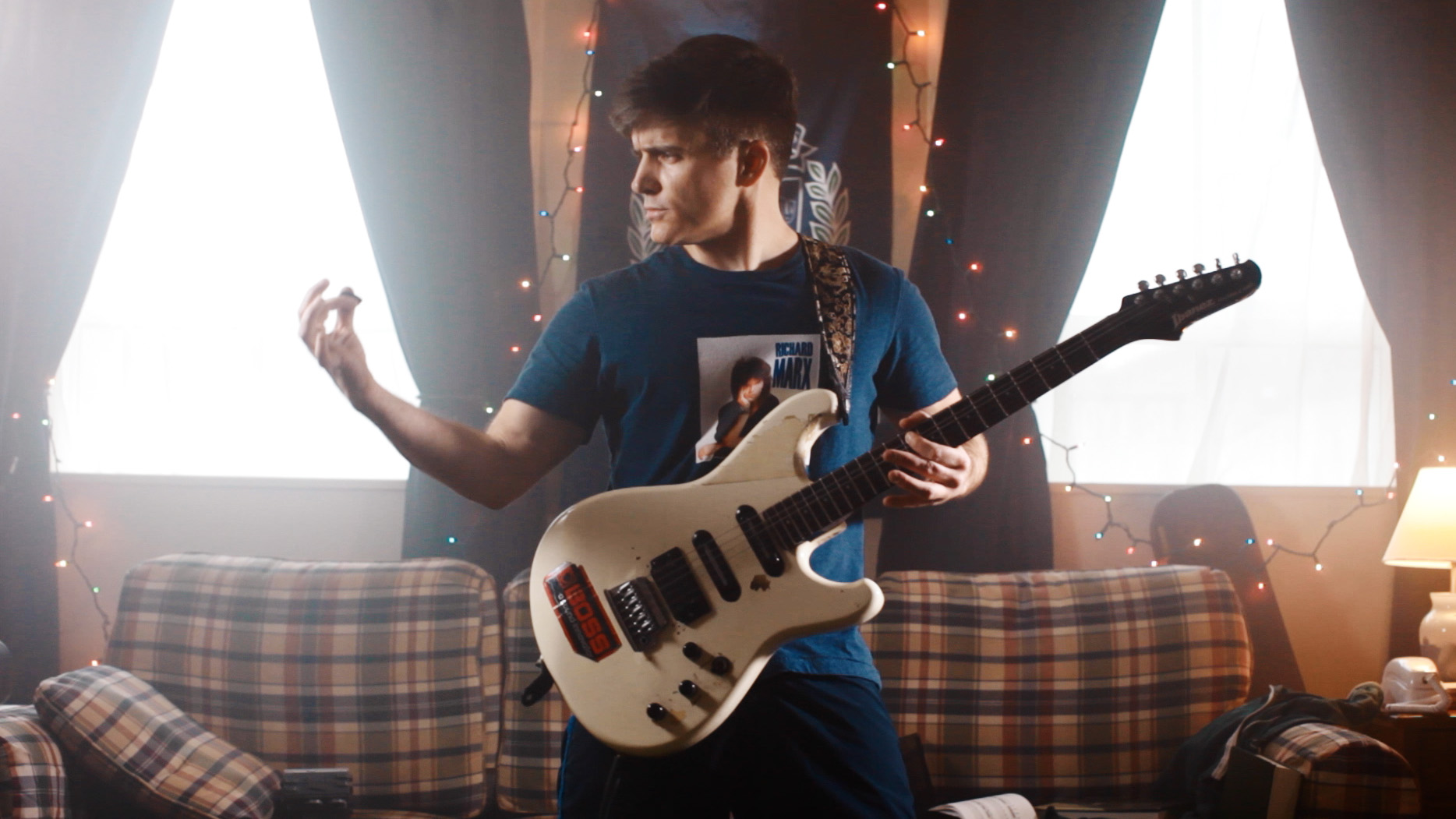 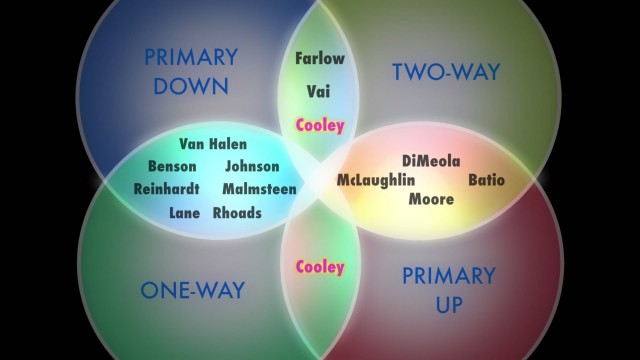 SHARING IS CARING: It’s a Venn diagram world out there, and you and I are just trying to get a slice. Hey, Rusty, leave some for the rest of us!

We’re really excited to release Episode 1, “Get Down for the Upstroke”. The episode is over 20 minutes long, produced in our signature style with custom animation and in-house soundtrack production. It ties together many of the investigative threads from Season 1 to arrive at one of the most fundamental concepts in advanced picking: downward pickslanting. Along with chunking, downward pickslanting forms the foundation of Yngwie’s technique, and powers his neoclassical innovations by enabling effortless string changes, repeatable and accurate picking movements, and flawless hand synchronization.

If you visit the Season 2 page, you’ll notice a fresh coat of paint. In addition to more detailed episode descriptions and a killer Season 2 Preview video, we’ve eliminated the daunting preorder counter at the bottom of the page. For those of you who have been following for a while, that deserves a bit of explanation. 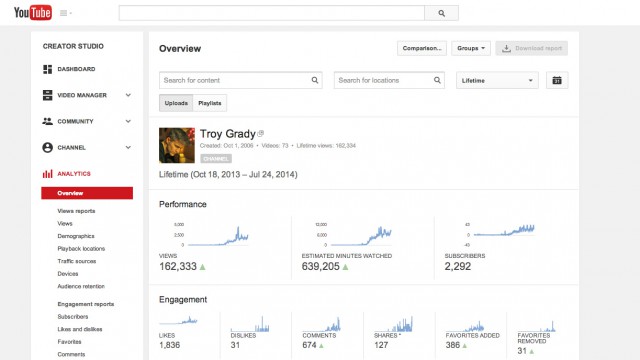 MOVIN’ ON UP: Views, subscribers, minutes watched — our apologies to Gato Maru, but we’re eating into your airtime buddy!

We’ve received over 100 preorders for Season 2 at this point. As many of you have surmised in emails to us, this is not a number that comes close to covering our production costs. But in combination with the enthusiastic response the show has received (almost 150,000 YouTube channel views in the last three months!), it’s a heartening indication that there are many of you who value what we’re making, and really want to see our show continue.

So we’ve decided to go ahead and produce and release the first episode of Season 2. While this partly a way to promote the show as widely as possible, it’s also much more than that. We know the promise that even this single episode holds for your own playing. And we started this show not just to make a buck, but to make a difference. So far it seems to be working. Season 1 was a nostalgic and fun flashback to a golden age of years past that resonated strongly with many of you. (Thank you so much for burying us in thank-you notes!) But we’re really just getting started. Season 2 has the power to completely transform the way you play, and we really wanted to start that conversation now, no matter what. 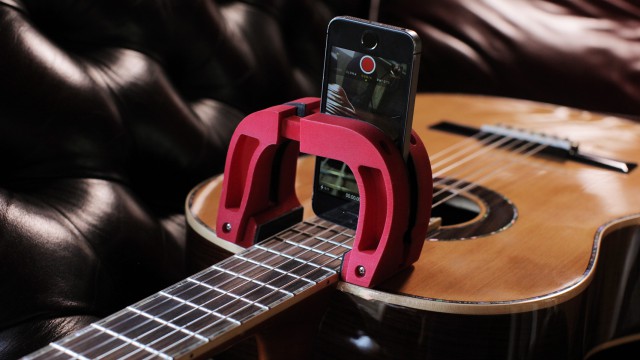 In addition to the Season 2 premiere, we’ve got a few other publicity and funding ideas cooking. Very soon you’ll be reading about us in a major guitar publication, in a two-part profile of the show and the Season 2 techniques in particular. We’re also weighing the option of a Kickstarter campaign for the show, which we may decide to pursue depending on how the next couple months unfold. And we’re hard at work developing an awesome guitar camera mount, which we think will be a home run for anyone who’s ever attempted to understand their own playing technique. We’re in advanced prototype stages and are learning about how to launch full-scale production on this innovative device. It’s been super useful to our own production, and we want to get one into your hands as soon as we can.

All that being said, if for any reason we’re unable to deliver the remainder of Season 2, rest assured you’ll absolutely get a full refund. But our ideal plan — and hopefully yours too — is to figure out how to get the rest of the show produced. 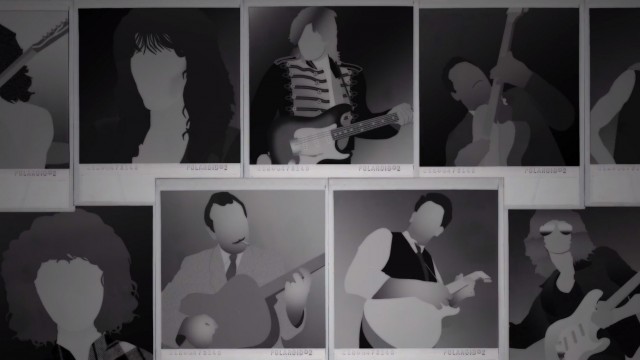 GET DOWN WITH THE FAMILY: The vast adoption of downward pickslanting throughout history and across diverse musical styles makes it the largest branch of the plectrum family tree.

As you know, it takes about a month of intense focus to produce each one of our episodes. It’s a huge amount of work, but we think the results are worth it. In Season 1, we built a production pipeline that allowed us to air episodes every two weeks, while production continued behind the scenes. Production overlapped our broadcast schedule so that the season finale aired just as we finished it. In similar fashion, we’ll need to take a few months off to build the Season 2 pipeline, so that we can start airing episodes at regular intervals. When we come back, you’ll be able to watch the rest of the series straight through, just like we did in Season 1.

The premiere episode of Season 2 represents a treasure trove of mechanical breakthroughs. Indeed, the techniques of legends like Yngwie, Eric Johnson, Shawn Lane, and so many others are built almost entirely on its foundations. You could spend an entire playing career exploring the wealth of creative possibilities these techniques afford.

We hope you enjoy the season premiere as much as we enjoyed creating it for you, and we look forward to taking this exciting journey together.