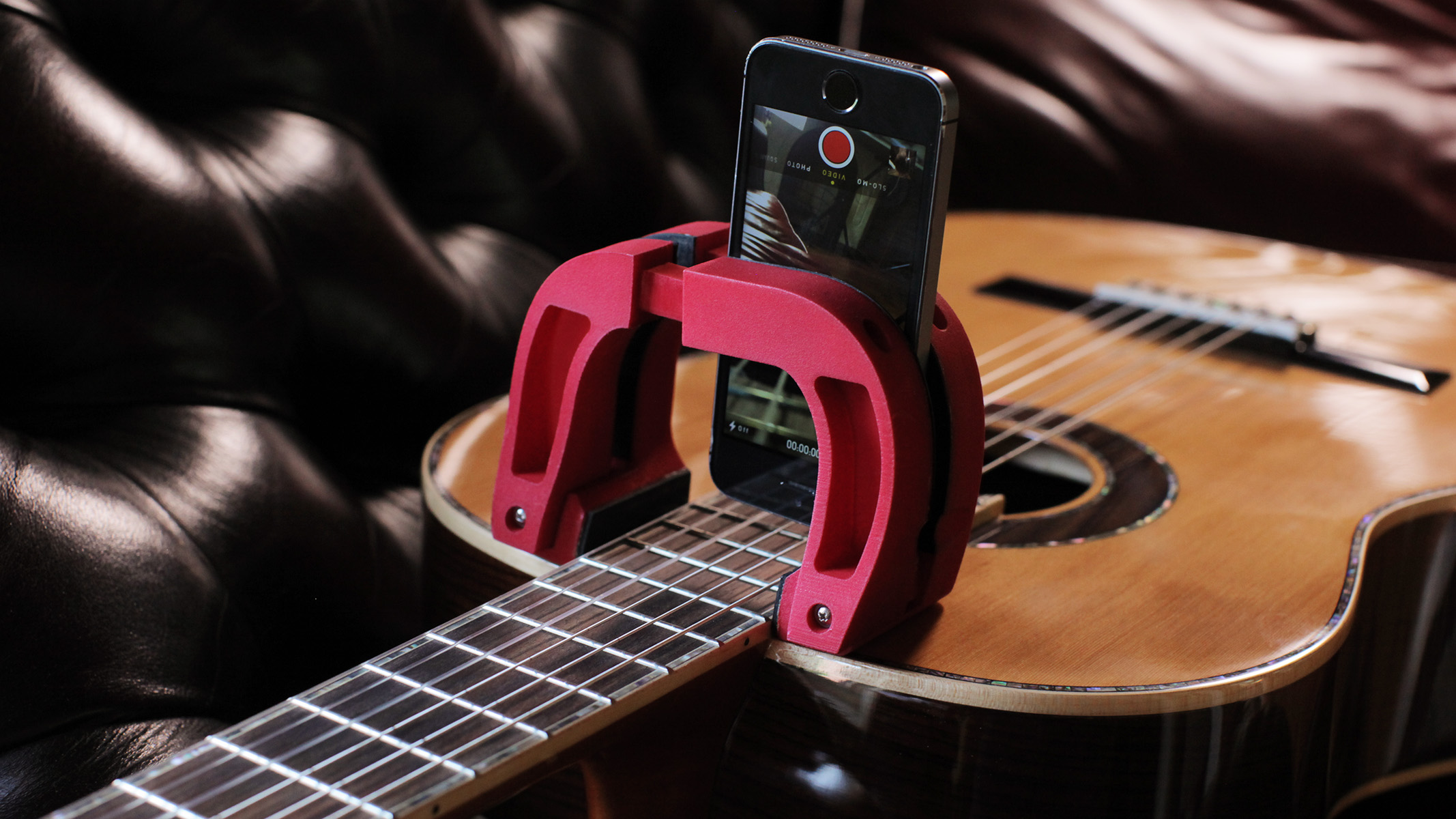 The design of our smartphone camera mount has taken a quantum leap of sophistication in its most recent iteration. In fact, it has matured to such an extent that we’ve been using it in our own projects here at Cracking the Code. We recently produced a series of special features spotlighting Season 2 picking techniques in various musical styles.

Even though we have more to tweak with the design, the mount performed with a level of reliability that almost made us forget we were using a prototype. In particular, its gripping stability limited the rolling shutter artifacts of the iPhone 5S camera more than expected, considering that guitars like the Martin D28 put out a positively seismic level of vibration worthy of their Dreadnought moniker!

In the first installment of our “Down Around the World” series, we take a look at two musical styles that couldn’t be further from dragons and Viking ships. In upcoming Season 2 episodes, we’ll note surprising mechanical similarities across all players, both amplified and not.

Whether it’s major 9ths and flatted fifths or crosspicking and driving rhythms, this series will have something for all types of players. Slow-motion video and tablature will be available as free downloadable extras exclusively for Season 2 purchasers.

We’re thrilled with how the mount is turning out. You can’t click “buy” yet, but if you like where we’re going with this, you can definitely click “share”. You’ll find those buttons at the top of this post — go ahead and give it a shot!