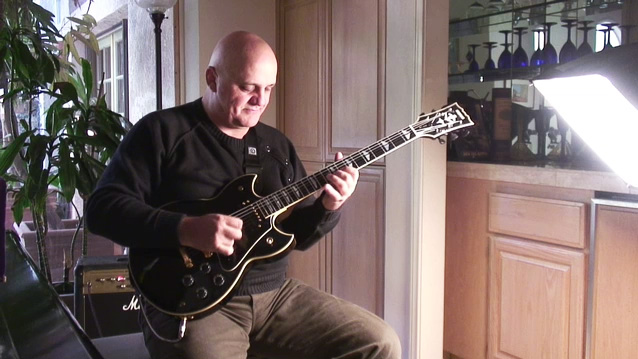 It’s a good thing I don’t work in Apple’s marketing department, because I really can’t keep a secret.

I silently posted two updates to the Cracking the Code players page over the past month or so, and now that global media distribution has become as easy as falling down stairs, it didn’t take long for word to get out. And with stiff competition for pop cultural bandwidth from Anna, Sanjaya, and Don, I consider this a victory for guitarists everywhere. 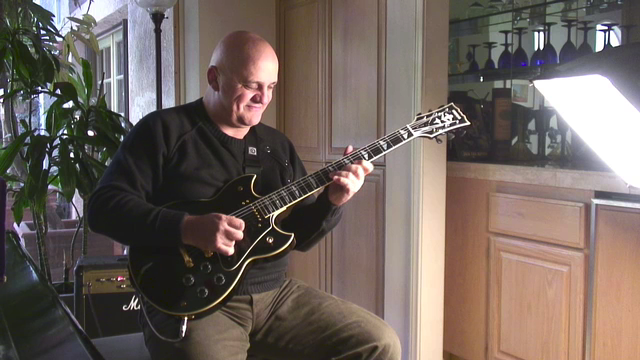 SWEEP EMOTION: Frank Gambale’s sweep picking innovations are exceeded only by his taste and expressivity.

If you have a chord progression, Frank’s got a solo for you. Both a technical and musical maestro, Frank Gambale’s contributions to virtuoso guitar need no introduction. But his sheer musical artistry is what makes him a joy to listen to. His solos strike that ethereal balance between study and inspiration — perfect marriages of technique and creativity that are obviously improvised, yet lyrically prescient in a way that is more typical of compositions.

This joy was increased exponentially when he sat for my cameras and belted out lick after spotless lick of the tasty and inspired fusion shred that made him famous. I’m most familiar with Frank’s early work, and I came prepared with a battery of Centrifugal Funk-era suggestions for him. It was both surprising and exciting to watch him reel off these oldies-but-goodies as though he had just played them the day before. Technically, Frank is a classic example of the kind of complex yet autonomic mechanics I investigate in the Code, and I’m very happy to have him in it. 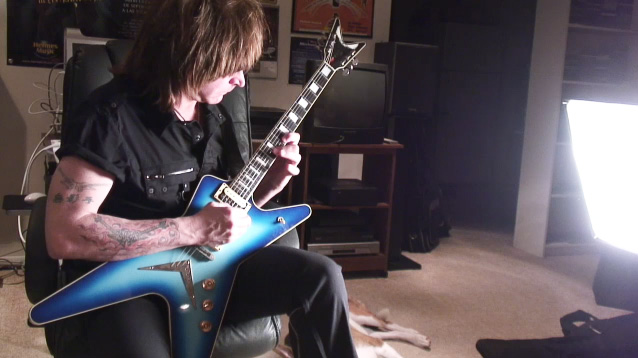 If there’s a name in metal guitar that is synonymous with technical bafflement, it’s Michael Angelo Batio. Mike’s startling alternate picking ability — among the most versatile of anyone in rock — is but one of the arrows in his quiver, though perhaps the most deadly. Nearly all of the “exercises” in Mike’s 1987 Star Licks instructional video release are essentially unplayable by anyone save for Mike himself. You could call this a pedagogical failure. I call it an instant classic!

In the course of our two-hour interview, Mike raced through many of these classic licks as effortlessly as though they were a staple of his current practice repertoire. And that my friends is one of the hallmarks of physical genius that becomes apparent after you’ve interviewed a handful of such individuals: the technique is never that far away, even with relatively little warmup, and with no advance notice of the licks I’ll be requesting.

The meeting with Mike confirmed a few exciting hypotheses about his technique, and of technique in general, which will serve as cornerstones of the film project. Another legendary player, and an exceptionally nice guy, whose participation in the project I’m grateful to have. 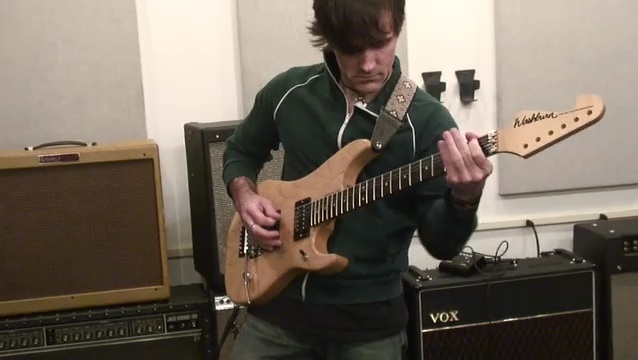 Most of the instructional material you see on my site is just the tip of the internet iceberg. The production of the final piece may involve several weeks (or even a month) of late nights, but the background preparation has sometimes required literally hundreds of hours of research and practice. Some of this doubles as research for the Code film project, but not always. So for my latest feature I specifically set out to do something that, in terms of research hours, would require precisely zero. And ironically, what you’re seeing as a result, in this month’s Amp Shopping [[insert link to Amp Shopping here]] feature, is probably the most realistic example of the current state of my own technique.

In Amp Shopping, we take a stroll down to Manhattan’s noted Ultrasound Rehearsal and spend almost three hours playing a small selection of some of the greatest amplifiers fingers can play. As you can see in the 36-minute, 484MB video feature that accompanies the written story, this was both an entertaining and ear-opening tonal adventure. It was also technically challenging. Do you have three hours’ worth of interesting licks to play? Maybe Frank Gambale does, but I sure don’t. 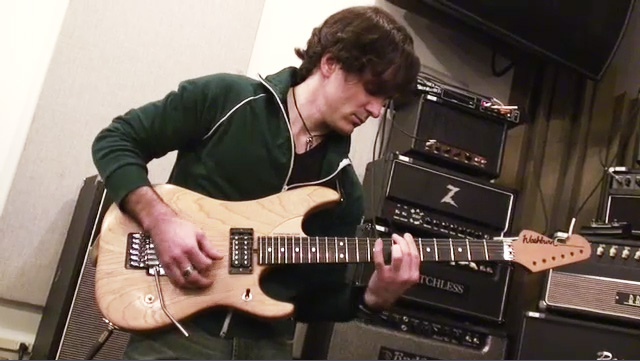 YOUR HOLLOW BODY IS A WONDERLAND: The Two Rock Topaz does jazz. Or a reasonable facsimile thereof.

In fact, as you can also see from the video, one byproduct of the research for the Code film project is that I’ve become pretty good at three-note-per-string scale playing. While this is an accomplishment I’m proud of, it is also a limiting factor. One of the reasons I don’t like practicing exercises is that, no matter what anyone says, doing so absolutely will negatively affect your improvisational creativity. What you practice is what you play. And if you spend hours practicing patterns, sure enough, when the band kicks in, patterns are what will emerge. And with so much great music both extant and waiting to be created, there’s bound to be something that both satisfies your practice needs and sounds super cool at the same time. Nevertheless, I’ve had very little me-time over the past couple of years to sit down and compose interesting songs and licks that venture beyond the three-note-per-string milieu.

Thankfully, there were some great improvisatory moments that popped up, frequently inspired by the fabulous tones of the amps I played. Check the attached video clips for some ultra-funky Cornford Hellcat riffing, and some cool bop sounds from the versatile Two Rock Topaz.

Get Your Tone On 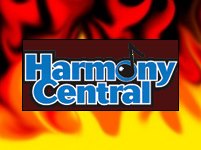 GEAR LUST OR GEAR LOST? Reading about tone is like taking pictures of food.

You may not have been present at the Ultrasound session, but I know you were there in spirit. Which is why I offer you a fun role to play in potentially shaping the amplifier purchase I will ultimately make. I’ve put together a compendium of the sound samples I recorded, and offered them up as a handy survey. Take a look at the Amp Shopping Poll and decide for yourself what you think these amps sound like. With so much written gear review material on the web, but so few comprehensive sound samples available (Seymour Duncan’s excellent web site is a notable exception), I think this format should become the de facto standard as traditional guitar magazines go increasingly digital.