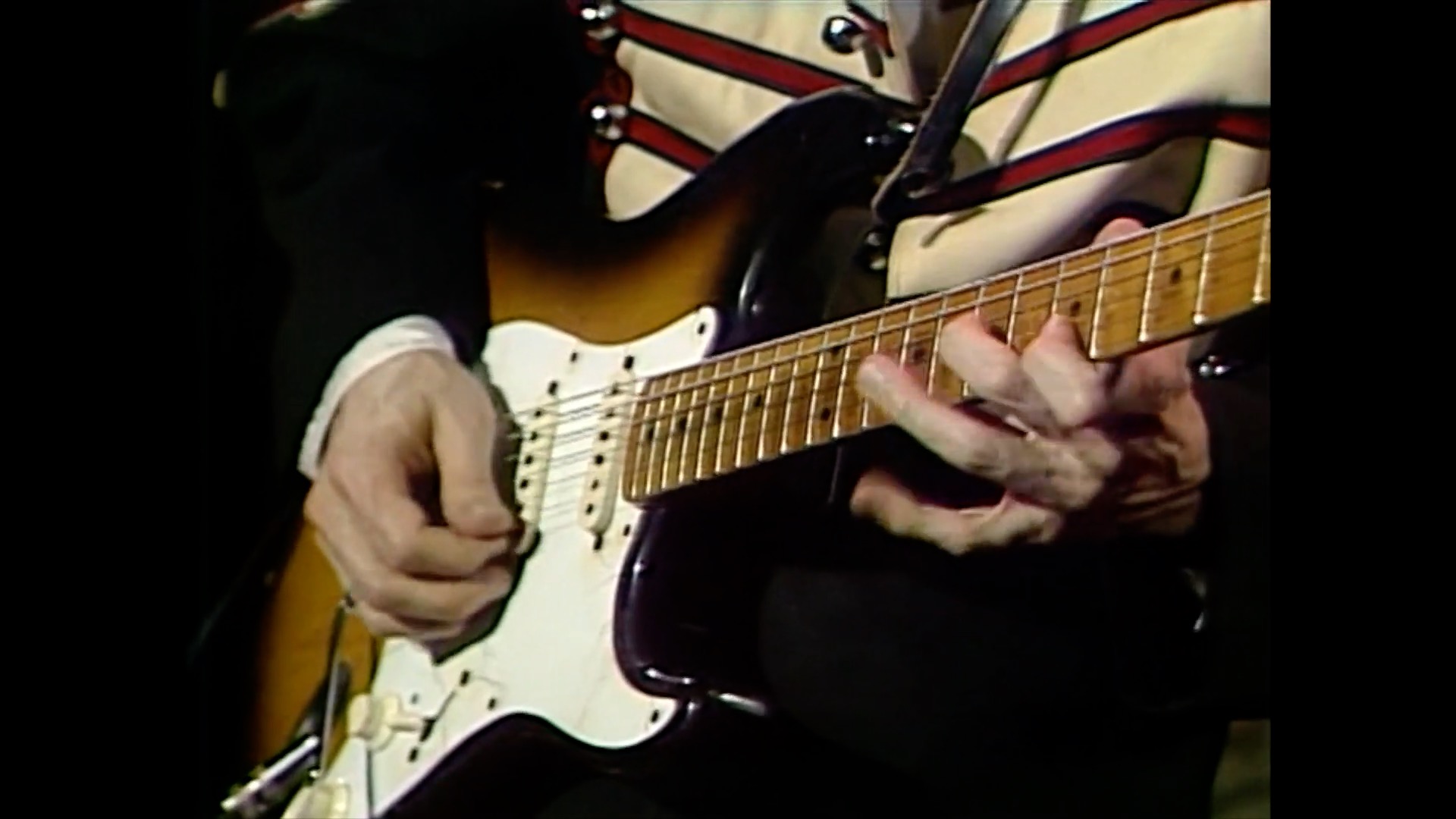 Between the chunks, turnarounds, shifts, cascades, and more, we’ve built an entire arsenal of Eric-style weaponry. Let’s see how many of them we can squeeze into one passage:

Ok that was more like three or four passages. But still. It’s remarkable how much of Eric’s persona we can evoke with a few core techniques, and no more than a couple of his stock phrases. And this is not a knock on his creativity. It’s the proof of it. When a thing can be distilled to the sparest collection of its parts, and still be instantly recognizable, that tells you something. Think of Yngwie’s arpeggios. Or Eddie’s tapping. Or for that matter, think of Michael Jackson’s white glove, and Elvis’ sideburns. If the most influential voices throughout musical history have always been so easily imitated, it’s only because of their incredible uniqueness.

We can recall Jimi Hendrix’s musical persona so vividly with nothing more than the first six notes of the Star Spangled Banner. And we can recall Eric’s ethereal soundscapes with one thunderous open E-string. But it doesn’t mean he had only that little to say to us. It simply means that embedded within that one characterful note, like a kind of musical DNA, was the complete power of his creativity. And that’s pretty amazing.