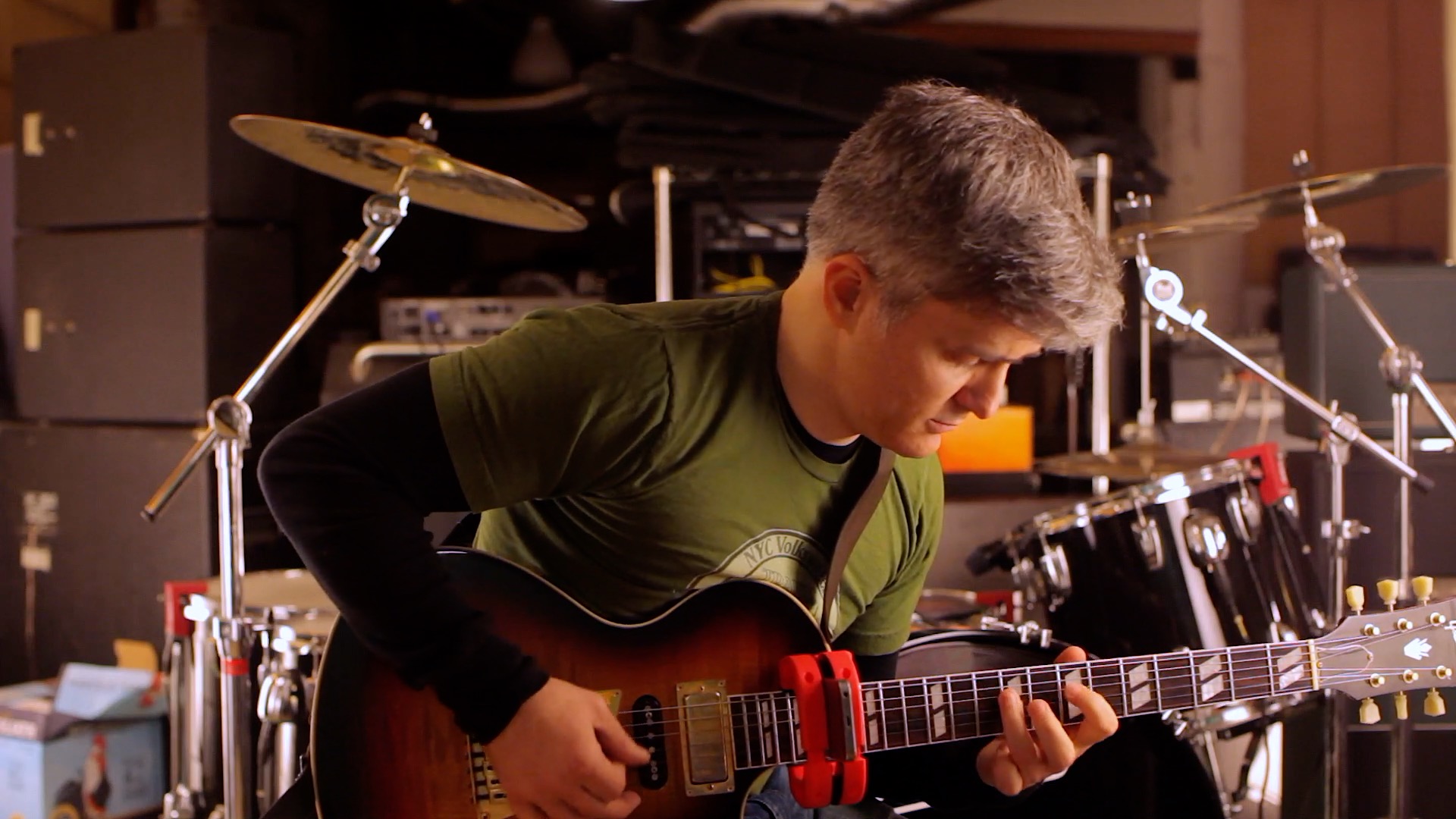 The cascading waterfall of sound that is Eric Johnson’s lead playing has captivated players and listeners for thirty years. Achieved through a mechanical approach nearly identical to Yngwie’s, its sonic signature nevertheless couldn’t be more different. In Yngwie’s playing, the unvarnished augmented second of the harmonic minor scale, the hard elbows of the tritone-rich diminished seventh arpeggio, and the imperial dominion of the V7 chord, all conspire to make his harmonic intent as unambiguous as Darth Vader’s red light saber.

By contrast, Eric’s approach was an almost formless wash of sunshine. Was it major? Was it minor? With no strong harmonic cues, it was hard to say. All the edges had been smoothed away. Even the distinction between scales and arpeggios seemed to blur. His patterns tumbled imperceptibly through positions, like falling through clouds. And his limitless supply of sparsely voiced diatonic chord substitutions — and the chiming echo of the alternate signal chain he employed to play them — only enhanced the vertigo.

And it was the seemingly imperturbable precision and fluidity of Eric’s right hand that made it all possible. Armed with our newfound understanding of pickslanting mechanics, it turns out to be relatively straightforward — though no less wondrous — to recreate Eric’s incredible style.