Hyperpicking is a form of elbow motion with a distinct pattern of muscle activation capable of extremely fast motion.

In hyperpicking mode, named after the 1991 instructional video of the same name, the elbow can attain picking speeds in excess of 300 beats per minute sixteenth notes:

Our laboratory tests with hyperpicking master John Taylor at the Unversity of North Carolina resulted in the fastest human motion ever measured in a laboratory setting: 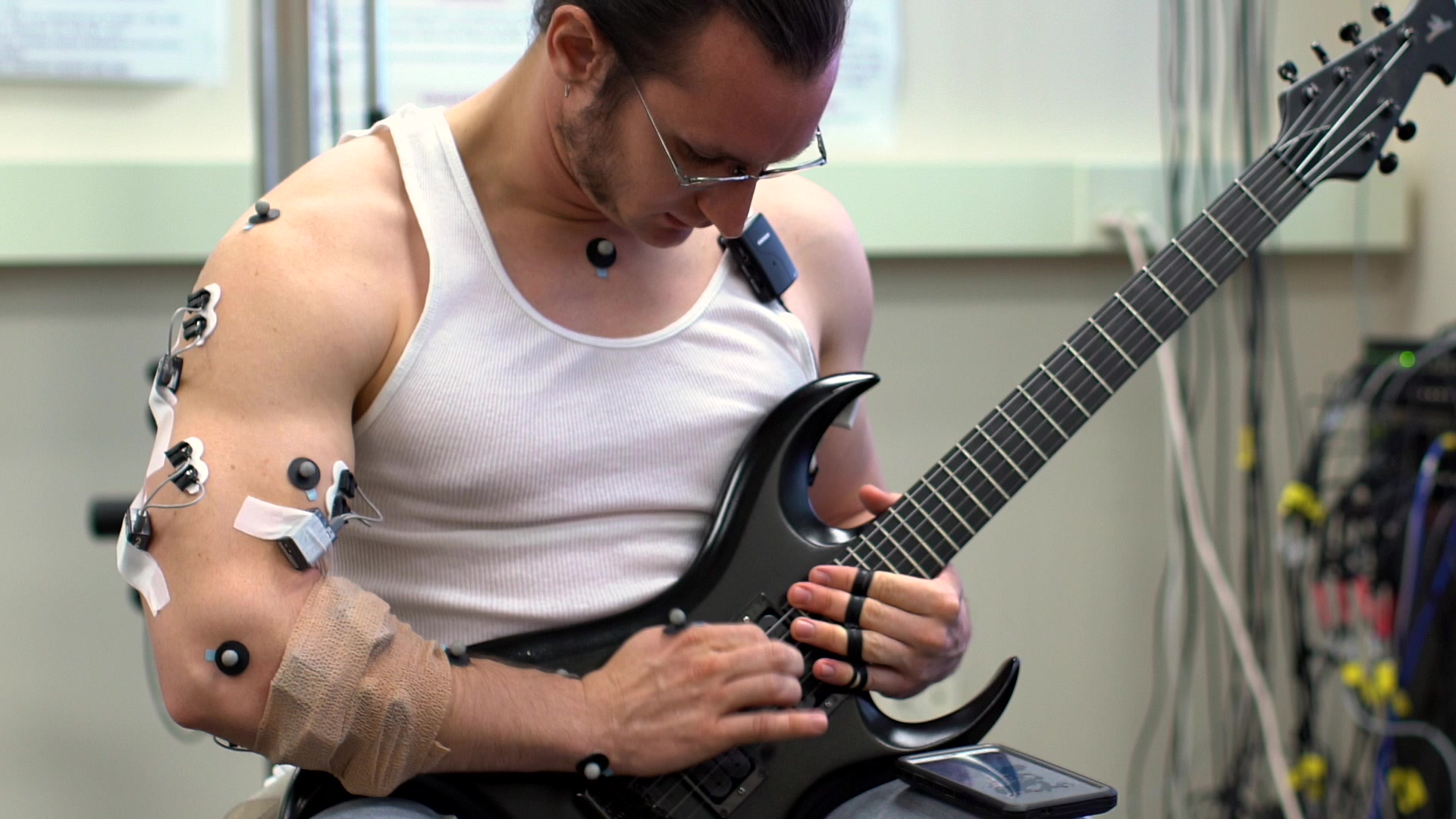 The secret ingredient of hyperpicking appears to be activation of the brachioradialis muscle, which is the bulge in John’s upper forearm obscured by medical tape. In hyperpicking technique, the brachioradialis is tensed along with the triceps, creating what players describe as a sense of vibration — or, as John likes to say, the “jiggle”. However unlike anatomical spasms, which are random, when measured via EMG, hyperpicking motion shows regular, uniform tradeoff between the contractions of these two muscle groups:

In other words, even if it may feel somewhat like an automatic vibration in actual practice, hyperpicking is actually a controlled joint motion. The regular nature of the motion is supported by John’s ability to synchronize it, measuring out uniform semiquavers even at extreme tempos where notes are no longer individually audible:

< PREV: Motion Types
|
NEXT: Introduction to Elbow Motion >
Return to: