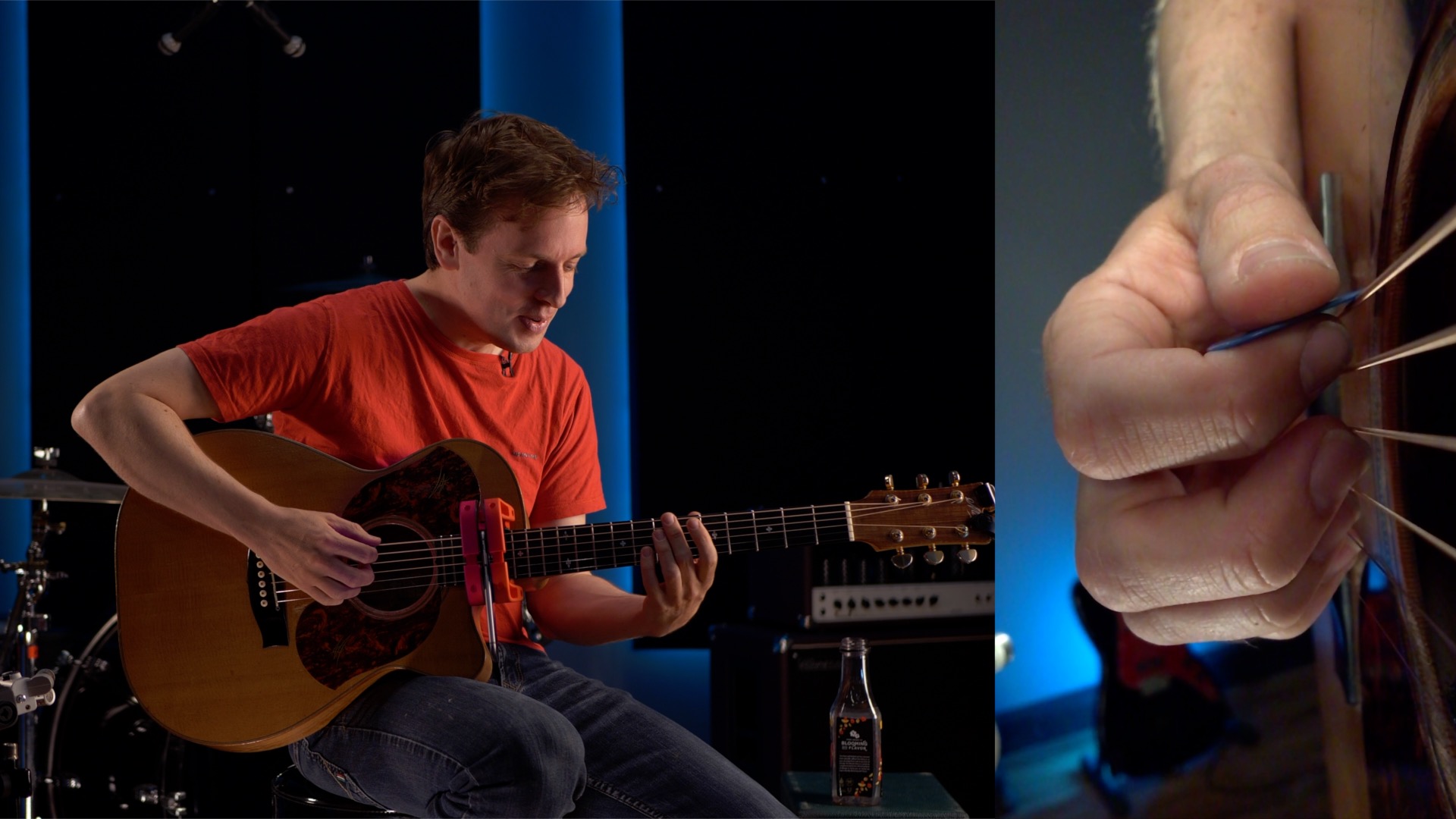 We’ve been speaking with the amazing Wim Den Herder for what feels like forever, to figure out a time for him to get out here to NYC. We were finally able to connect the dots a couple weeks ago. If you haven’t heard Wim play, his style is an utterly unique mix of jazz, funk, and prog punctuated by unexpected dynamic changes and instantly addictive melodies. And he delivers it all on a single acoustic guitar, like a space-age Tommy Emmanuel.

His tune “Wimpicking” is a great example of all these elements in full force. It was in fact specifically composed to have as many as three interlocking parts that sound like multiple players jamming at once. In the interview, we talked about the sequencer-assisted way he composes these lines to get the interlocking exactly the way he wants it. Once he has it down on paper (or well, the screen), then he learns the parts on guitar.

We also talked a lot about motor learning and improvisation, where Wim’s interests align really well with ours here at Cracking the Code. Here’s a great clip of discussing using the guitar’s idiosyncratic tuning to inspire different vocabulary in different parts of the neck:

As you can see in the Magnet shots, Wim is quite handy with economy picking. But this was the first time he had seen his technique this close. He was surprised that the pickslanting component of his form was this obvious. He had no idea he was doing this — he just worked these out by feel, until, as he described it, his descending lines felt like “falling down stairs”. When he saw how much upward pickslanting played a part in this feeling of sliding, it was the missing piece of the puzzle.

We don’t really need more evidence that even very analytical players still operate at a level of feel when it comes to learning instrument technique. But it’s still always particularly compelling when players like Wim and Martin Miller, who actually understand the mechanics we talk about in our features, are surprised to see themselves doing precisely the same things.

We have a growing back log of interviews to edit but we’ll getting back on track with these now that we’ve got the core instructional makeover underway in the Pickslanting Primer. Stay tuned!