The Frank Gambale interview is here! 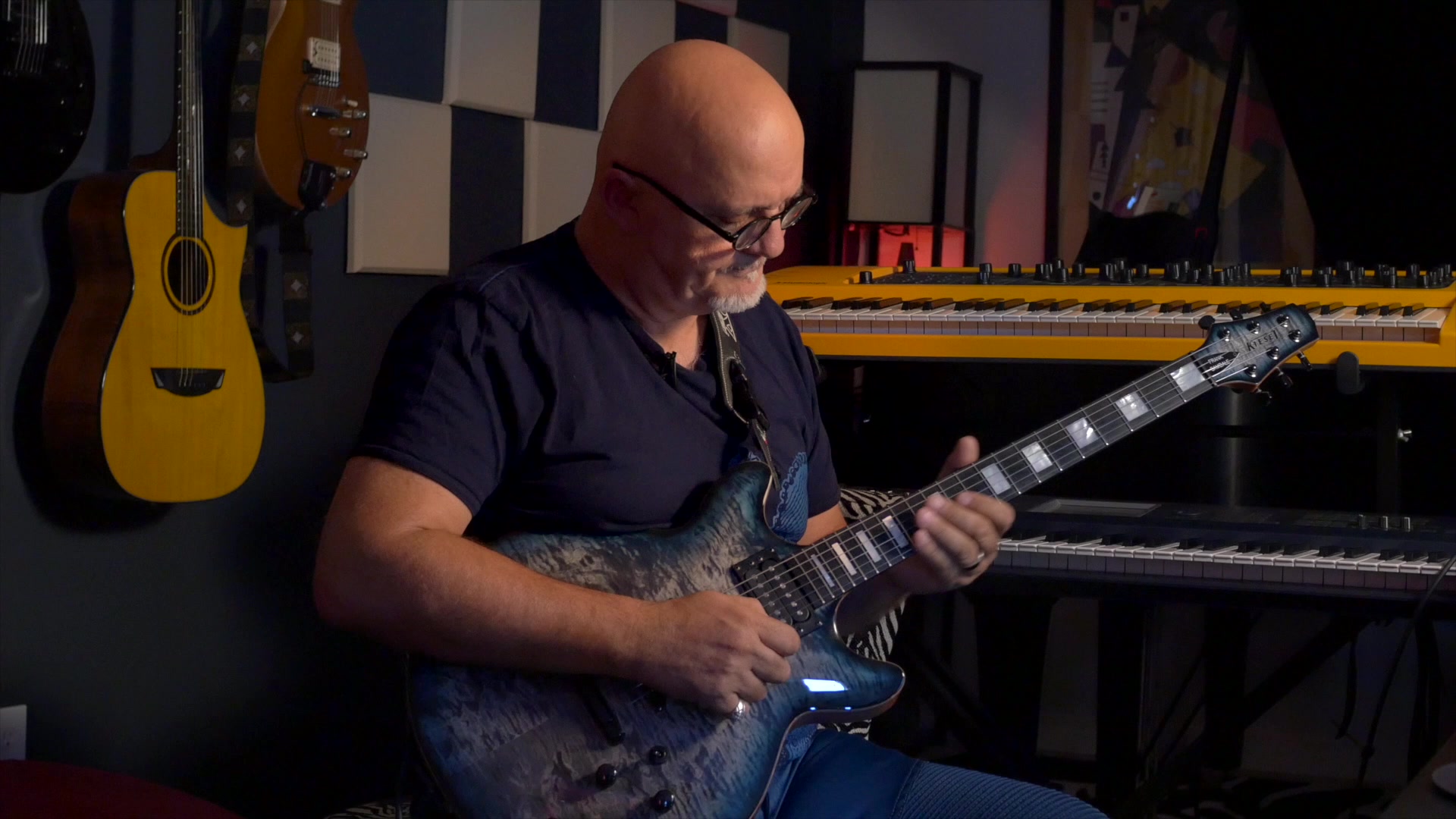 We thought you’d enjoy some Frank Gambale this weekend! We’re still working on tablature for the 100+ examples we’ve pulled out of the conversation, and we should have that by the middle of next week or so. But the interview itself is ready to roll on the Cracking the Code platform, so we figured we’d turn it on for those who’d like to get a look at it now. You can find it right here:

It’s a thrill and a privilege to get this kind of closeup view of what is arguably one of the most unique and influential guitar techniques of the last thirty years. And what hits you right away is just how thoroughly inseparable Frank’s improvisational style and his mechanical style really are. And I’m not just referring to what Frank calls the “most obvious sweeps” – the big, six-string movements that even non-guitarists could identify.

Perhaps even more “Frank” are the unusual melodic figures and rhythms that pop up when he’s freely orchestrating lines that flow across musical time. The guy has serious groove, even when he’s just tapping his foot on the floor to demonstrate a concept as he does at several points in our talk. As he does this, you can hear the basic pulse of the line, ornamented with blazing in-the-pocket triplet figures, but you can’t tell where all those notes are coming from. The clip we called “Mixolydian Changes Tk2” is a totally great example of this at work: 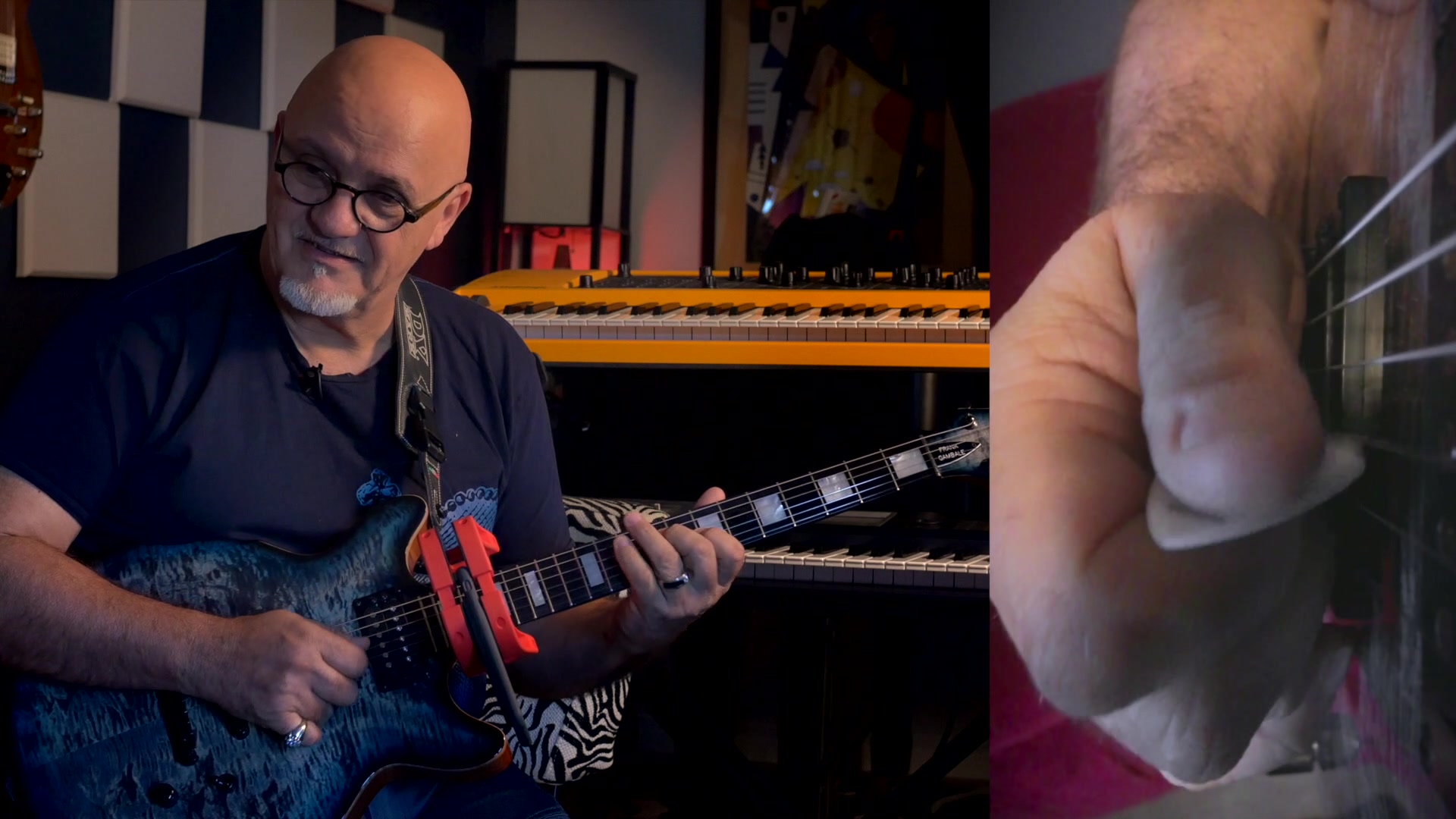 Switching over to slow motion makes things clearer and it’s really amazing. The intricate interplay of alternate and sweep motions that he’s using to get the syncopation and subdivisions working together makes you realize just how unlikely it would be for anyone to write these kinds of lines if you didn’t have precisely these mechanics to play with.

At Cracking the Code we don’t have a soapbox to stand on with any technique. They’re all great, and we want to know how they all work. Frank has taken this particular approach and built on top of that a style uniquely his own, to the point that you always know when it’s him playing, sometimes just from the tone alone. And that’s maybe the most powerful lesson here.