The Mika Tyyskä interview is here! 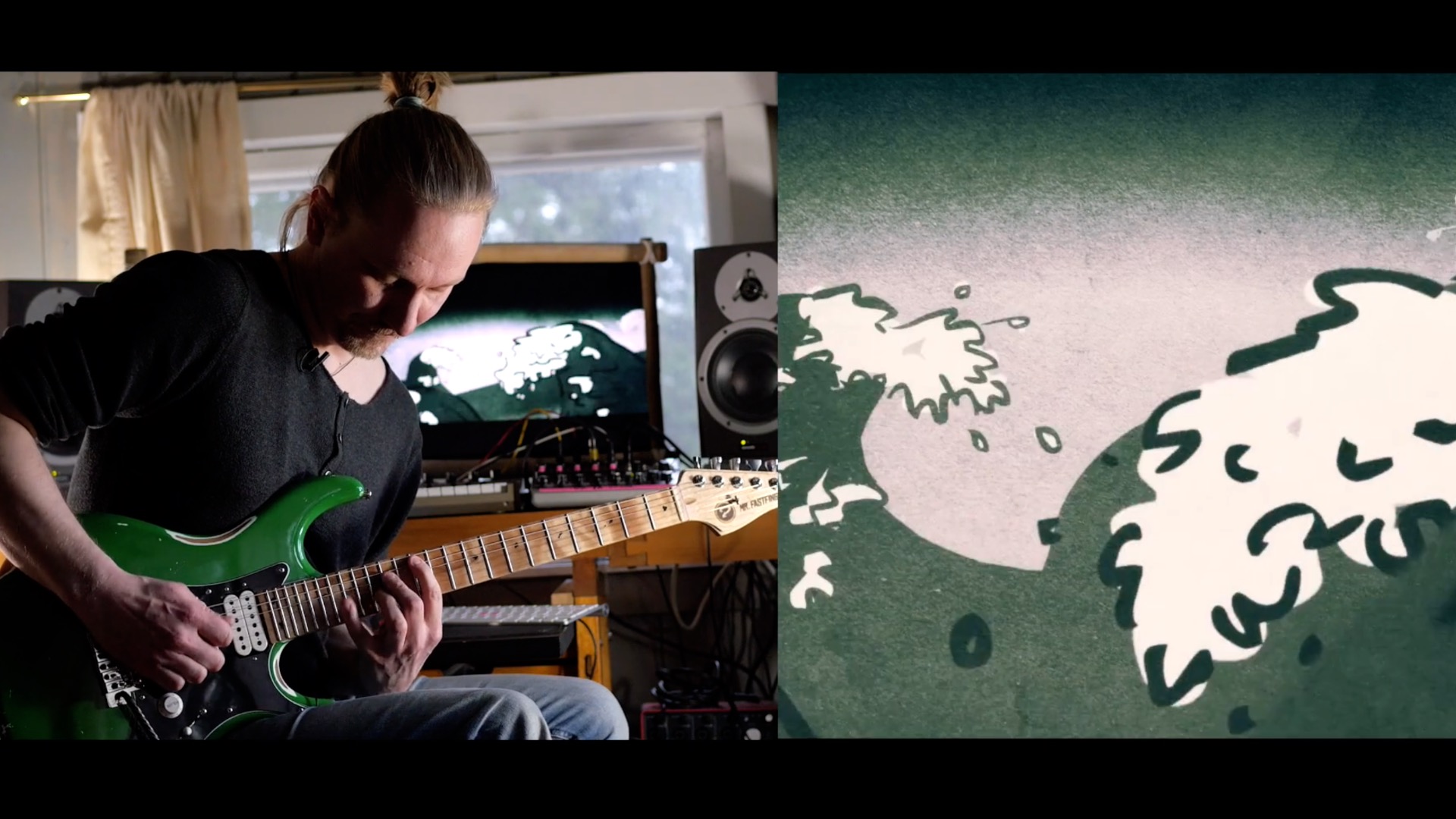 It’s time to enjoy the spellbinding sounds of an amazing musician who also happens to be an internet pioneer.

Mika Tyyskä is the creator of the Guitar Shred Show, an ingeniously inventive Flash animation that took the incipient guitar internet by storm over ten years ago. In the Shred Show, intrepid Web 2.0 surfers could use their keyboards to control a shredding avatar named Mr. Fastfinger. Armed with a battery of ’80s-inspired licks, the sensei-like Fastfinger waged musical warfare against an accordion playing demon who had possessed a horde of finger-tapping dwarves. The concept was clearly insane.

The game’s cartoon sensibility and musical sophistication was instantly endearing. And thanks to some clever Flash h4x0ring, its surprisingly responsive controls made it addictive to play even with the more limited connection speeds of the day.

Spiritually, the Shred Show was both cutting-edge and unabashedly nostalgic. It was filled with musical references to a golden age of heroes that had continued to inform guitar stardom even among those who were too young to have a wardrobe stocked with Spandex leggings. In other words, the Guitar Shred Show had all the ingredients of an internet phenomenon. And succeed it did, taking root in the nascent social media landscape during a fertile time after broadband but before YouTube.

More importantly, it served as the launchpad of a musical career for the Finnish art student and polymath wizard who was its creator. In our interview with Mika, we talk about the origins of the Fastfinger project, and his musical evolution since that time. He graciously performs two of his awesomely lyrical compositions, Be Wind My Friend, and Effortless. In fact, Effortless is complete with the same synchronized visuals you’d see at a Fastfinger show. Mika also gives us a tour of the truly inspiring sounds on his pedalboard, affirming that his artistry extends to the brushes and colors he uses, and not just the subjects he paints.