The David Grier Interview is here! 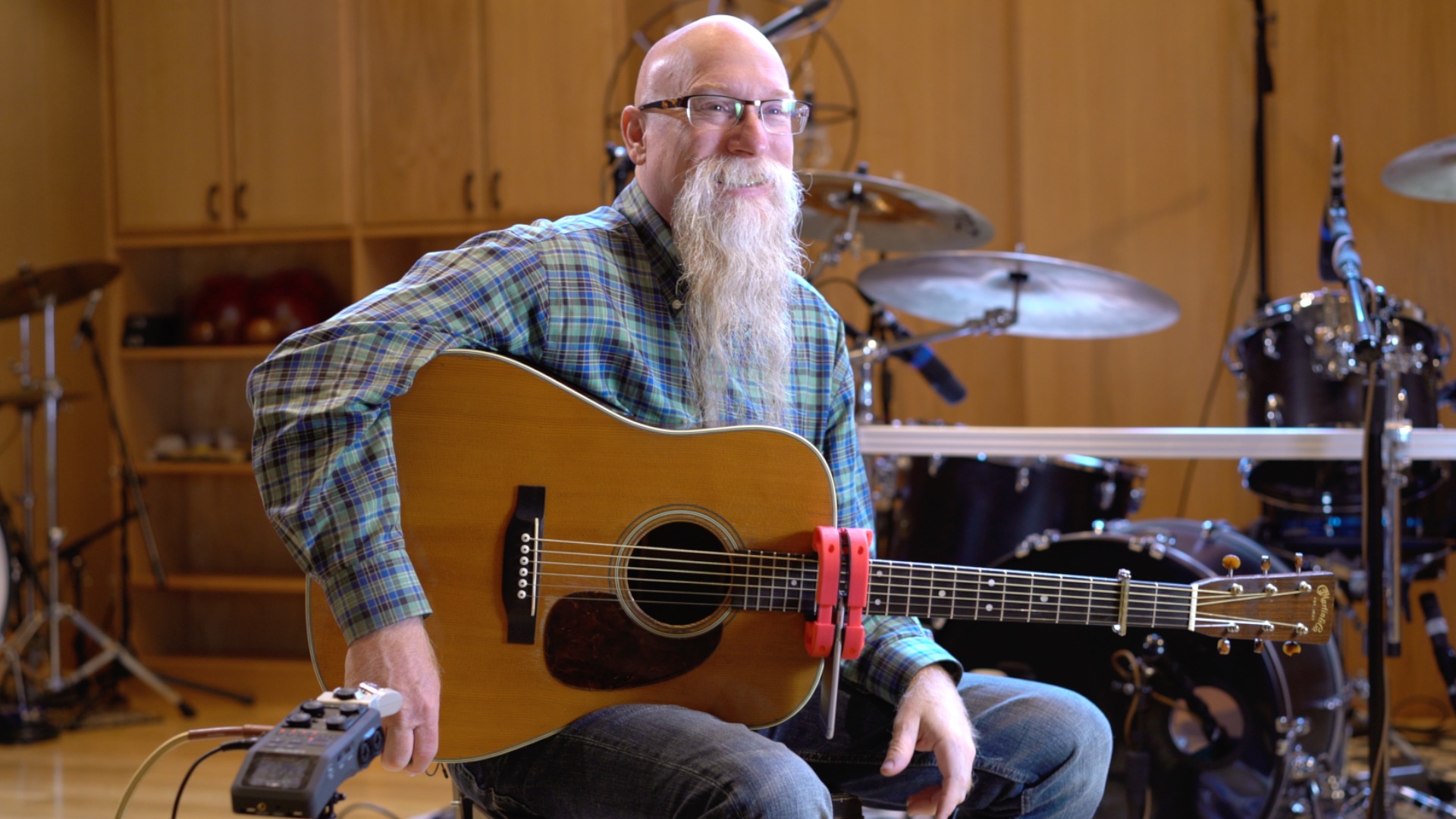 We just finished editing the David Grier interview for our Masters in Mechanics subscribers! Meeting David was a wonderful step forward in our quest to get a better understanding of crosspicking techniques in general, and bluegrass picking technique in particular.

With his seemingly effortless ability to merge linear melody and arpeggiated accompaniment, David sounds like at least two guitar players in one. His signature pianistic ripples of sound have won him accolades in the bluegrass community, where he is revered for his crosspicking chops. And his modern harmonic voice, both in his original compositions and when improvising over bluegrass standards, extends an olive branch to listeners and even to non-guitarists who approach from outside of it.

TRICKS UP HIS SLEEVE: In this clip from his Masters in Mechanics interview, David Grier rolls up his sleeve and proves once and for all there is neither rabbit nor ace of spades present, just good old fashioned wrist and forearm crosspicking mechanics.

The conversation delivers precisely the close-up view of David’s technique we were looking for. You’ll see in our discussion that David’s understanding of his own abilities is very much in the “do what comes natural” camp. But this wasn’t a combative conversation. There’s a big difference between someone who sees no value in deeper understanding, and someone whose personal approach to learning is simply of the intuitive variety. You could even say that in some sense, the whole point of Cracking the Code is to make the technical details of learning recede into the background, so we can return to the intuitive style of learning we’ve enjoyed on other instruments and in other activities.

In other words, what matters here is that despite differences in style, David still agreed to do the interview, and that says a lot about his open mindedness. He was game for whatever we asked of him, including rolling up his sleeves (literally!) to help us get a better look at his technique. In fact, the interview really “ended” at least twice, as we kept turning the camera back on when David politely asked if he could add more technical details or play another tune. Fantastic.

It was truly a privilege to get such a revealing look at a true master of his craft still at the peak of his powers. And as always, it’s our customers that make these investigations possible, and we’re grateful for the opportunity you give us to do this work.

There are two great ways to watch the David Grier Interview: