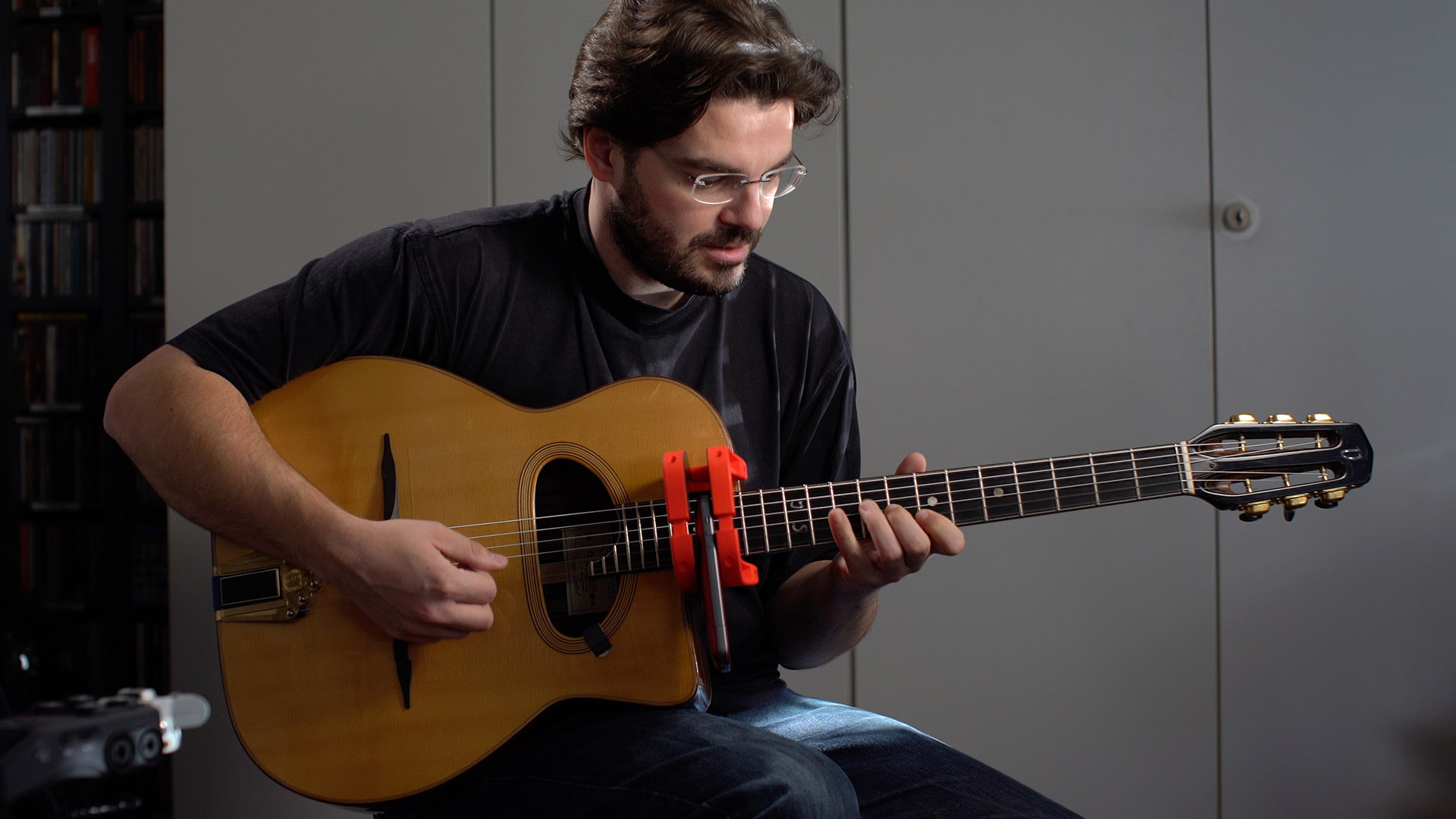 This amazing triple-feature is a multi-faceted investigation of Gypsy jazz history and technique. It includes an interview with Gypsy jazz master Joscho Stephan, complete with extensive lick and tablature downloads, as well as two conversations with experts on Django Reinhardt and Gypsy history and culture!

In the interview, we discuss the classic Gypsy flexed-wrist approach to forearm rotation, including a closeup look at Joscho’s amazing chord tremolo, multi-downstroke arpeggios and scales, and more. And we also discuss Joscho’s thoroughly modern two-way sweeping and legato passages that would be equally at home on any rock stage.

With one foot in tradition and another in the stratosphere, Joscho is truly a Gypsy for the twenty-first century.

How many pixels does it take to accurately capture one of the most talented hands in Gypsy jazz? The more the better!

In his arrangement of Django’s classic “Nuages”, Joscho employs a full complement of modern conveniences, from two-way pickslanting to sweeping.

The repeated downstroke string change is a signature of Gypsy technique that allows the player to maintain the highly flexed wrist position for maximum rotational forearm speed.

We spoke to Siv Lie, founder of the Initiative for Romani Music at NYU, about the cultural context of Romani/Gypsy music, Django’s singular influence on the genre, her research and fieldwork in France, and how Gypsy jazz has evolved post-Django.

Benjamin Givan is music professor at Skidmore College and author of The Music of Django Reinhardt. We spoke with him about his studies of Django’s music and it’s origins in jazz tradition, Django’s musical evolution, the improvisatory vocabulary of Gypsy jazz, and how he transcribed 200+ Django solos.