Cracking the Code is Back! (What Took You So Long?) 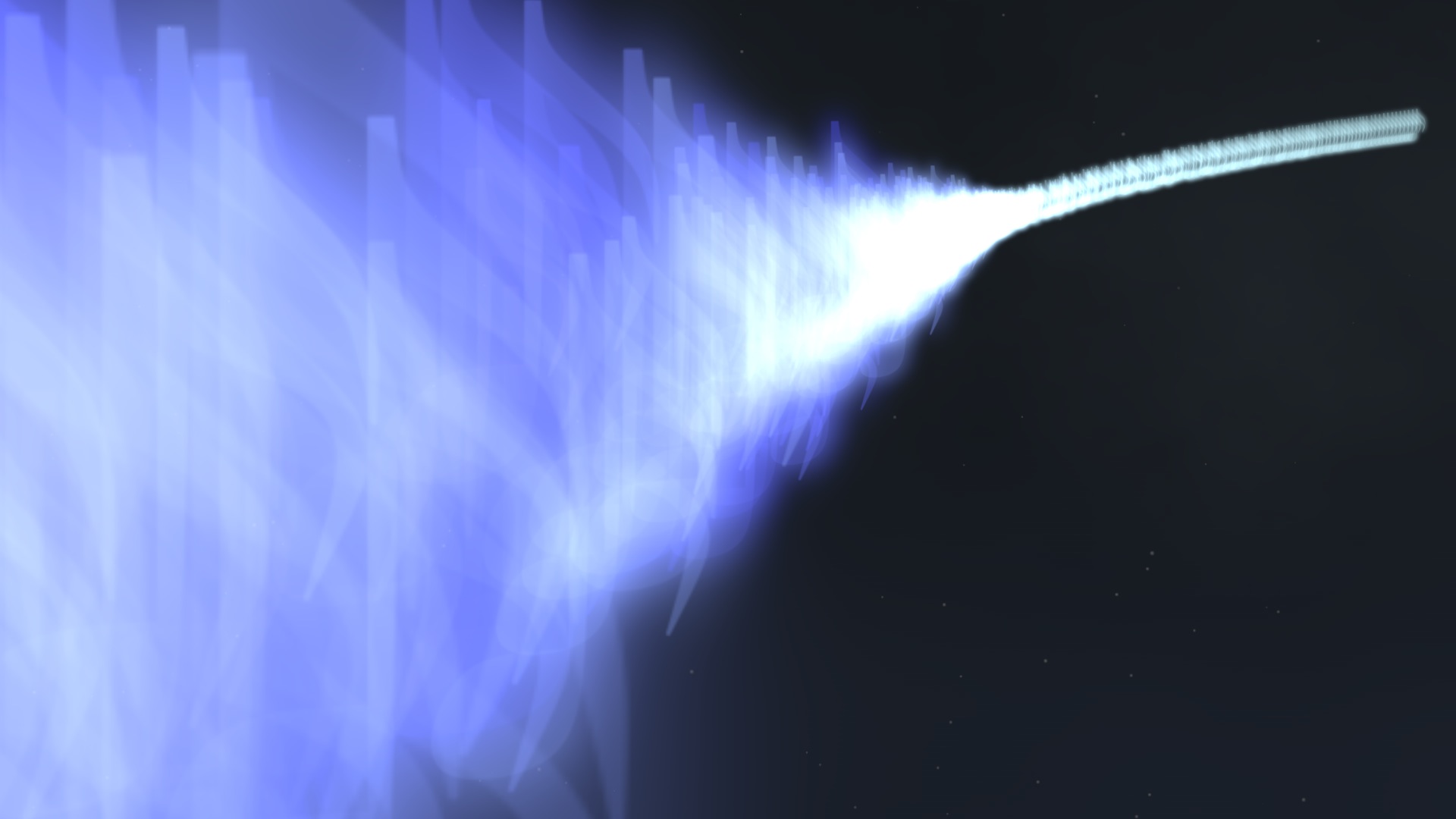 One Thing Leads to Another 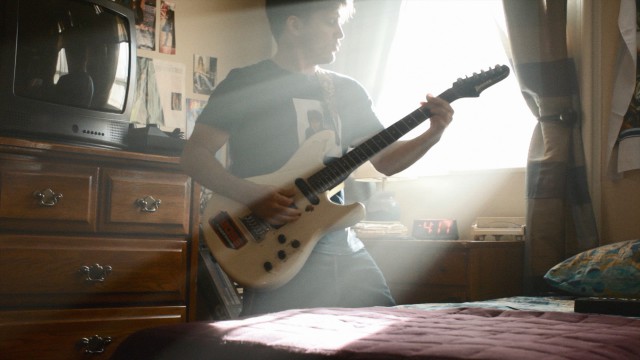 50 SHADES OF GRADY: Why do we guitarists inflict the pain of practice upon ourselves?

Did you ever get out to the parking lot, realize you forgot the milk and the eggs, and have to go all the way back inside? It’s just like that time you had that killer idea to film those guitar players in slow motion, and print it up on a DVD. But then you realized you left out the truckload of technical research necessary to understand it all, and, on top of that, the historical backstory explaining why anyone even cares about this stuff in the first place. Totally — happens all the time!

And so it is that a simple idea born in the era of spinning optical discs grew into the most detailed investigation of picking technique ever put to internet video: Cracking the Code, the series.

Across three seasons, and more than five hours of in-depth historical and mechanical analysis — and, for that matter, five hours of plain old fun — the puzzle of plectrum dominance is expounded, unraveled, and finally mastered. 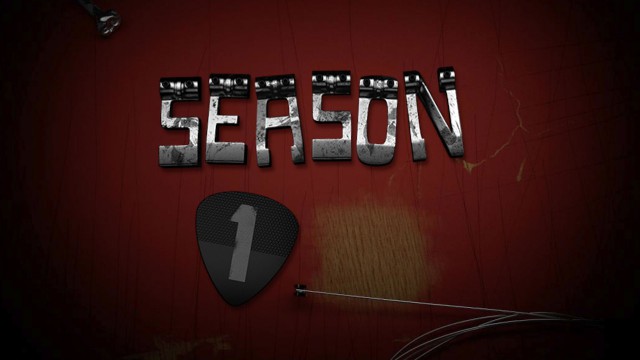 MUST-SEE TV: Fire up the Orville Redenbacher’s for Thursdays at 8 — Cracking the Code begins.

We had always intended to do a few free episodes as a fun introduction to the history of guitar technique in the ‘80s. After all, to the uninitiated, the mad quest for virtuoso abilities can seem a little like tilting at windmills. And we wanted to tell that story in the personal and utterly non-quixotic way that guitar players embrace it. Well, a few years and a few thousand hours of wrist-busting, carpal tunnel-inducing work later, those free episodes have become something much bigger.

Season 1 of Cracking the Code charts the central problems of fast playing as experienced by anyone who’s ever attempted valiantly to surmount them. At almost an hour and a half of tightly integrated live action, animation, and soundtrack, Season 1 grew well beyond our initial plans of a simple free teaser. At the same time, it gave us an intensive opportunity to craft our visual and sonic presentation for the hard-core technical explorations that lay ahead. It was an insane guerrilla raid down the rabbit hole of animation design and rendering, composing, recording, and mixing, and cinematography. 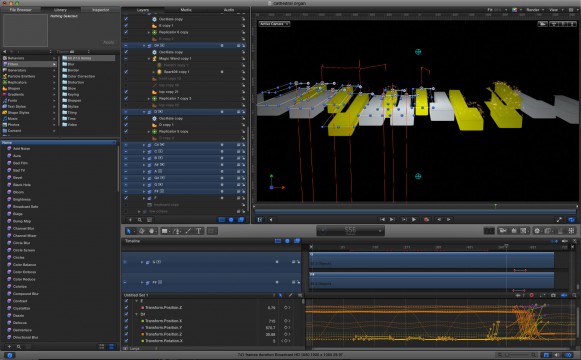 PIXEL PALIMPSEST: Refining and re-refining the keyframe contortions of a typical Cracking the Code Motion project.

But we made it out alive — and now it’s your turn.

The first episode of Season 1 streams for free on November 7th at 8pm. New episodes air Thursdays at 8, every two weeks thereafter. (Why Thursday at 8? Just ask Cliff and Clair.) You can watch previews of every episode in Season 1 — all eight of them — on the Season 1 page of the site.

And if you really dig what we’re doing, you can actually download the entire season in HD for five bucks. You’ll get each episode a week early, so you can be the first kid on the block with a Red Ryder Carbine-Action Two-Hundred-Shot Range Model Air Rifle — or at least the guitar show equivalent, in terms of sheer awesomeness.

Doing the math, that means Episode 1 is actually ready to download and watch, in its entirety, right now. Just be careful not to shoot your eye out. 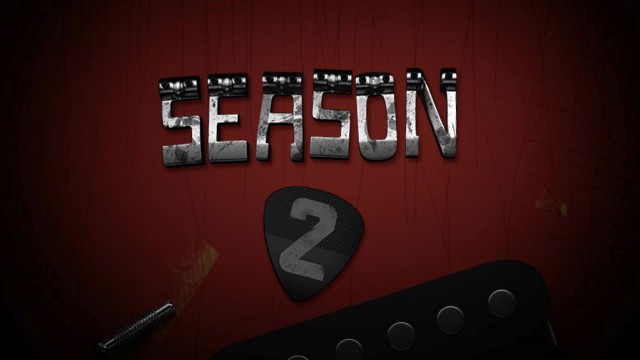 RESEARCH AND DESTROY: The most comprehensive investigation of picking mechanics ever put to video.

Hacking together a high-speed laptop camera in the era of flip phones and SD camcorders was one thing. Convincing a collection of the world’s greatest players to sit for such an investigation was another. Interpreting that footage was another still.

In fact, the journey toward a more comprehensive understanding of advanced picking technique had actually begun long before. The first breakthroughs had taken shape as a research project at Yale University in the early ‘90s. This was followed a decade later by a second round of insights specifically targeting the multi-string scalar alternate picking techniques on display in features like the Amp Shopping shootout on my web site. 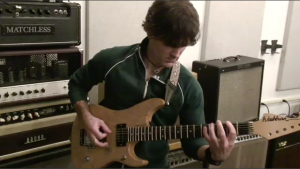 REFINING THE MODEL: Alternate picking mechanics start to come together.

The result of all this was a new model for understanding plectrum technique, built from a kind of standardized mechanical language employed at an intuitive level by master players in all genres. Clocking in at nearly twice the length of the first season, Season 2’s many investigative twists and turns unfold over the course of 16 episodes and nearly three hours of screen time. The sheer quantity of forensic examination is such that, like a classic spool of magnetic polyester tape, we’re splitting Season 2 into two phenomenally detailed halves:

Side A recounts the unraveling of perhaps the most fundamental concepts in efficient picking, utilized by a wide swath of guitardom from rock to jazz. Along the way, we take a more detailed look at the structure of string changes, the paradoxical challenges of partial picking, and the unlikely mechanical similarities of guitarists as diverse as Yngwie Malmsteen and Eric Johnson. 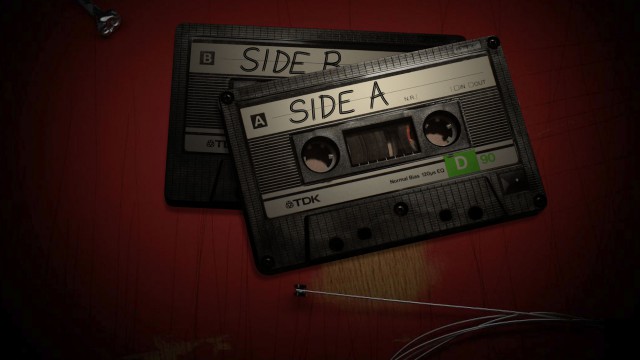 A STORY IN TWO PARTS: The technical investigation of Season 2 spans 16 episodes, 3 hours, and 2 incredible miniseasons.

Side B extends the model to enable fretboard- and direction-independent picking of arbitrary quantities of notes per string. It elaborates the basic framework necessary for tackling the impossible scalar excursions of famed alternate pickers like Michael Angelo Batio, Vinnie Moore, and Paul Gilbert. We take another look at the age-old dilemma of elbow and wrist motion mechanics. And just when we thought we knew what we were doing, we run up against some mysteries we simply can’t solve with the analog tools of the day.

Awesome. So how do I get it?

Go Ahead, Order Us Around

We rolled out the red carpet in making Season 1 as accessible as possible: free to stream, and cheap to download. It was a ton of work, but it was also an opportunity to tune the engine of our visual style and production process. Now that we’re firing on all cylinders, we need your help to make Season 2 a reality. We’re taking preorders to begin production on the first half of Season 2, called Side A. And we’ll get cracking (cough) as soon as we hit 3,000.

With a completion target of summer 2014, production on the 8-episode Side A miniseason will take a month per episode. But if we can fast-track our preorder goal, we’ll begin releasing bi-weekly episodes midway through that schedule. Spring forward indeed! 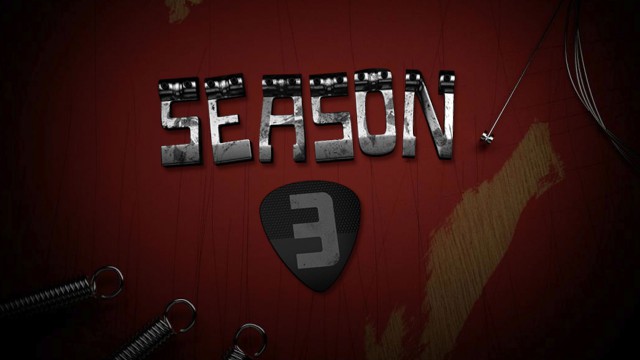 THE MYSTERY OF MASTERY: Season 3 translates the theoretical to the practical and completes the puzzle of practice and perfection.

If Season 2 was about discovery, then Season 3 is all about mastery. And what better way to attain it than by example? Armed with a detailed understanding of the mechanics of picking, and outfitted with a cutting-edge weapon in the form of a 120 frames-per-second, raw Bayer-pattern FireWire camera that records directly to RAM, we hit the road to take a close-up look at some of the world’s most celebrated picking techniques in action.

Along the way, we learn that a few things don’t work the way we thought. And much like the proverbial tree that falls in the forest, we also discover a few amazing things we could previously neither see nor hear. In fact, with so many secrets to uncover, you might immediately assume, as I initially did, a sort of gentleman’s agreement among professionals — the way only other magicians know how to saw the assistant in half.

But to film and analyze a dozen or more players at the highest level of technical achievement, totally unguarded and often unaware of their low-level mechanics, is to come face to face with the beauty and power of intuitive expression. What is ‘understanding’ if not the ability to employ a skill to total creative end? It is, in a way, the highest kind of zen. And most of us musicians are shooting for precisely that.