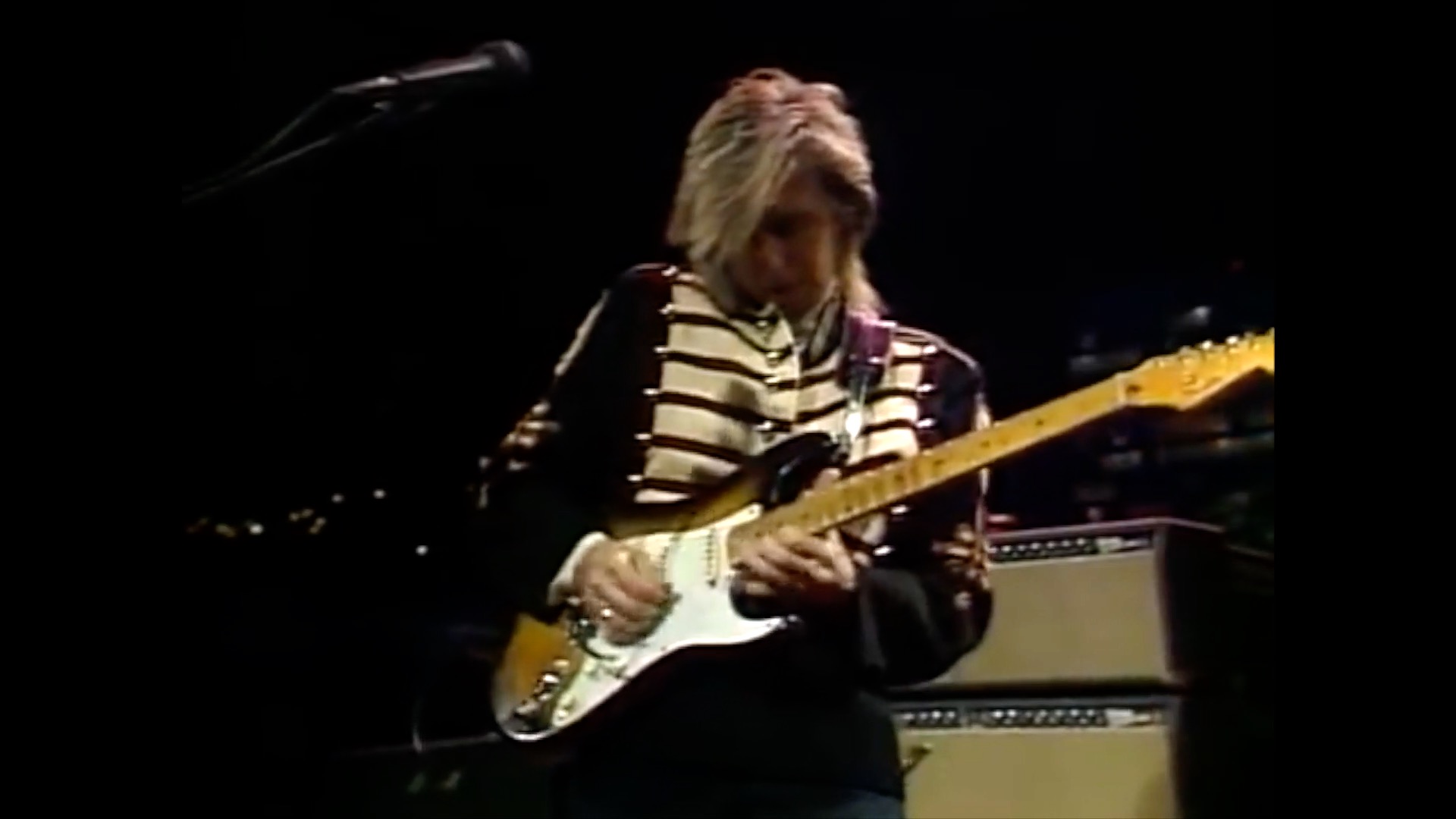 Position II of the pentatonic scale is of course important because of its physical connection to the box. In E, it’s the last stop before the open string, and it’s called upon as part of every full-fretboard cascade in that key. But it turns out to be even more critical in Eric’s vocabulary for an entirely different, and highly specific reason: it’s the one pentatonic position where many of his ascending lines happen, and we’ll see how this is done later on.