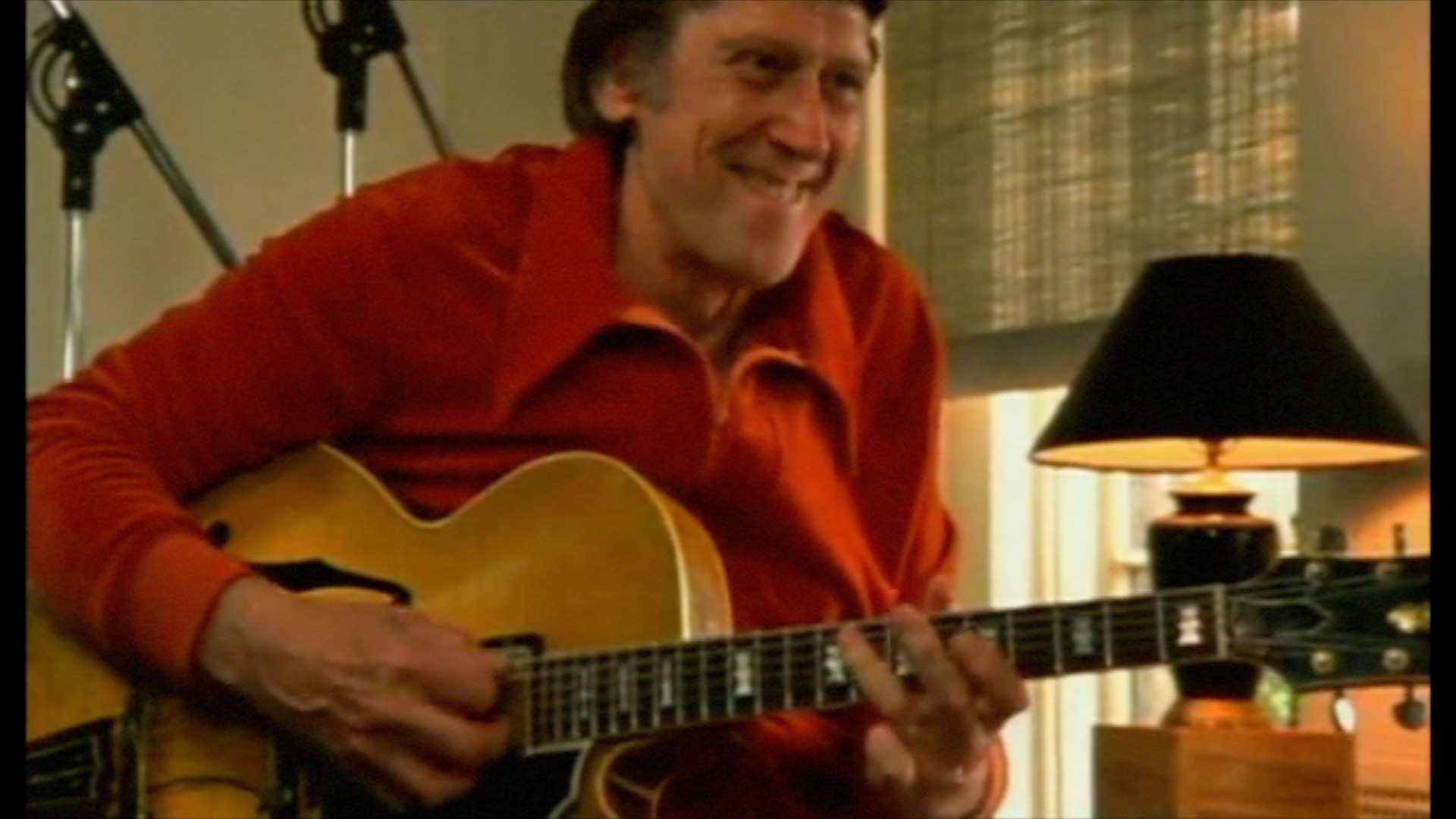 Today we’re going to take a look at one of the pioneers of bebop guitar: the amazing Tal Farlow.

Along with Jimmy Raney, Chuck Wayne, Johnny Smith, and a small handful of others, Tal was among the first cohort of players post Django and Charlie Christian to display what we might think of as a modern level of virtuoso picking technique in jazz guitar. Given how little there was to learn from, it’s perhaps no surprise that Tal sounded like no one before him and arguably like no one since. What’s more surprising is the picking style he used to do it:

As you can see in slow motion, Tal was a USX, or upstroke escape player. The USX system is the family of techniques that encompasses players as diverse as Django and the Gypsies, George Benson, Yngwie Malmsteen, Eric Johnson, and Marty Friedman. Its characteristic trait is the escape trajectory of the picking motion, where only upstrokes escape the strings and downstrokes remain trapped:

This imposes certain constraints on fretting possibilities, namely, that for maximum efficiency, only upstrokes or downstroke sweeps can be the final note on the string.

Taken to the logical extreme in Tal’s playing, you’ll see lots of occurrences where the upstroke is the only note on the string: 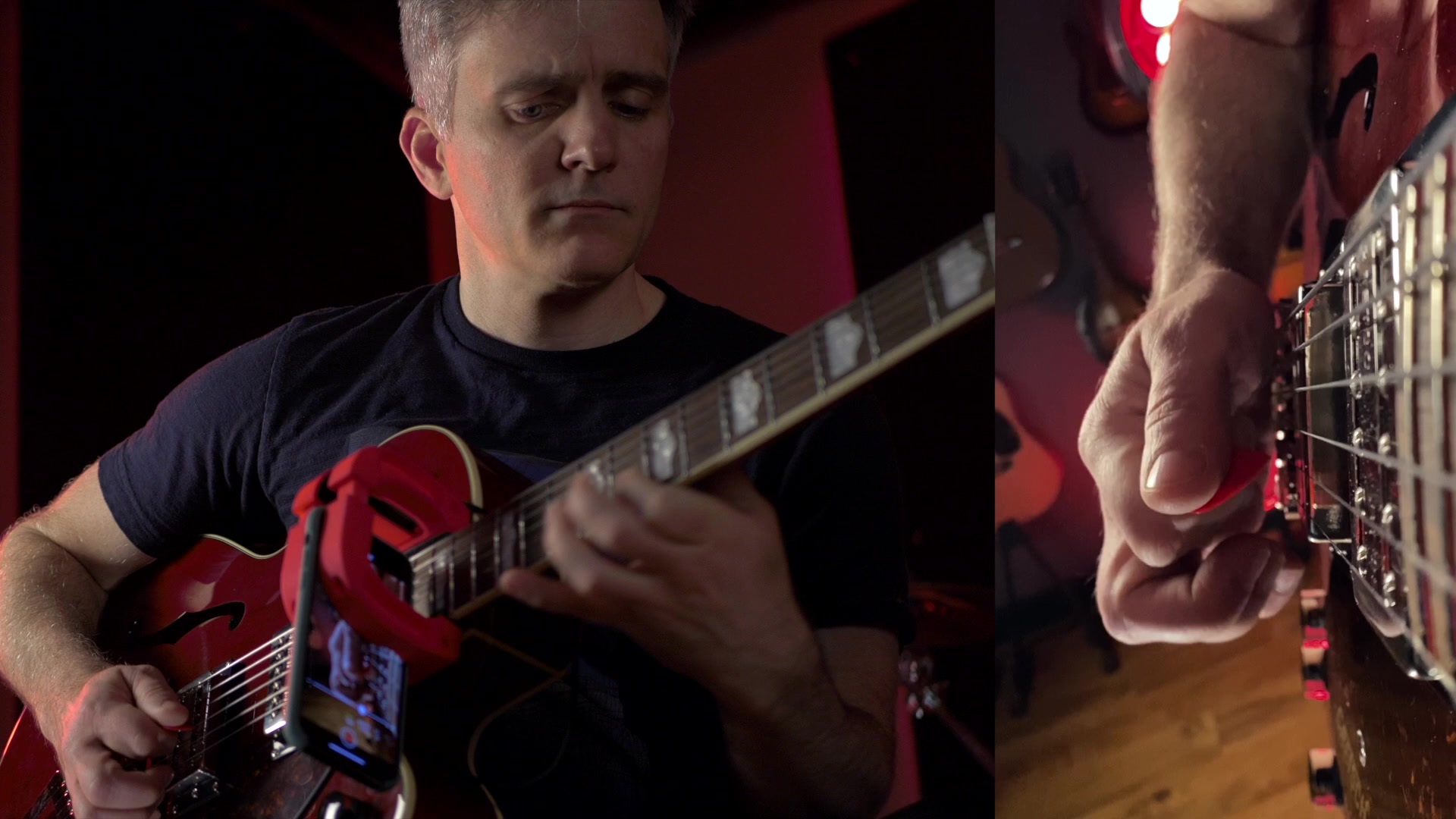 Much like Yngwie’s three-string arpeggio, the use of a single note on a string requires the use of an upstroke to maintain string switching efficiency. This forces legato on the immediately preceding string, which in turn forces more than one note on that string.

Arpeggio Up, Arpeggio Down

Working backwards like this, we arrive at many of Tal’s signature upstroke-slide and upstroke-pulloff combinations. These amazing descending lines frequently involve wide intervals, interesting arpeggios, and daring position shifts. Contrary to the old saw of “arpeggio up, scale down”, this results in the uniquely Tal sound of “one mechanical approach to arpeggio up, another mechanical approach to arpeggio down”. Amazing stuff.

Often, when we present the USX playing style and its attendant rules, jazz players especially object. Such a restrictive rule set couldn’t possibly work for jazz, and especially not for bebop. A truly free improviser would need to be a master of pure alternate picking, to be able to play anything that comes to mind. Or so the objection goes.

But as Tal shows us, what comes to mind is the key. Pure alternate players don’t often go for the kinds of lines Tal did, because when you can pick anything, it’s easy to fall back on the straightforward shapes that are right in front of you, instead of the unusual ones that are just around the corner. Part of the reason for this is that some of the combinations that Tal employed, which intermingle downstroke sweeps and alternate string changes, are arguably less idiomatic for a pure alternate player than for a USX player. As a group, USX players like Tal tend to be masters of one-way economy picking, and don’t hold themselves too strictly to the rule of always maintaining downstrokes on downbeats. This, again, opens up fretboard possiblities that a pure alternate player might simply not think of.

So for a shot of creativity, try transcribing a few of Tal’s unorthodox leaps of fretboard fancy, and inject some novel thinking into your vocabulary no matter your picking style.