Headless in the Saddle

Cracking the Code takes on the Legend of Sleepy Hollow 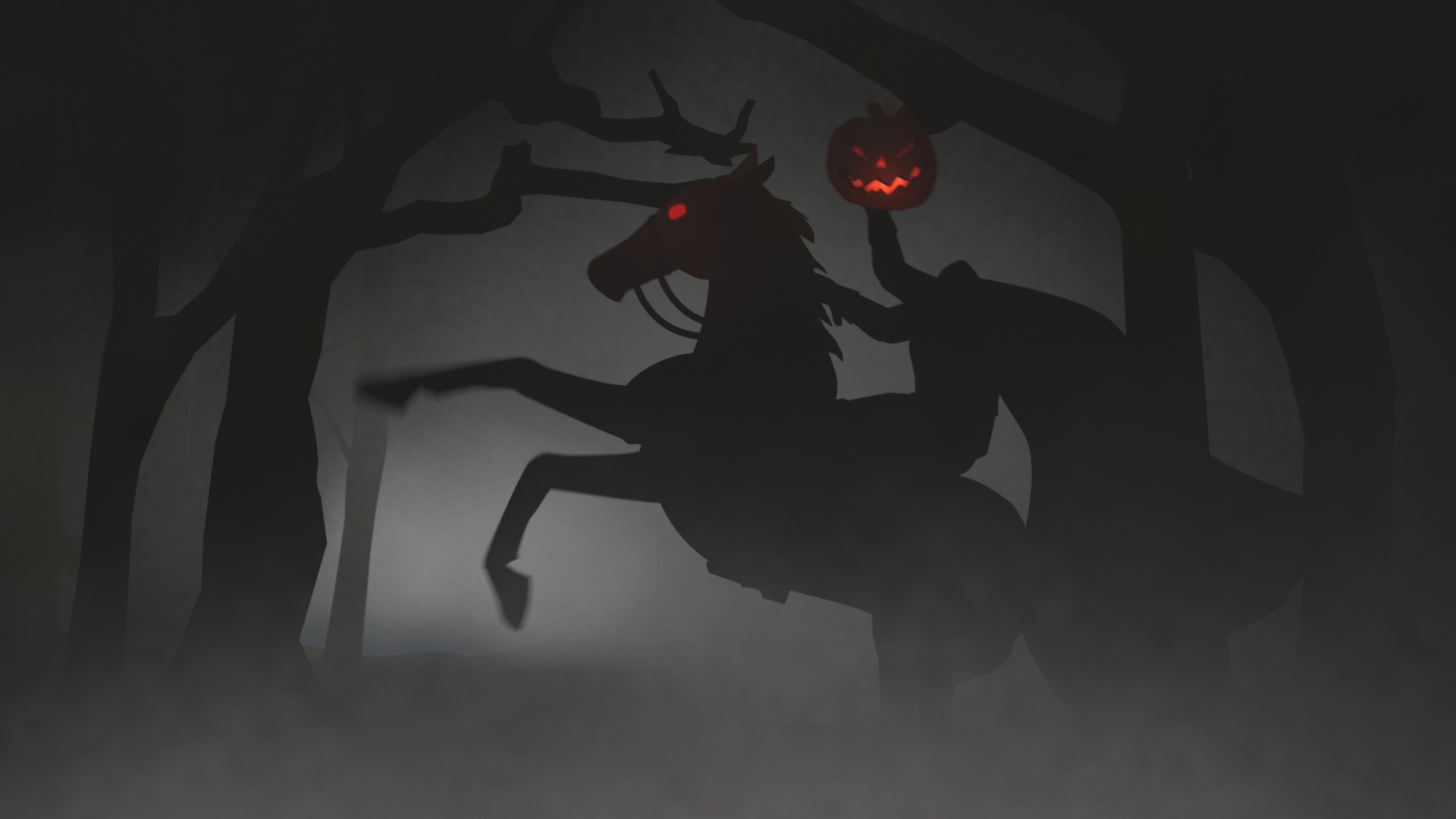 The only thing more terrifying than being chased by a guy with no head is doing justice to an American icon in animated form. So when author and historian Betsy Bradley approached us about applying our animation chops to the Headless Horseman’s famous equestrian pursuit of Ichabod Crane, we were quaking in our boots.

On the one hand, this would be the official trailer for the Penguin Classics release of The Legend of Sleepy Hollow, And Other Stories. Washington Irving’s classic short story collection, curated in this edition by Bradley, is not just the provenance of our most famous undead Hessian mercenary. It’s also the appearance of our nation’s most famous slacker: Rip Van Winkle. Both American icons, incidentally, are conflated in the currently popular FOX show Sleepy Hollow, about a centuries-old Ichabod Crane awakened in modern times, and battling not only the Horseman, but a host of retconned characters from other fables. 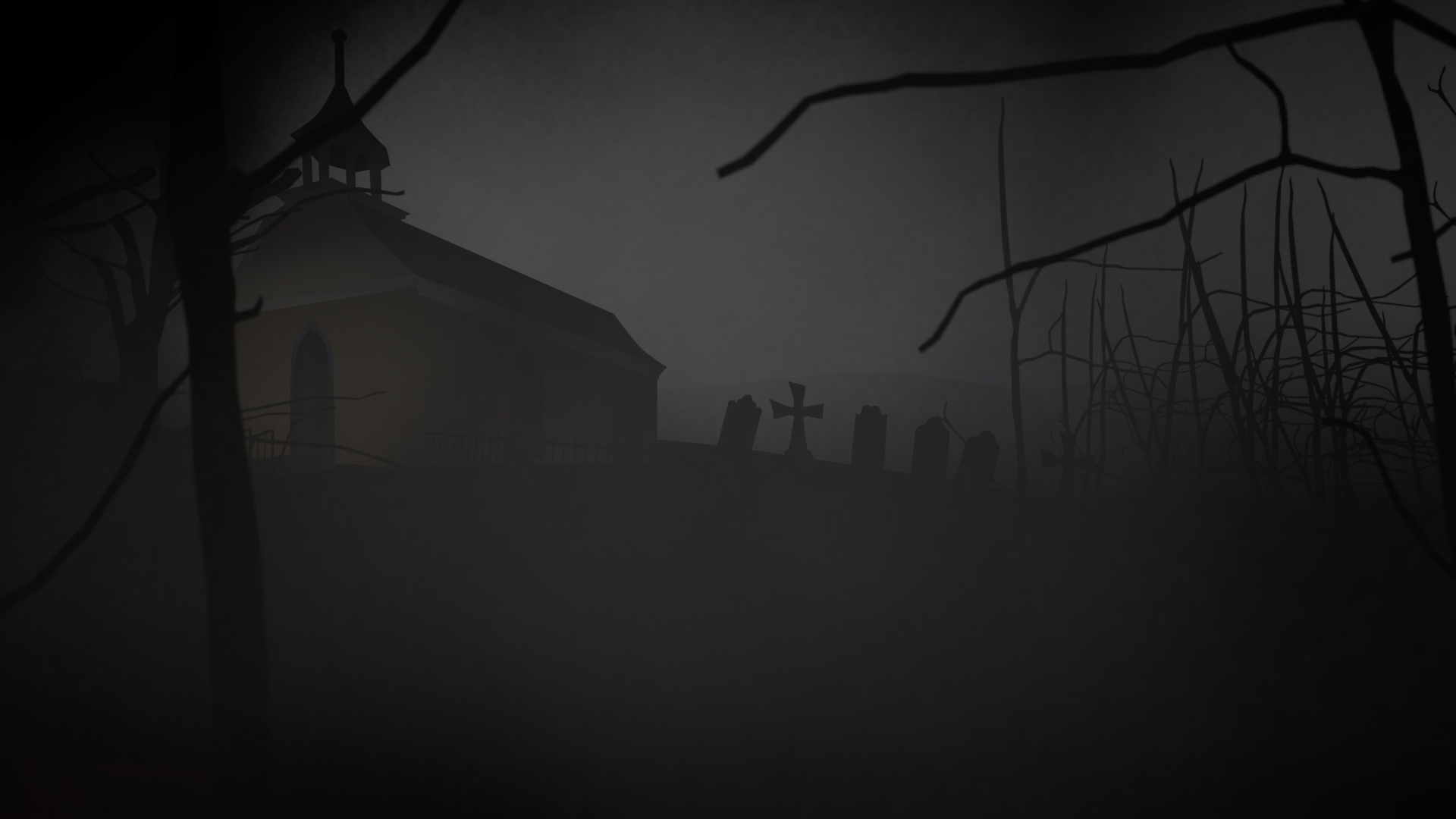 On the other hand, the bill would be footed by none of than Historic Hudson Valley, the actual caretakers of Washington Irving’s residence in the town of Sleepy Hollow, New York. And the timing is no accident. As you might imagine, the Halloween season is rather big business for those that trade in black stallions and flaming jack-o’-lanterns.

Hudson Valley sees tens of thousands of visitors to its Horseman-themed attractions in October, and that revenue stream is critical to supporting the company’s valuable work in maintaining not just Washington Irving’s Sunnyside residence, but also the Kykuit Rockefeller Estate, Van Cortlandt Manor, and an array of New York historical and cultural landmarks.

TO THE BRIDGE: Irving wove real people and places into his tales, like the rickety country bridge at which the chase reaches its fiery finale.

And while our animation and soundtrack chops have served us well in the fantastical world of Cracking the Code, employing them in the custodianship of a slice of American history was quite literally another story entirely. And we know every parent wants their kids to look good in school pictures. So we were careful to do justice not just to the characters themselves, but also to real Sleepy Hollow landmarks like the Old Dutch Church, and of course, the Headless Horseman Bridge which sees the chase to its fiery finale.

So, you know, no pressure!

Our rousing ride through a spooky sylvan stretch of 19th-century Westchester County blends cinematic cues from the celluloid adaptations of the silent film era, Tim Burton’s ’90s retelling, and of course Disney. While we stuck with the familiar themes of looming dread and flying pumpkins, we were surprised to learn that the Horseman of Irving’s tale doesn’t launch a lantern so much as an actual human head. His own, to be precise. 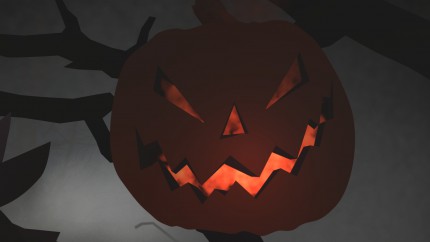 HOT HEAD: You don’t know Jack. And you can be thankful for that.

It is only the townsfolk, by the light of the following day, who discover a smashed pumpkin in the road by the bridge. This phantasmagoric ambiguity is clearly intentional. The story and its fictional narrator are entirely unclear as to whether the horseman was real, impostor, or simply imagined. That no trace remains of the story’s gangly protagonist only completes the illusory atmosphere.

If you find yourself similarly enchanted with Irving’s timeless story of gloom, galloping, dread and disappearance, hit up the Amazon link and pick up a copy of The Legend of Sleepy Hollow, And Other Stories for yourself.

And Happy Halloween from Cracking the Code!